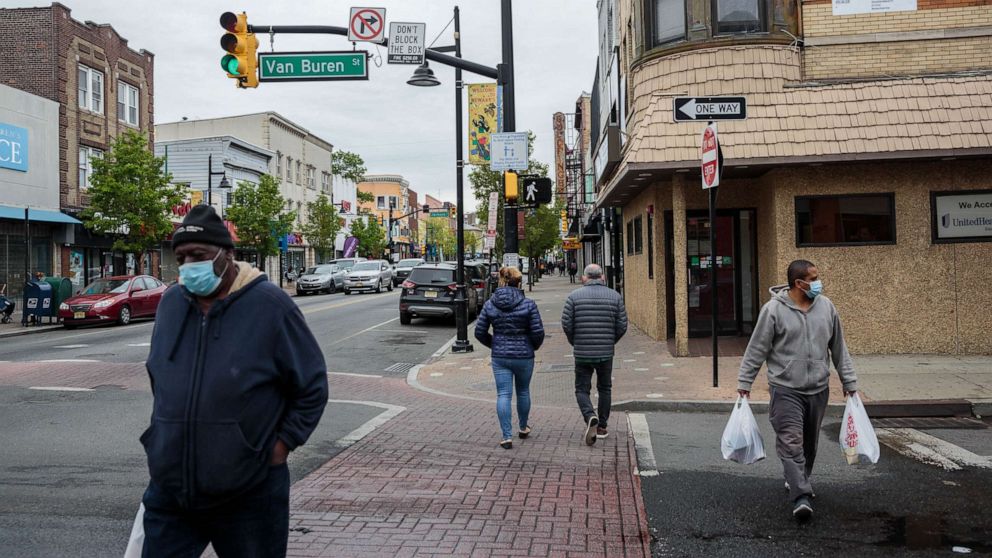 The most populous city in New Jersey has launched a pilot program to give guaranteed income to some residents, as the pandemic has exacerbated the racial wealth gap and exposed the economic vulnerabilities millions of Americans face.

Experts say success in Newark, New Jersey, a neighbor of New York City, could set a precedent for other communities around the country to follow suit as the nation seeks to equitably recover from the economic devastation wrought by COVID-19.

“We must emerge from the COVID-19 pandemic with new purpose, new vision and new ideas to transform our community and truly improve the quality of life of our residents,” Newark Mayor Ras Baraka, a Democrat, said in a statement earlier this week. “Here, we have an opportunity to directly empower and strengthen hundreds of lives immediately, while also demonstrating how to do so to the entire nation.”

The Newark Movement for Economic Equity, launched by Baraka on Monday, is a two-year research study that will give unconditional cash payments to economically vulnerable residents. The pilot program is starting with just 30 residents, but is set to expand to 400 residents in the fall. To qualify, participants must be Newark residents who are at least 18 and have income levels at or below 200% of the federal poverty threshold.

Some $2.2 million to date in private funds from local philanthropic groups and beyond have been raised to support the pilot program, and a statement from the mayor’s office said they are continuing to seek donors for the initiative.

If it is successful, the group has said on its website it anticipates it will be funded through state or federal money.

The median household income in Newark was $35,199 according to 2019 Census data, with more than 27% of the population living in poverty. Census data also shows that more than 50% of the residents identify as Black.

The program was launched in collaboration with Mayors for a Guaranteed Income, a national program spearheading guaranteed income pilot programs across the U.S., and the research study will be led by the Center for Guaranteed Income Research (CGIR) at the University of Pennsylvania School of Social Policy and Practice.

“Guaranteed income is essentially just an income floor, an agreement that we decide individuals should not fall beneath,” Stacia West, the director and co-founder of the Center for Guaranteed Income Research and a professor at the University of Tennessee College of Social Work, told ABC News.

She said they started their experiment to study guaranteed income in 2017 in a program that eventually launched in Stockton, California, dubbed the Stockton Economic Empowerment Demonstration. Currently, they have more than 20 pilot programs for guaranteed income in communities across the country.

“The best ones are the ones that are completely community-based, and I think that’s what you see here in Newark,” she said. “The mayor’s team partnered with local community-based organizations to identify a group of individuals that they felt were really struggling the most economically, both pre-pandemic and throughout it, and those happen to be individuals that are housing insecure.”

The pilot program is especially targeting residents who are formerly homeless, formerly incarcerated, undocumented or aging out of the foster care system, according to a statement from the mayor’s office.

“In 2017, people were like, ‘You all are are crazy, you can’t just give people $500 a month,'” West recalled. “We have a lot of entrenched narratives, that are frankly rooted in anti-Blackness, that suggests that people are somehow going to misuse the money.”

West said the Center for Guaranteed Income Research, however, has seen “a really dramatic return on investment” for guaranteed income.

“We saw more people moving from unemployment or underemployment to full employment,” she said. “We followed people who were meeting the criteria for depression and anxiety, suddenly feeling much better, no longer meeting those clinical criteria.”

Their preliminary data comes as the nation debates whether enhanced government aid via unemployment benefits is disrupting the labor market by leading to less people working.

West said she hopes the Newark initiative, one of the largest cities in the pilot programs, could set a model for other cities to follow suit.

“The point is to test out a policy proof-of-concept, to make good science-based policy that results in better health, economic and social justice outcomes,” she said. “So if what we see not only from Newark but from the other 26 pilots that we’re running is that individuals seem to be doing better in terms of those domains of health, education, economics, how they’re doing parenting their children — then why would you not scale up the policy?”