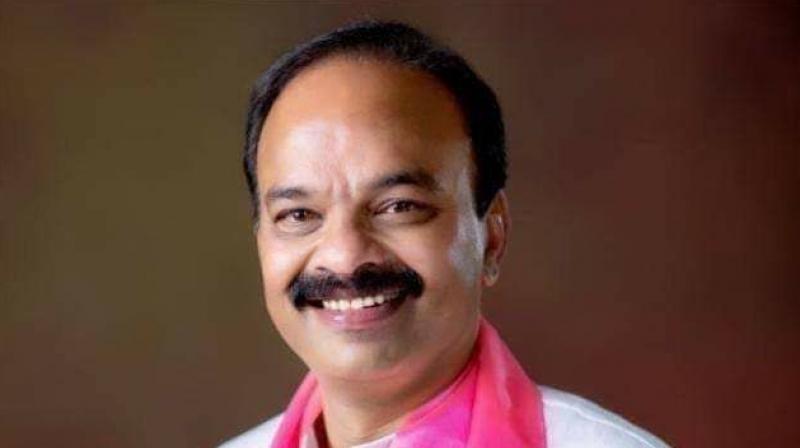 After the political guillotine of reprisal fell on former health minister Eatala Rajendar, who was removed from the Cabinet and a series of blitzkrieg investigations launched into his alleged land dealings, the political gaze within the Telangana Rashtra Samiti (TRS) has reportedly turned into a deep scrutiny of his closest aide, long-term business partner and Parliamentarian elected to the Lok Sabha from Chevella, Gaddam Ranjith Reddy.

Ranjith Reddy, originally a resident from Karimnagar, was elected from Ranga Reddy district’s Chevella constituency representing the TRS, and was named by Rajendar, who has fallen from grace in the pink party, as his closest business aide to further his argument of innocence.

“I have been in the poultry and other agri-businesses in a bonafide way since over three decades in partnership with Ranjith Reddy. We have brought lands legitimately,” Rajendar reiterated several times during his pressers in the last week.

Confirming the development within the party’s higher echelons, a senior party leader, said, “The party, after taking stern action on Eatala, has been keeping a keen eye on his loyalists, and those considered close enough to him to join his bandwagon in future. While action against Putta Madhukar is at one end of this plan, keeping a close vigil on the activities of Ranjith and business nexus with Etala is at the other.”

Madhukar, a TRS leader, who was arrested by Telangana police in Andhra Pradesh on Saturday, had “disappeared” last week, after social media accusations surfaced of payment of Rs 2 crore for the broad daylight murder of the lawyer couple, Gattu Vaman Rao and P.V. Nagamani, in February. Madhukar’s nephew Bittu Srinu was arrested along with others for the murders, and Chief Minister K. Chandrashekar Rao was forced to concede their party affiliation.

Ranjith Reddy, a near life-long partner of Rajendar, is a highly successful entrepreneur and was one of the richest candidates in the Lok Sabha fray in the 2019 elections. He claimed to have been close to the party since its inception but in the capacity of a backroom supporter. He beat the outsider tag to win a closely fought election in Chevella, one of the most diverse constituencies in the country, on debut.

“The party knows the conflict for Ranjith, who must surely feel cornered and concerned right now, is between business and politics. As investigations unveil more about the dealings of the former minister, Ranjith's actions too will, unwittingly, be under gaze and several uncomfortable truths will spill out into the public domain,” another senior TRS leader explained.

“Everyone knows he is an Etala loyalist, but he has to maintain a façade of putting the party ahead of that connection to continue as an MP for now.”
Ranjith Reddy has not had a spectacular career since his win, having neither made a name for himself in Parliament with his interventions or questions for a debutant MP, and caused severe consternation when he put up a botched defence of the Chief Minister and TRS supremo on national TV prime time.

“Most people in the party suspect that sooner than later, Ranjith will covertly, if not overtly, support Etala. The party is currently keeping a tight watch. But, in the end, will he choose business, friendship and politics over the party or not will decide his eventual fate,” the party source revealed.

Ranjith Reddy did not respond to questions and requests for his comment on the issue. That may be his strategy for now – silence and feigning ignorance.