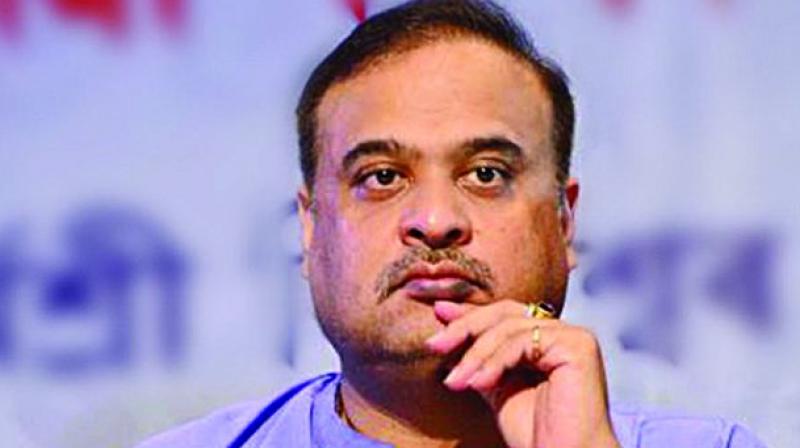 Guwahati/New Delhi: Assam health minister Himanta Biswa Sarma, a strong contender for the post of chief minister, announced on Saturday that the decision on who will lead the government in Assam would be taken at a BJP legislature party meeting slated to be held in Guwahati today.

After the BJP leadership held separate and joint meetings with the two of them, Mr Sarma told the media, “The BJP legislature party meeting will be held tomorrow in Guwahati. Answers to all questions will come out of that meeting.”

The state unit of the party is abuzz that around 40 MLAs, including alliance partners, are backing Mr Sarma, who was the first one to meet Mr Nadda. Later, the party top brass held a meeting with Mr Sonowal separately and then with both leaders. Later in the evening, Mr Shah and Mr Sonowal held another round of meeting with
Mr Nadda at his residence.

While Mr Sonowal has a “clean image” and is given credit for “pro-incumbency” which helped the BJP to retain power in the state, Mr Sarma is considered an “influential leader” and the BJP’s “trouble shooter” in the North-East.

Both Mr Sonowal and Mr Sarma have considerable clout in the state organisation and their supporters had been lobbying for them.

It is significant that the party had not announced any chief ministerial candidate ahead of the March-April polls. The BJP had said that it would settle the issue after the elections were over. In 2016, the BJP had projected Mr Sonowal as its leader and won, forming its government in the Northeast.

For the 2021 election, however, the BJP, opted against a chief ministerial candidate but still recorded a comfortable win. The party won 60 seats in the 126-member Assembly, while alliance partners AGP won nine and UPPL six.

Insiders in the party said that the BJP leadership has been trying to work out some formula to quell factionalism which was quite visible with the emergence of two power centres in Assam.

The biggest challenge before the BJP leadership would be to strike a balance between the two power centres. If Mr Sonowal is popular among people for his low-key profile and handling issues smoothly, Mr Sarma has been aiming for the top post not only for his performance and executing the party policies aggressively but also for having the support of the majority of newly elected MLAs.

Both the contenders have remained tight-lipped about their day-long parleys and were expected to return to Guwahati by Saturday evening to attend the legislature party meeting on Sunday.

Democrats are fiddling while Republicans prepare to burn down Rome