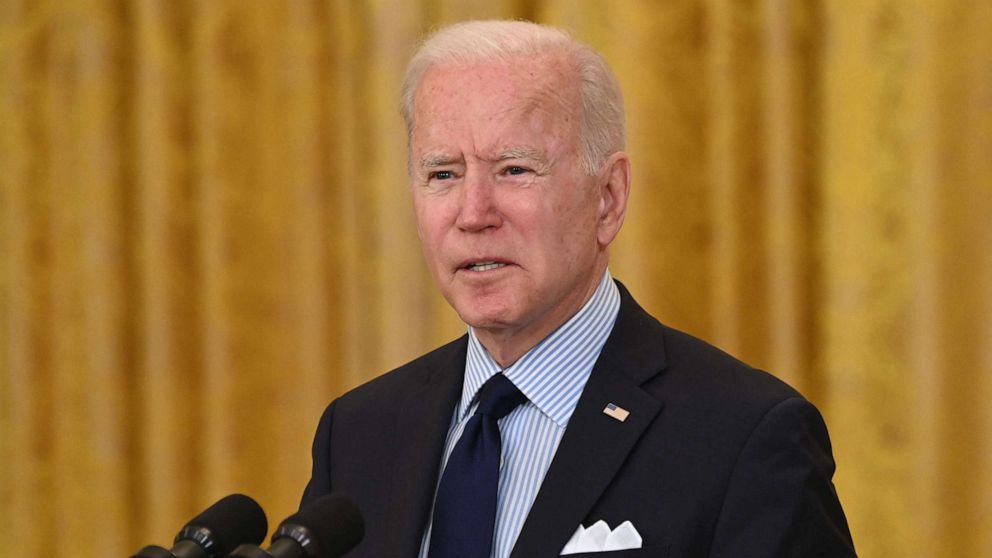 President Joe Biden on Friday addressed the April jobs report, which fell well below analysts’ expectations, arguing the report is indicative of the long-term nature of the economic recovery, saying he expects improvement to be “a marathon,” rather than a “sprint.”

Many economists expected nearly 1 million jobs to be added to the economy in April, but the total was just 266,000, a significant slowdown in growth.

“You might think that we should be disappointed, but when we passed the American Rescue Plan, I want to remind everybody, it was designed to help us over the course of a year — not 60 days, a year,” Biden said. “We never thought that after the first 50 or 60 days, everything would be fine.”

Biden noted that some provisions, like aid to state and local governments, and funding for restaurants, are rolling out now, and that the effect of those programs on the economy aren’t being felt yet. The point is likely to fuel Republican arguments that no more government spending should be approved until the effects of the last package can be understood. Biden has spent much of this week pitching his nearly-$4 trillion jobs and infrastructure plans across the country.

Biden was also blunt Friday in addressing a major question raised by the jobs report: Do generous unemployment benefits have a major effect on how many workers are willing to rejoin the labor market?

“No, nothing measurable,” Biden said.

Biden touted the success of his administration’s economic recovery, citing the 1.5 million new jobs that had been created during his time in office. Biden also defended his massive COVID-19 relief passage that was signed into law in early March which provided $1.9 trillion in funding.

“Some critics said that we didn’t need the American Rescue Plan, that this economy would just heal itself,” Biden said. “Today’s report just underscores, in my view, how vital the actions we’re taking are — checks to people who are hurting, support for small businesses, for child care and school reopening, support to help families put food on the table.”

Republicans on Capitol Hill have pinned blame for slow job growth on Biden’s COVID-19 relief benefits, including an additional $300 per week in unemployment, for disincentivizing workers from reentering the labor force.

“We have flooded the zone with checks that I’m sure everybody loves to get, and also enhanced unemployment,” Senate Minority Leader Mitch McConnell said Thursday during an event in his home state of Kentucky. “And what I hear from businesspeople, hospitals, educators, everybody across the state all week is, regretfully, it’s actually more lucrative for many Kentuckians and Americans to not work than work.”

“Why is anyone surprised that the jobs reports fell short of expectations? I told you weeks ago that in Florida I hear from small business everyday that they can’t hire people because the government is paying them to not go back to work,” Sen. Marco Rubio, R-Fla., tweeted Friday in reaction to the jobs report.

Biden said that despite some employers struggling to fill jobs, the April jobs report “shows is that there’s a much bigger problem.”

“The data shows that more workers are looking for jobs, and many can’t find them. While jobs are coming back, there’s still millions of people out there looking for work. And the idea that they don’t want to work — most middle class, working class people that I know think the way my dad did. He used to say, and I know I’m repeating myself, but I’m going to continue to because I think it’s critical: ‘a job is a lot more than a paycheck.'”

Democrats and others make the case that the reason, instead, is likely due to the pandemic: lack of child care, schools either closed or only partially opened, and general health concerns over returning to a workplace setting.

The White House argues that despite rising vaccination rates and state and local governments lifting restrictions from businesses, the economic scarring of the pandemic will not be quickly reversed, and long term economic aid from the government will be necessary.

Biden, who has spent much of the week traveling the United States to sell his American Jobs Plan and American Families Plan which would pump nearly $4 trillion in government spending into the economy, said that those proposals would be needed to improve economic conditions.

“And the American Rescue Plan is just that, a rescue plan. It’s to get us back to where we were, but that’s not nearly enough,” Biden said. “We have to build back better. That’s why we need the American Jobs Plan I proposed, to put us in a position where we can build back better, to reclaim our position as the leading and most innovative nation in the world and win the future, the 21st century.”

Biden has been working to convince Republicans lawmakers and voters alike to support his jobs and infrastructure plans. One of the two packages, the American Families Plan, focuses on subsidizing childcare and creating universal free pre-school for 3- and 4-year-olds, efforts that could encourage parents who have dropped out of the workforce during the pandemic due to lack of childcare to get back to work. Women have disproportionately born the burden of this pandemic effect.