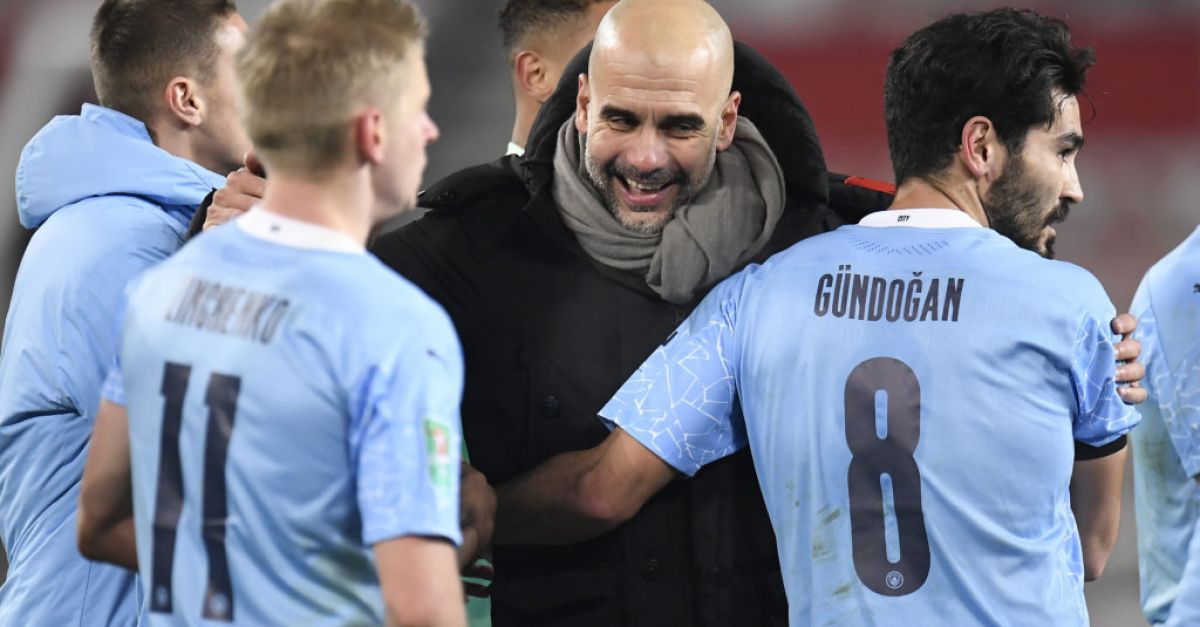 City had missed the opportunity to secure a third league triumph under the Spaniard on Saturday when a saved penalty from Sergio Aguero proved costly as Chelsea came from behind to win 2-1 at the Etihad Stadium.

United beat Aston Villa on Sunday and needed at least a point to put City’s celebrations on hold once again.