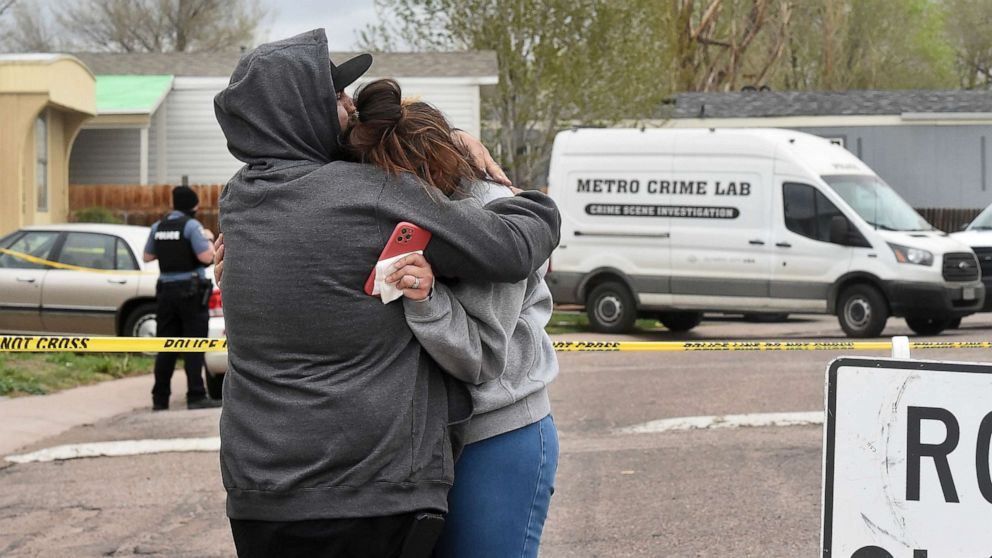 Investigators say the suspect who killed six adults, including his girlfriend, and took his own life in front of young children at a Colorado Springs birthday party over the weekend was fueled by jealousy after he was not invited to the family gathering.

Lt. Joe Frabbiele told reporters at a news conference Wednesday that the suspect, Teodoro Macias, 28, had been dating Sandra Ibarra-Perez for a year and there was tension between him and her family following a get-together the previous week.

The suspect became angry when he was not invited to the birthday party this Saturday and drove up to the mobile home where the gathering took place early Sunday morning night and opened fire, Frabbiele said.

The shooting unfolded at the Canterbury Mobile Home Park after police were called to the scene around 12:18 a.m. Frabbiele said gunshots were heard on the 911 call. There were 10 family members in total inside of the home when the incident happened, according to police.

One adult was unharmed, as were three children — aged 2, 5 and 11 — who were inside the home when Macias allegedly opened fire, the police said. The children ran into a bedroom to seek cover while the adult ran out to call 911, according to police.

“The evidence supports the children were in close proximity to the event and to some degree witnessed what happened,” Frabbiele said.

Three teen family members who attended the party were outside of the mobile home picking up an item from a neighbor when shots rang out and immediately returned to help the victims, Frabbiele said. One of the younger children and two of the teens lost a parent in the incident, he said.

Jose Gutierrez-Cruz was still alive when officers responded to the scene, but he succumbed to his injuries at the hospital, police said. Officers found a Smith and Wesson semi-automatic handgun underneath Macias’s body, Frabbiele said.

Frabbiele said the investigation is ongoing, but police were able to determine the suspect’s alleged motive based on interviews with family members and phone communications between the suspect and Sandra Ibarra-Perez. There were no previous reported domestic violence incidents between the two, but family members said he had a “history of controlling and jealous behavior,” including trying to prevent her from attending family events, according to police.

Frabbiele said officers are also investigating the origins behind the weapon used in the shooting. Records show that the handgun was purchased in 2014 at a local dealer by another person, according to Frabbiele.

“The serial number on that firearm is not reported stolen,” he said.

Colorado Springs Mayor John Suthers called for patience as investigators searched for clues behind the killings, and he offered his condolences to the family.

“He had anger directed at the adults and his partner, and the tragic consequences are awful,” Suthers said.

A ‘monster’: Woman who killed veterans at VA hospital gets 7 life sentences