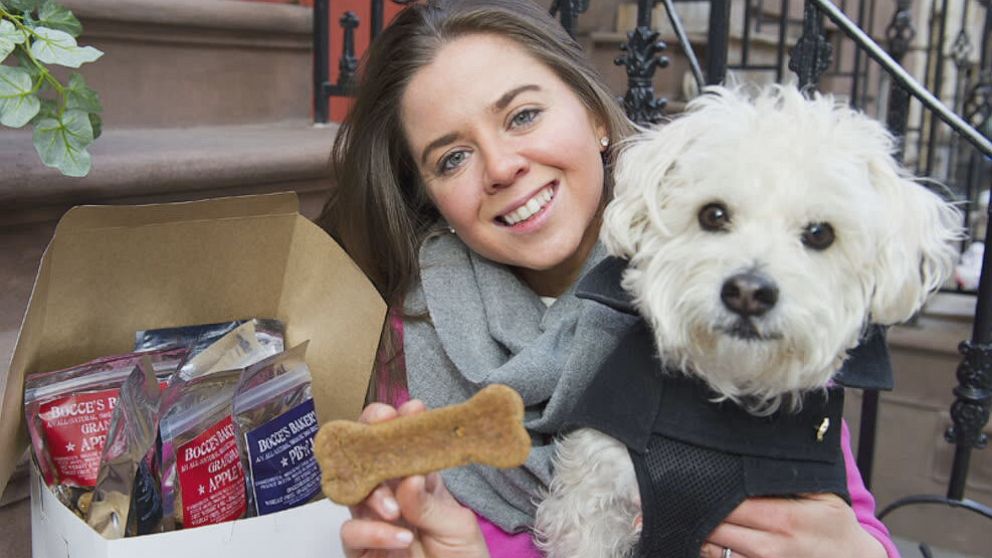 Sisters Andrea and Natalia Tovar looked to a special friend as inspiration for their company — their 13-year-old dog Bocce.

In 2010, Andrea Tovar decided to start Bocce’s Bakery after noticing all of the processed ingredients found in typical dog treats.

“I flipped over one of the treat bags that I was giving him and I was shocked by the amount of ingredients, and the names that I couldn’t pronounce that were in his treats,” said Andrea Tovar.

She decided that Bocce, and all dogs, deserved better. She began making dog treats from her New York City apartment with only natural ingredients.

Tovar said she soon tapped her sister and their mother Jacqueline to be the first employees. She said she needed the help when stores kept reordering her all-natural treats.

“Once the store started to reorder and that’s when we knew, you know, this is a business,” said Andrea Tovar. “We definitely need a bigger oven and more hands to be cutting those treats.”

Now, Bocce’s Bakery has four bakeries across the U.S. and employs over 700 workers.

“I mean we are so extremely proud to say that Bocce’s is made in America, because of the jobs that we’ve been creating not only directly at Bocce’s but at those we are supporting in bakeries and suppliers here in America,” said Natalie Tovar.

The company makes about 6 million biscuits a week in dozens of flavors. Andrea Tovar said she has been especially grateful during this tough year.

“I think to be able to support American jobs and opportunities is huge every year,” she said, “but especially this year.”