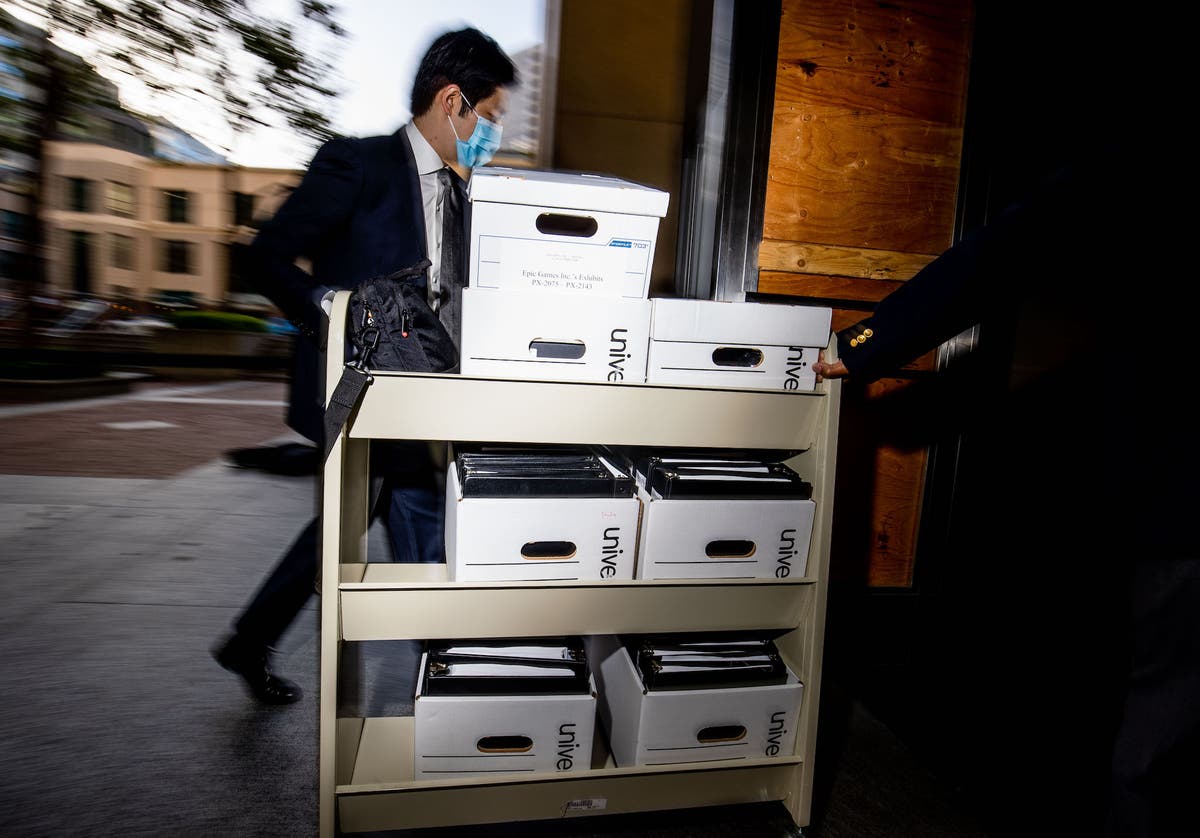 Epic’s chief executive has been quizzed on what it wants from Apple’s App Store, as the two companies continue their bitter and public fight.

The second day of the trial – which sees Fortnite developer Epic up against Apple, arguing over the future of the iOS platform – continued with a US judge pressing the executive on how the changes that Epic is demanding would affect the millions of developers who make software for Apple devices.

Judge Yvonne Gonzalez Rogers is presiding over a three-week trial that kicked off Monday in the United States District Court for the Northern District of California.

Epic has alleged that Apple has abused the power it holds over the software developers who want to reach its 1 billion iPhone users by charging commissions of up to 30% on in-app purchases and conducting App Store reviews that Epic alleges hold back companies Apple views as competitors.

Epic Games Chief Executive Tim Sweeney on Monday testified that “Apple exercises total control over all software on iOS” and can deny access to apps at will.

Epic wants Gonzalez Rogers to order Apple to allow users to put third-party software onto their iPhones and ease its in-app payment rules. Those changes would apply to all kinds of apps, not just games like Epic‘s “Fortnite.”

After Epic‘s Sweeney had been further questioned by attorneys for both Epic and Apple on Tuesday, the judge asked Sweeney whether he was familiar with the economics of running other apps, such as food apps, dating apps or instant messaging apps. Sweeney said he was not.

âSo you donât have any idea how what you are asking for would impact any of the developers who engage in those other categories of apps, is that right?â Gonzalez Rogers asked.

“I personally do not,” Sweeney said.

At another point, Sweeney said users faced “friction” in making purchases in the “Fortnite” game outside of native applications.

Gonzalez Rogers asked Sweeney whether the company’s desire to be free of Apple‘s in-app purchase requirements meant that it wanted the “Fortnite” user base, which includes many younger users, to have access to “what I would call, as a parent, an impulse purchase.”

“What you are really asking for is the ability to have impulse purchases,” she said to Sweeney through layers of plexiglass separating the witness booth from the bench.

“Yes,” Sweeny replied, “customer convenience is a huge factor in this.”

When and where will China’s out-of-control rocket crash?