In this article, a DIY master will show us how to make a photophone using modern materials. We will learn how to transmit sound through light and how to communicate through light. All this can be done with simple household materials and in several different ways.
The photophone was invented by Alexander Graham Bell and his assistant Charles Sumner Tainter in 1880. Unlike the usual modern telephone, the photophone used light as a means of wireless transmission instead of electricity.
Bell's photophone is recognized as the forerunner of modern fiber-optic communication lines, which today carry up to 80% of all global telecommunications traffic.
Here's a description of Bell's light modulator:

This telecommunications device may not be as practical at the present time, but it is still a great experiment. By making two such devices you can get two-way communication.
Let's watch a short demo video.


Tools and materials:
For the transmitter
-Speaker; -Selfie stick; -Ice cream stick; -Small mirror; -Sound amplifier;
– Switch;
-Fasteners;
-Insulating tape;
-Power adapter;
-Board for installing components;
For receiver
-Solar panels;
-Cardboard -PVC pipe;
-Speaker; -Sound amplifier;
For self-production of amplifier
-LM386 microcircuit; -Capacitors: 470n, 100n, 47n, 33n 220µ, 10µ; -Resistors: 10k, 10 Ohm;
-Wires,
-Potentiometer;
-Junction box;
-Screwdriver;
-Pliers;
-Soldering iron;
-Knife;
-Multimeter; -AA batteries; -Battery holder; Step one: transmitter
This transmitter works using sunlight. Those. you need to catch the “sunbeam” and send it to the receiver. If at this time there is a speaker with a mirror on the transmitter, a sound will be played, then the receiver will have the same sound.
A small cosmetic mirror is needed for the device. In accordance with its dimensions, you need to choose a speaker. 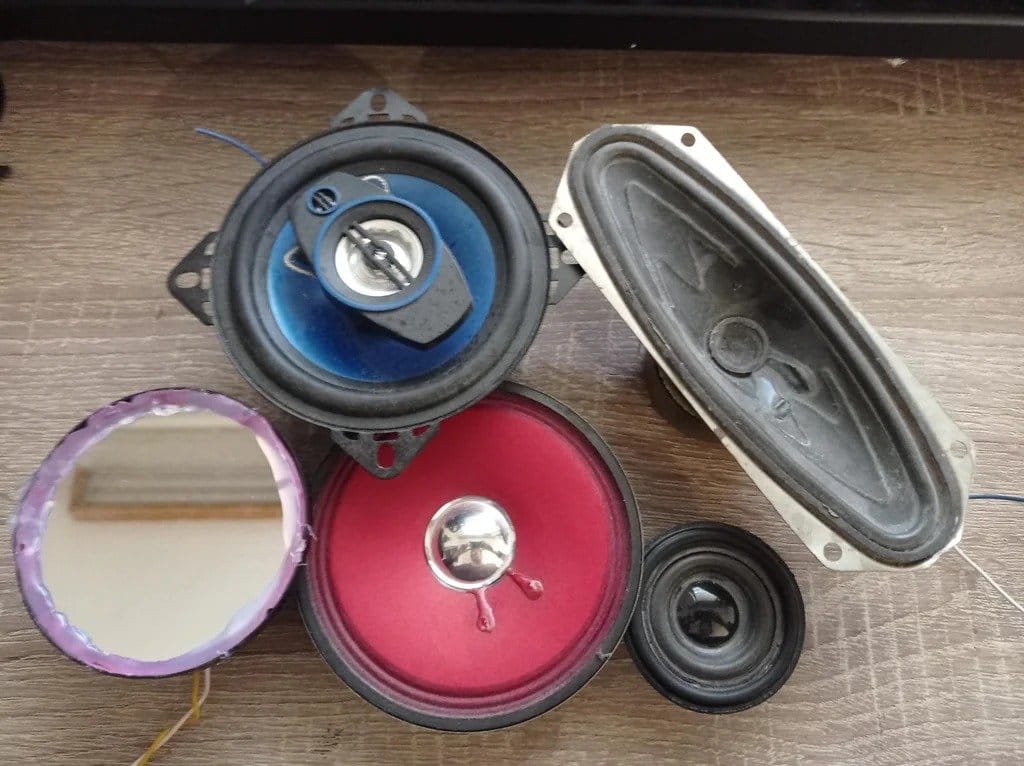 The mirror must be attached to the speaker so that it does not touch the diffuser. You can fix it with hot glue. 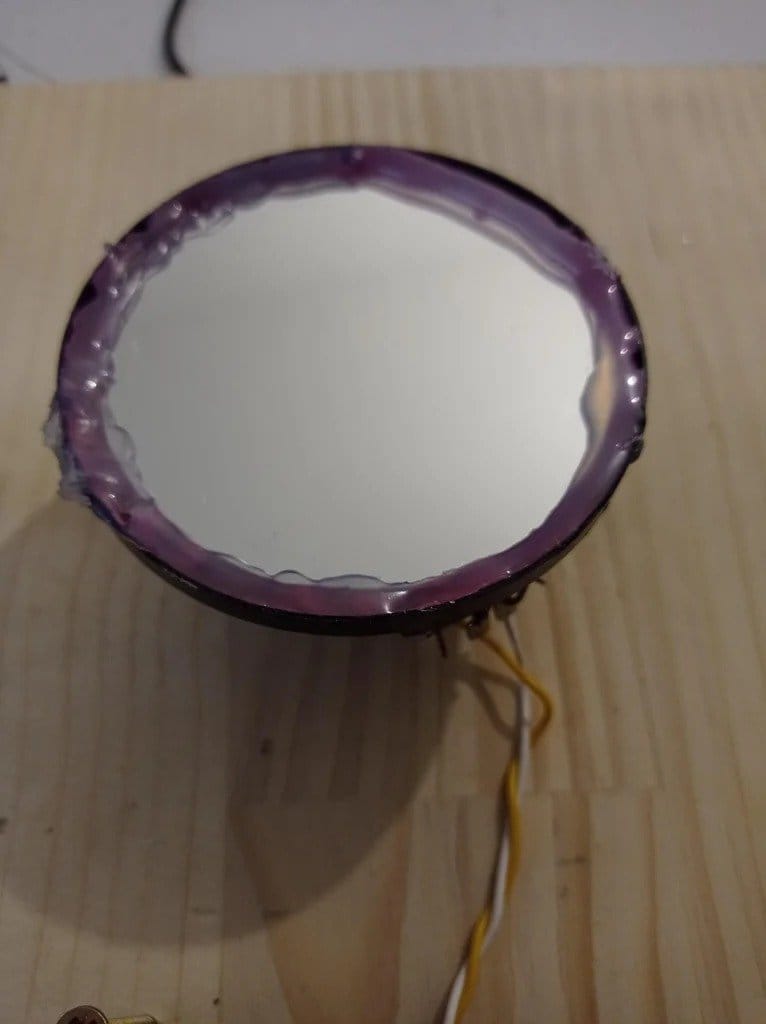 Next, you need to fix the speaker on the selfie stick. The master uses an ice cream stick as a bracket. 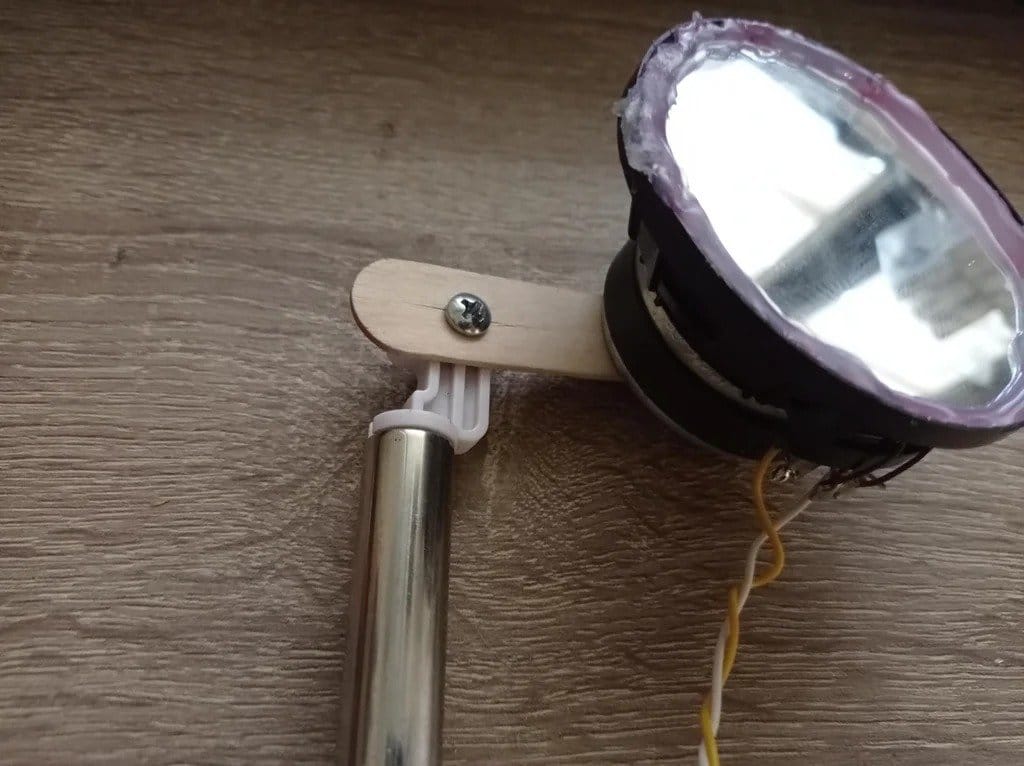 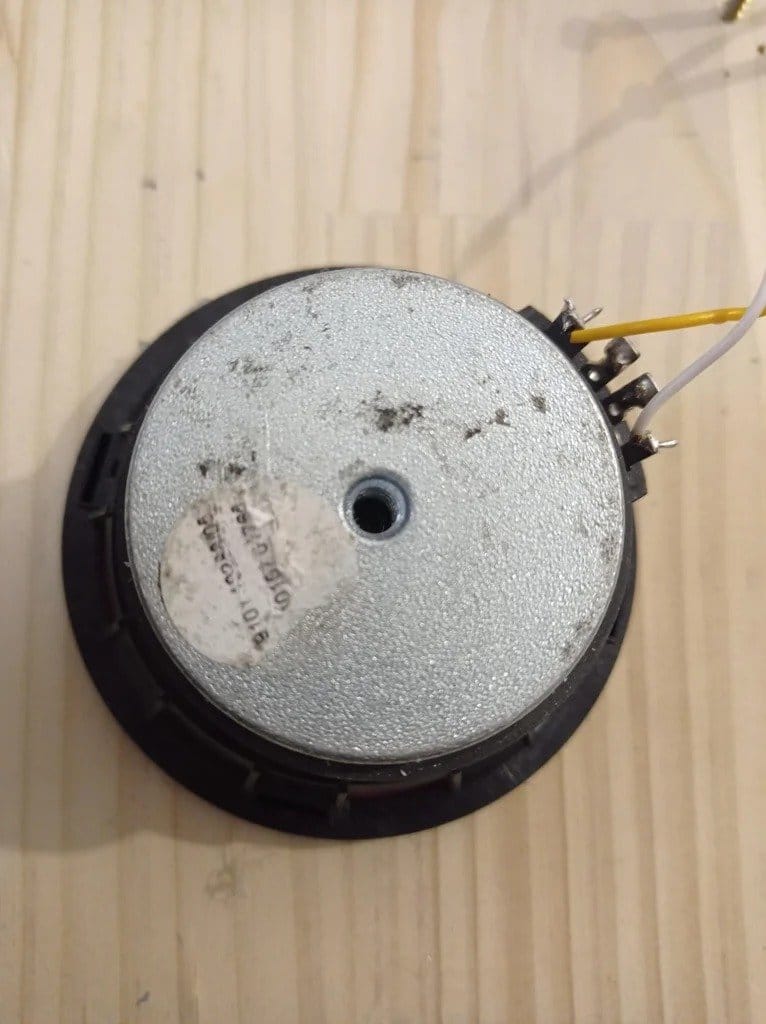 Using a selfie stick is an easy way to make speaker and mirror move up and down.
For this project, the most important part of the selfie stick is the steel monopod.
The selfie stick allows you to easily move the speaker with the mirror up and down so that the light can enter the receiver.
Unlike the original photophone, this one uses the sound coming from the speaker, so an amplifier is needed for it to work. If you reuse a speaker from an old table speaker, you can also reuse an amplifier from it. If you don't have an amplifier, you can buy or make it.
If you use a ready-made mono amplifier board, then most likely it is connected like this:
If you look at the amplifier board, you can see the letters.
IN stands for input (this is the audio input, this is the sound that the photophone should transmit)
5v +/- denotes the input of the power supply,
OUT stands for the output (the speaker is connected to it).
In this case, the master used 4 AA batteries placed in the battery holder as a power source. There are two wires coming out of the battery holder, one of them (polarity is not important) goes to the board, and the other goes to the switch and from the switch to the board.
Audio input will need to be converted from stereo to mono (if, for example, the user will use his smartphone for sound transmission). If something like a microphone is used, then the converter is not needed.
If the project will use a smartphone (or something else with a 3.5 mm audio output) as a sound source, then you will need a 3.5 mm plug (it can be disposed of from old headphones). The plug must be cut off. Then strip the ends of the wires. At this stage, we should have 4 wires, twist two of the nicknames (of the same color) together. Solder the legs of the 2100 Ohm resistors to the remaining wires. Twist the second legs together and solder them. 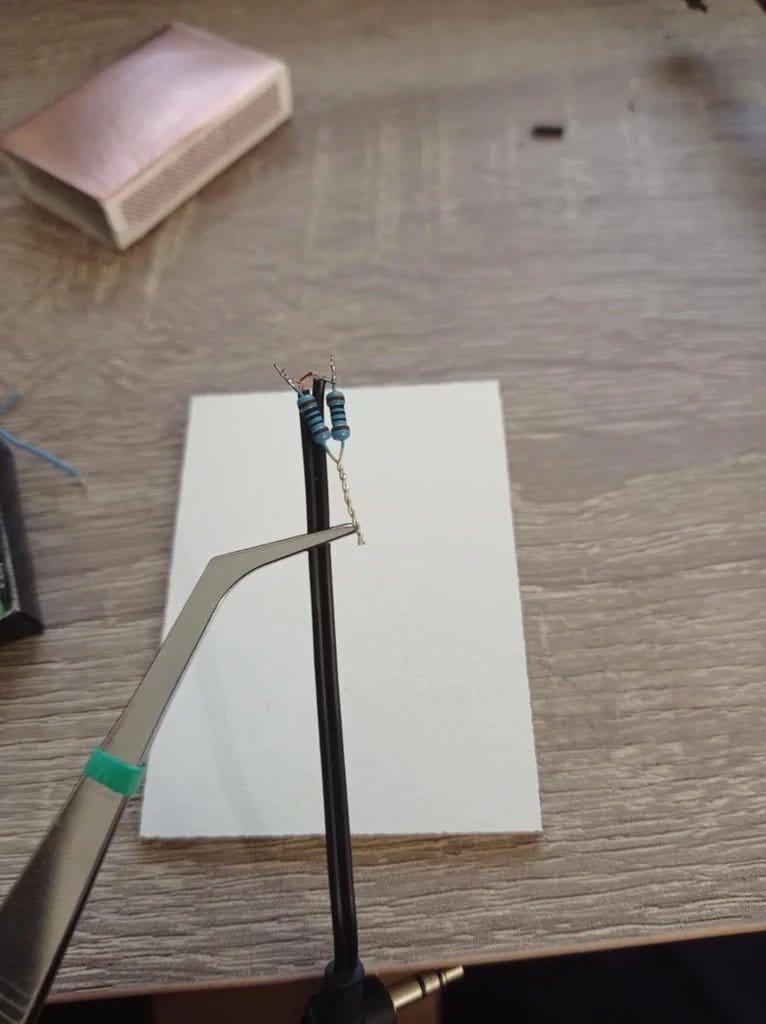 If another type of plug is used, with three wires, then also cut off the plug and strip the wires. Next, you need to ring the wires with a multimeter and find a ground. Resistors must be soldered to the other two wires, as in the example above. 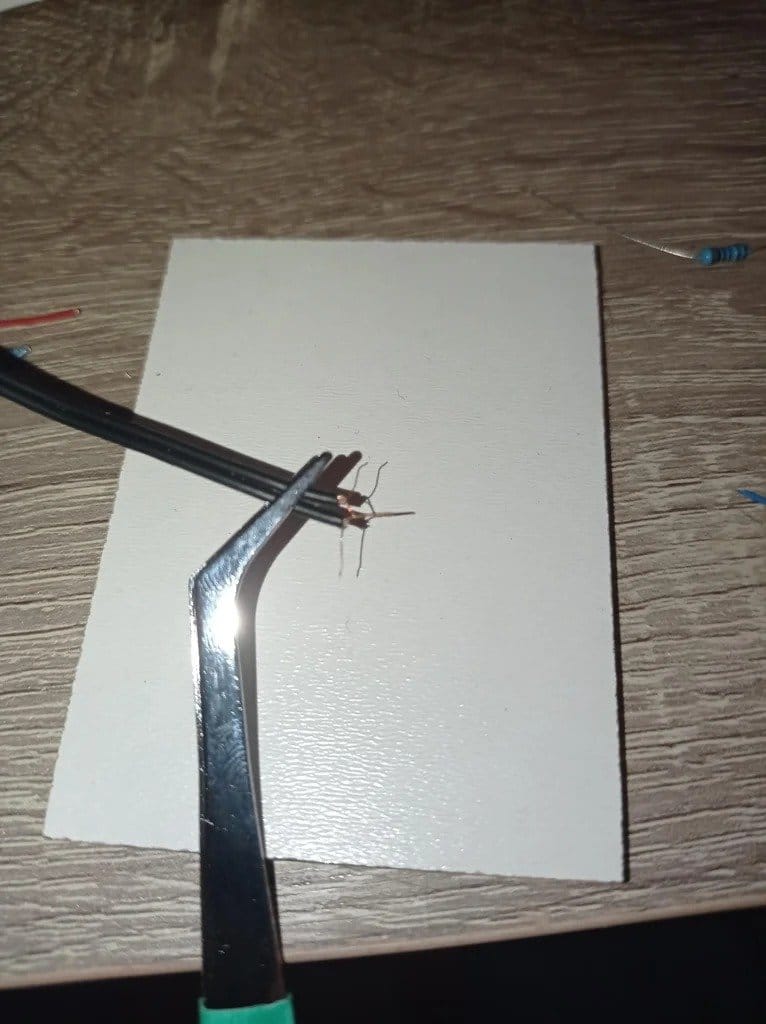 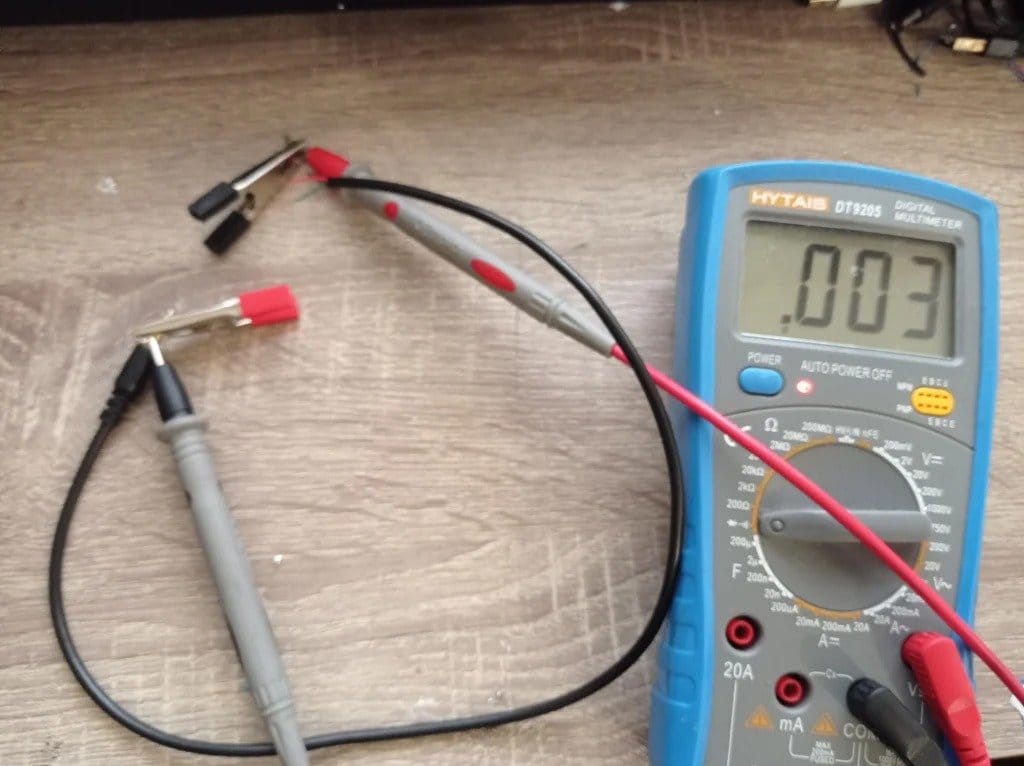 Further to the board is attached a selfie stick along with the speaker and all other details.
Step two: receiver
A simple photodetector based on selenium elements mounted at the focus of a parabolic mirror was used in the photophone receiver. In this assembly, the master is going to use two solar panels, connecting them in series. 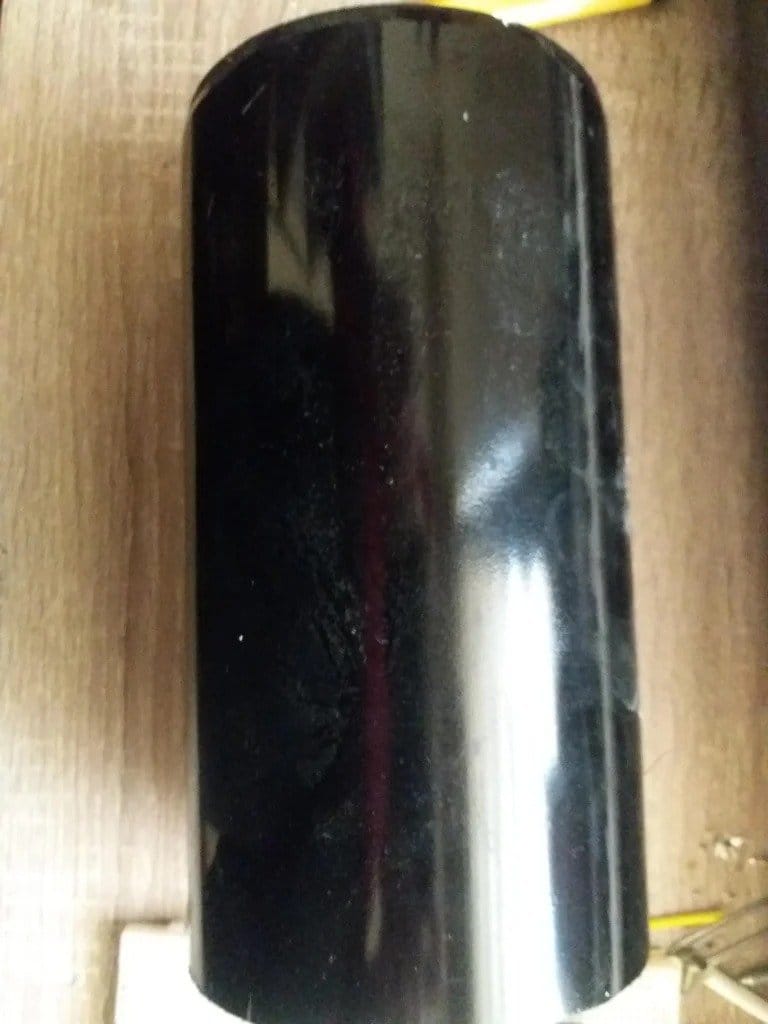 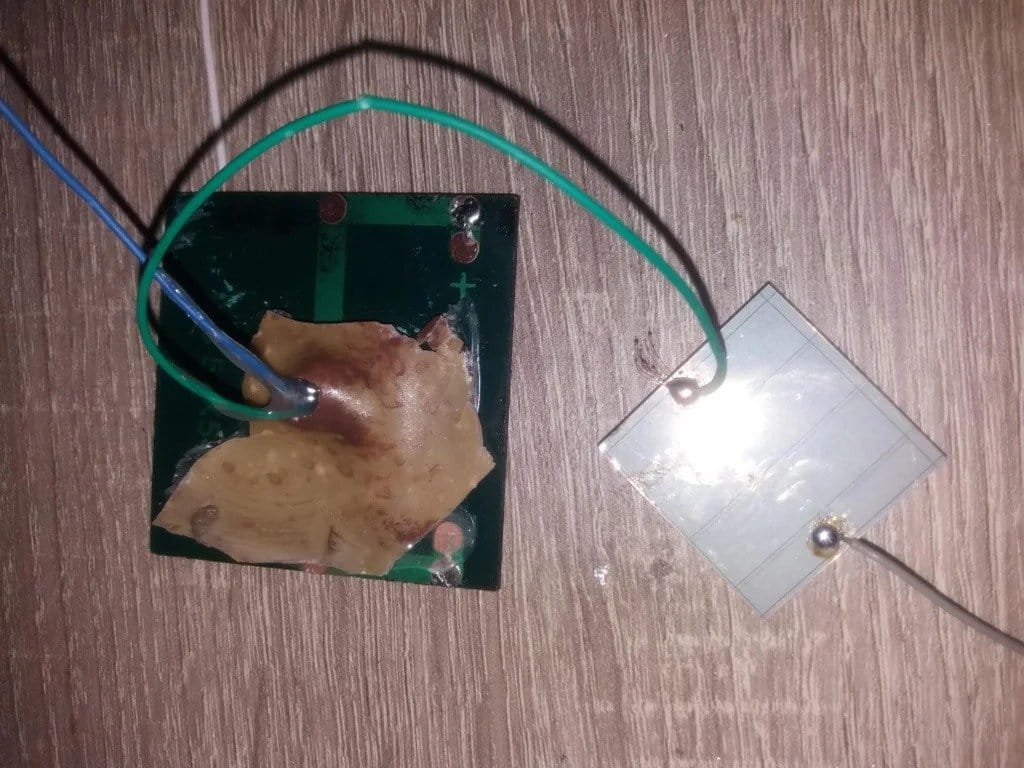 To prevent excess light from entering, which can interfere with sound reproduction, you need to place the receiver in a pipe (or some kind of box). The master uses a PVC pipe.
Cuts a plug out of cardboard. Solar panels are glued to the cover. Then the plug is glued to the pipe. 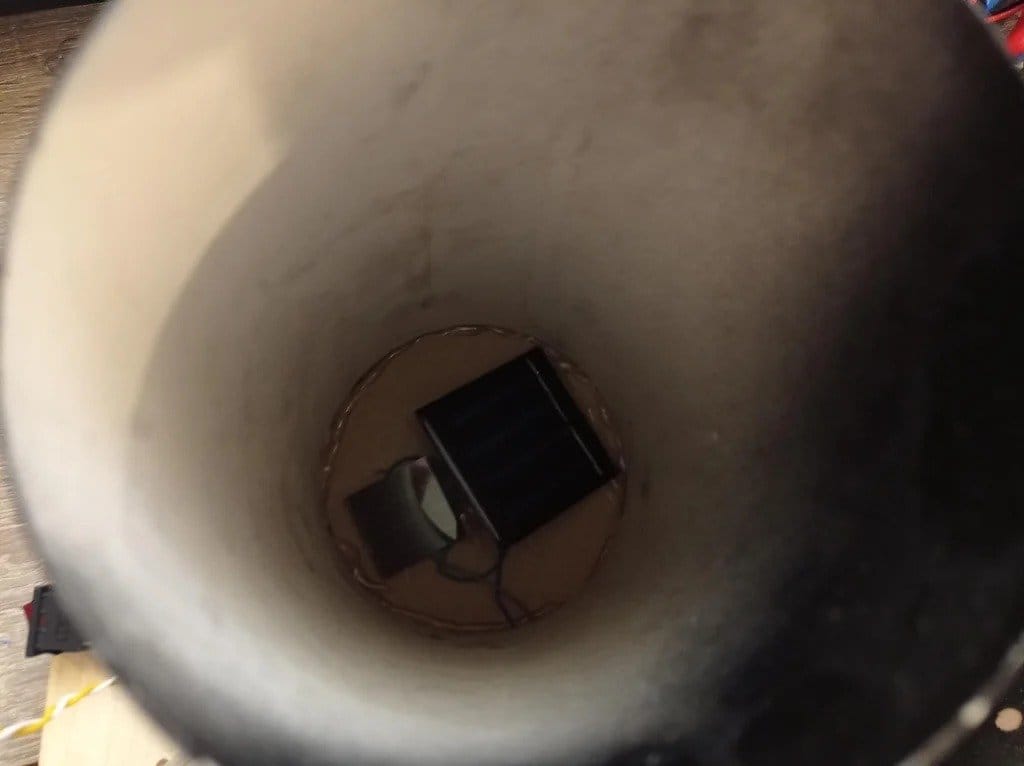 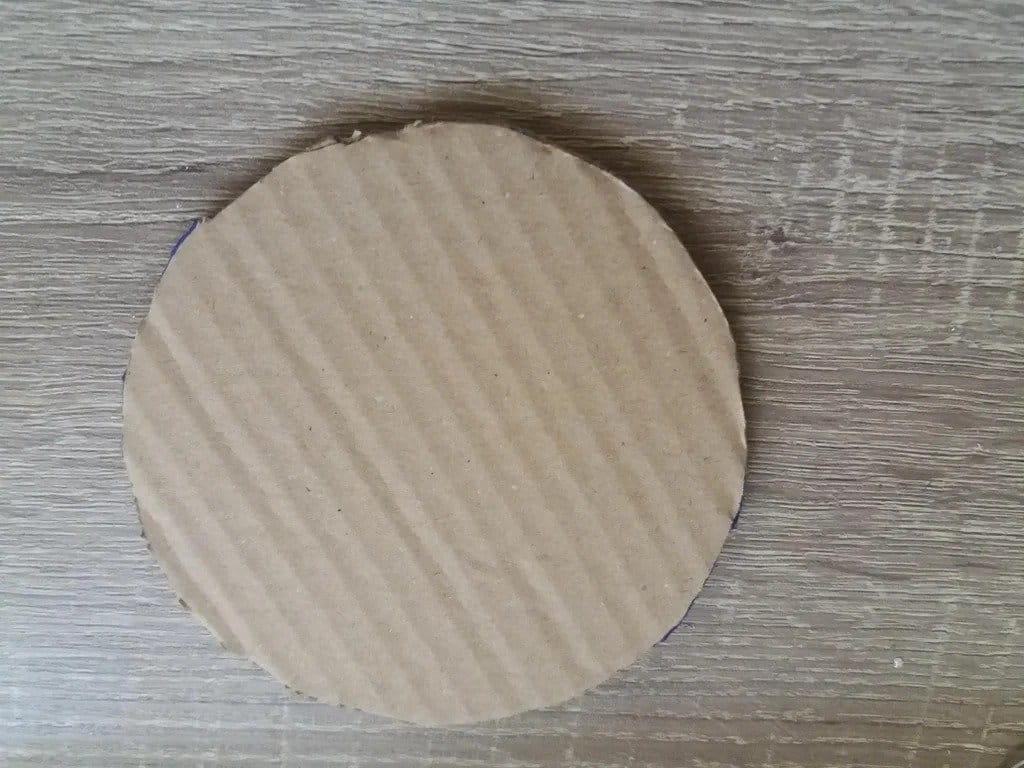 As already mentioned, the audio amplifier can be used ready-made or made yourself. In the case of the transmitter, the master uses a ready-made board. For the receiver, he decided to make an amplifier based on the LM386 microcircuit. 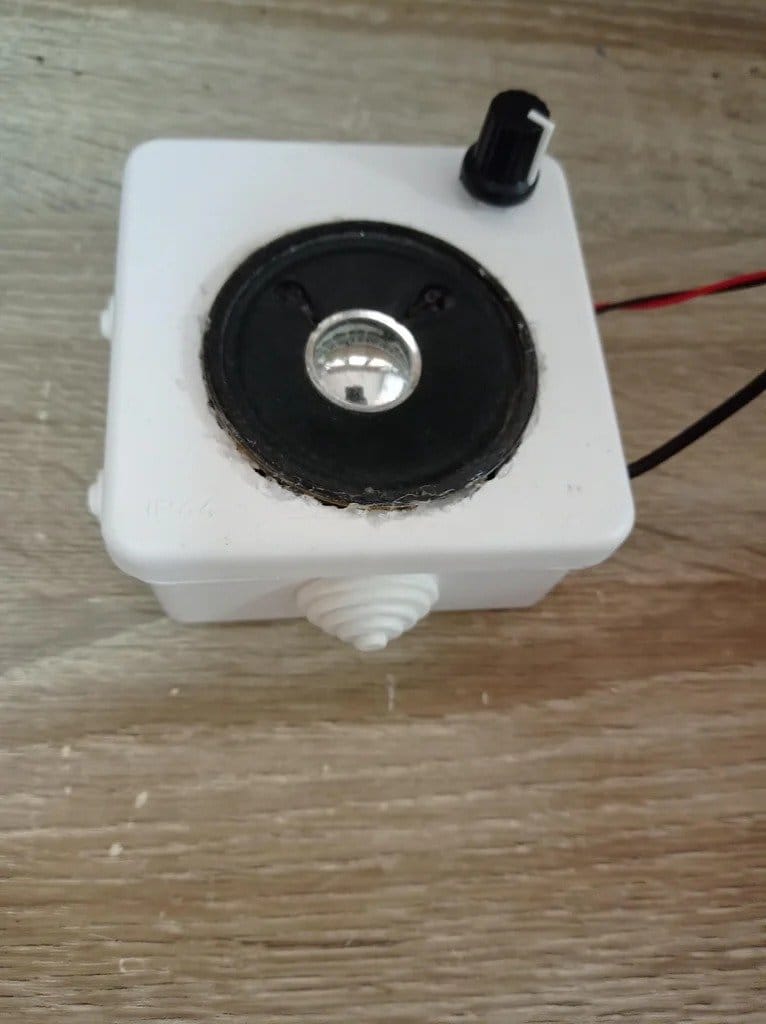 The amplifier is assembled according to the following scheme. 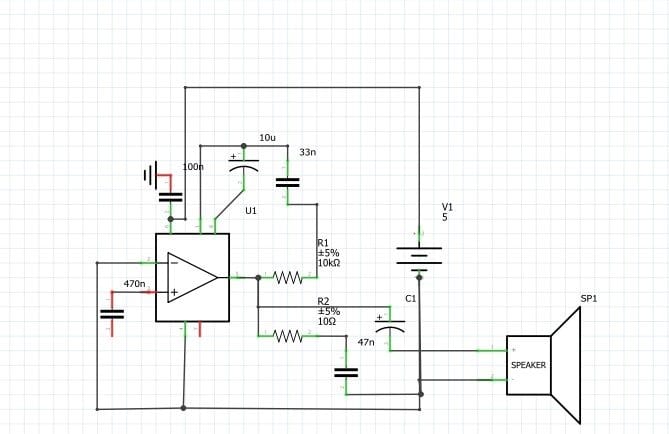 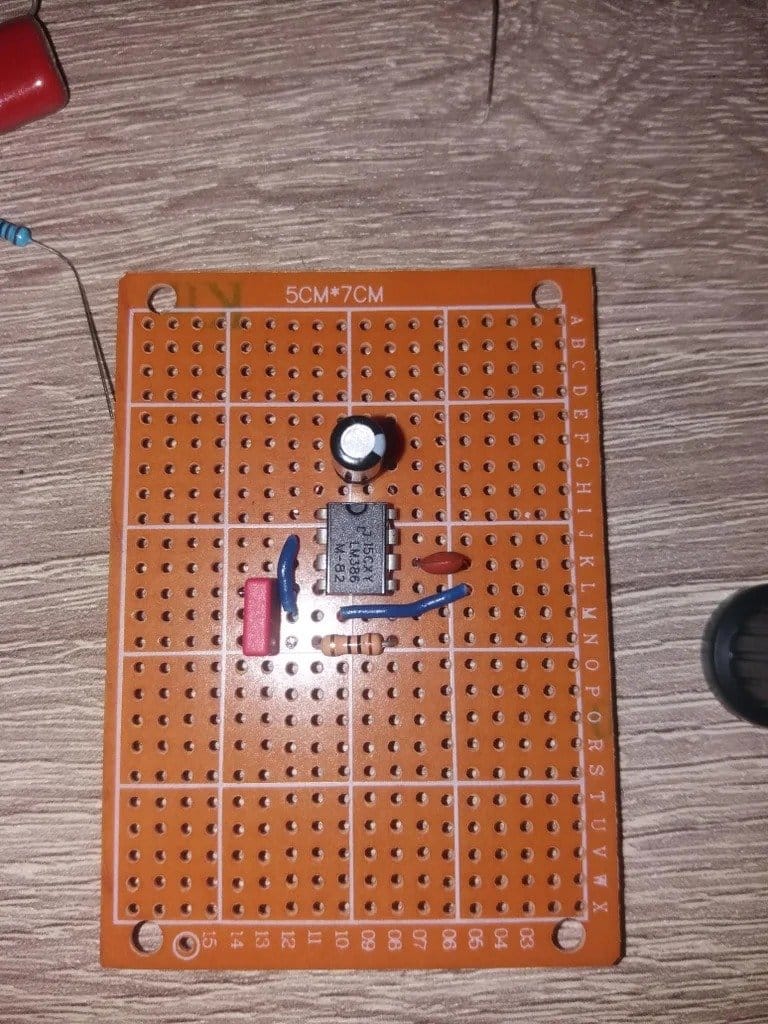 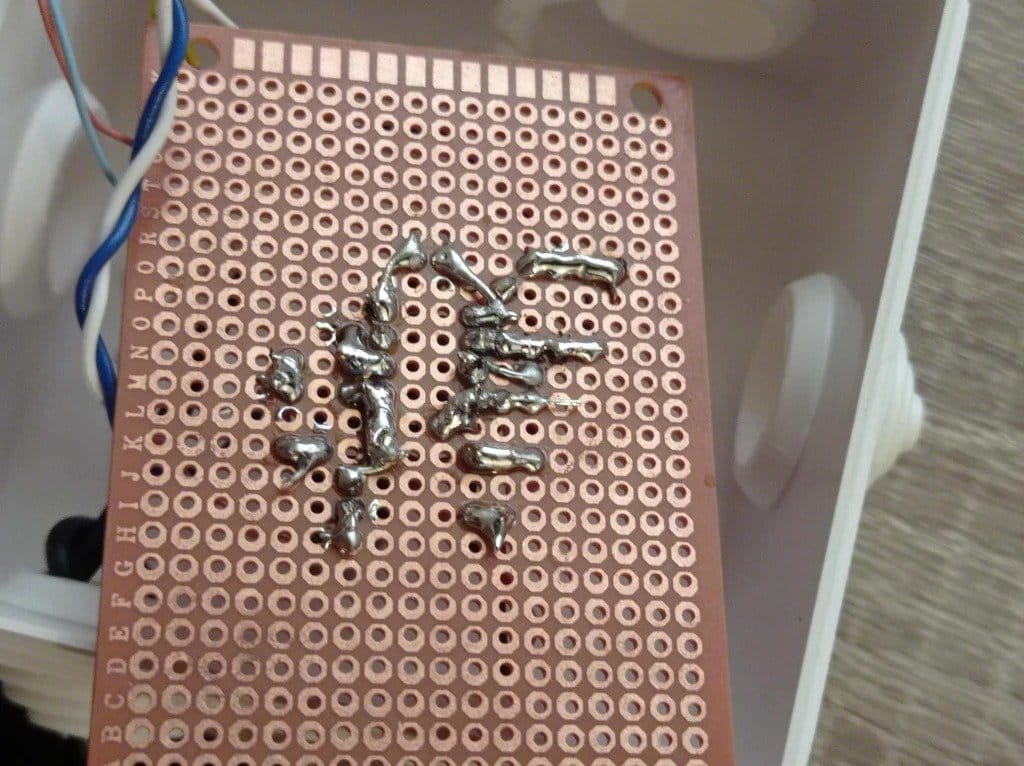 It's easy to connect. Minus (-) from solar panel to minus (-) of audio amplifier (input). Plus (+) solar panel to 1.5uF capacitor. This capacitor simply serves here to filter any DC current that comes from the solar panels. A smaller capacitor can be used. Electrolytic capacitors must not be used. The other end of the 1.5 µF capacitor is connected to the input of the audio amplifier.
Then you can test the receiver using an IR remote control. You need to point the remote control at the solar panel and a sound should be heard from the speaker.
Step three: scheme for transmitting sound from a smartphone
Now let's look at how to transfer sound from a smartphone. To do this, you need to assemble a small circuit.
The circuit needs the following materials: LED, audio transformer (in extreme cases, normal), batteries, battery compartment, 3.5 mm jack and a smartphone.
The transformer can be obtained by disassembling the power adapter . 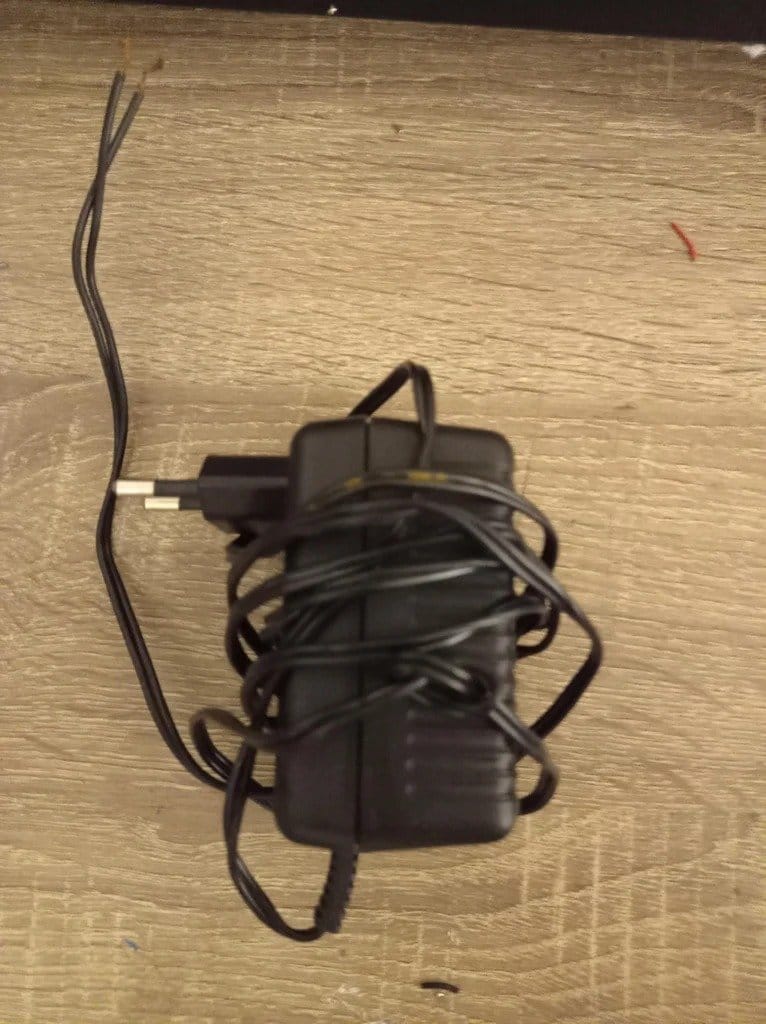 A transformer is a device that transfers electrical energy from one circuit (primary winding) to another (secondary winding) through an electromagnetic induction process.
When the sound changes the current in the primary winding of the transformer, it also changes the current in the secondary winding, which means the sound on the primary side of the transformer modulates the LED output. This modulated light hits the solar panels (which are inside a PVC pipe), and then the signal coming from the solar panel passes through a capacitor to an amplifier, where it is converted back to sound. This is how a photophone works! So, for example, we can hear the light coming from the IR LED, which is located inside the TV remote control.
The first transmitter (the one with the selfie stick) works in exactly the same way, the difference is that light (sunlight reflecting off a mirror) is modulated when the speaker vibrates. Those. the mirror vibrates from the speaker and the light reflected from it is modulated. The first transmitter has one obvious drawback: it does not work on a rainy day because there is no sunlight to bounce off the mirror into the receiver. In the video, the master demonstrated this principle. You can see and hear in the video that the sound is not reproduced when the light emitted by the LED is blocked.
To transmit sound in this way over long distances, you need to install a laser instead of the LED.