The acoustic system (hereinafter referred to as the AU), the most important part of the sound complex,” tract “. It is with her that it is worth starting the design of the “system” for the possibility of real-time listening to changes made to the equipment.
A few words about the general concept. In the sound-amplifying components of the “system”, radio tubes are supposed to be used as active elements. This is not for “warm” sound – tubes allow you to construct short “paths” with a minimum number of cascades. For example, when playing a record from a gramophone record, it is possible to do with only three triode amplifying stages, counting from the pickup to the speaker. This approach has the most positive effect on clarity and intelligibility. An audio frequency power amplifier (UMZCH) is used with a single-ended output stage. It is difficult and expensive to design such a UMZCH, no matter how significant it is. Common and relatively inexpensive radio tubes (pentodes and tetrodes in triode connection) provide 3-10 W of output power and require sensitive acoustics. 100GDSH33-16 in this sense is a miracle how good – its sensitivity as much as 97 dB/W/m allows you to listen to music very loudly even with an amplifier with an output power of less than 1 W.

Photo 2.In the AC, Novosibirsk (NOEMA) speakers 100GDSH33-16 are used (Photo 2). The broadband head eliminates the need for crossover filters. In our previous, city life, these speakers worked for about four years in speakers mounted in an apartment wall. In a new incarnation, they will have to voice the workshop. It will be interesting to arrange auditions outside the walls, in a large open meadow near the house, fortunately, the conditions now allow. In other words, the speaker design should now be more or less familiar – capable of moving, but the main technical points for high-quality sound should be observed. Moreover, this can be done with very simple, literally grassroots means and materials, although you will have to tinker.
We leave the acoustic design the same – a closed box, albeit of a smaller size. We will strengthen the existing chipboard boards, the remnants of the old-regime “wall” from the inside with a continuous layer of glued coniferous (building rubbish) blocks – we will increase the mass and rigidity of the walls, reduce their parasitic vibrations and overtones. The wall thickness is 40 mm. The passport data recommend the internal volume of the box – 60 … 120 liters. Having twisted the resulting reinforced shields in AutoCAD, a volitional decision made a volume of 85 liters. Large opposite walls back-to-front, left-right we will tie from the inside, we will damp everything that can be damped so that it does not ring, we will finish the walls from the inside with padding polyester, mechanically untie the head and body, we will not use the terminals – less unnecessary connections and rations. Go to business!

What was needed for making.
A set of carpentry tools , a circular saw, an end saw (pendulum) also came in handy, something from a hand-held power tool – a screwdriver, a jigsaw. A set of tools for electrical installation.
Materials – in addition to the speakers themselves, old but whole furniture chipboard boards, wooden trash (clean cut coniferous species), Bustilat glue, synthetic winterizer, self-tapping screws, acrylic and silicone sealant, mounting foam, lighting cord, little things.

First of all, I cut out the blanks for the walls of the AC enclosures – examined and marked the existing shields, sawed out the blanks. Long narrow cuts were made on a circular saw with a parallel stop, short wide cuts – with a hand circular saw, screwing on a temporary technological stop-board (Photo 3). 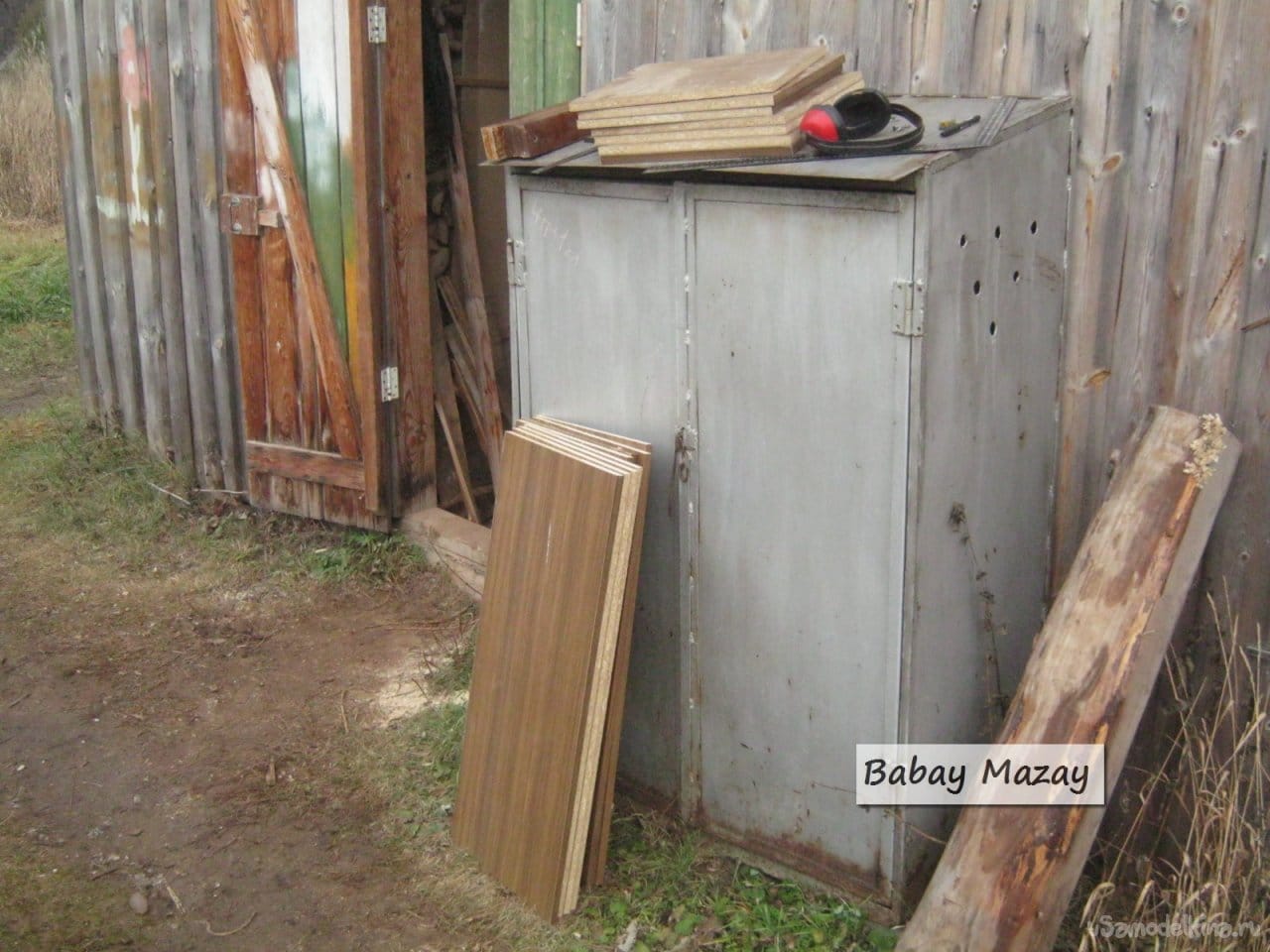 Photo 4 I cut out the holes for the speakers with a jigsaw, made the markings with an impromptu compass (Photo 5, 6). 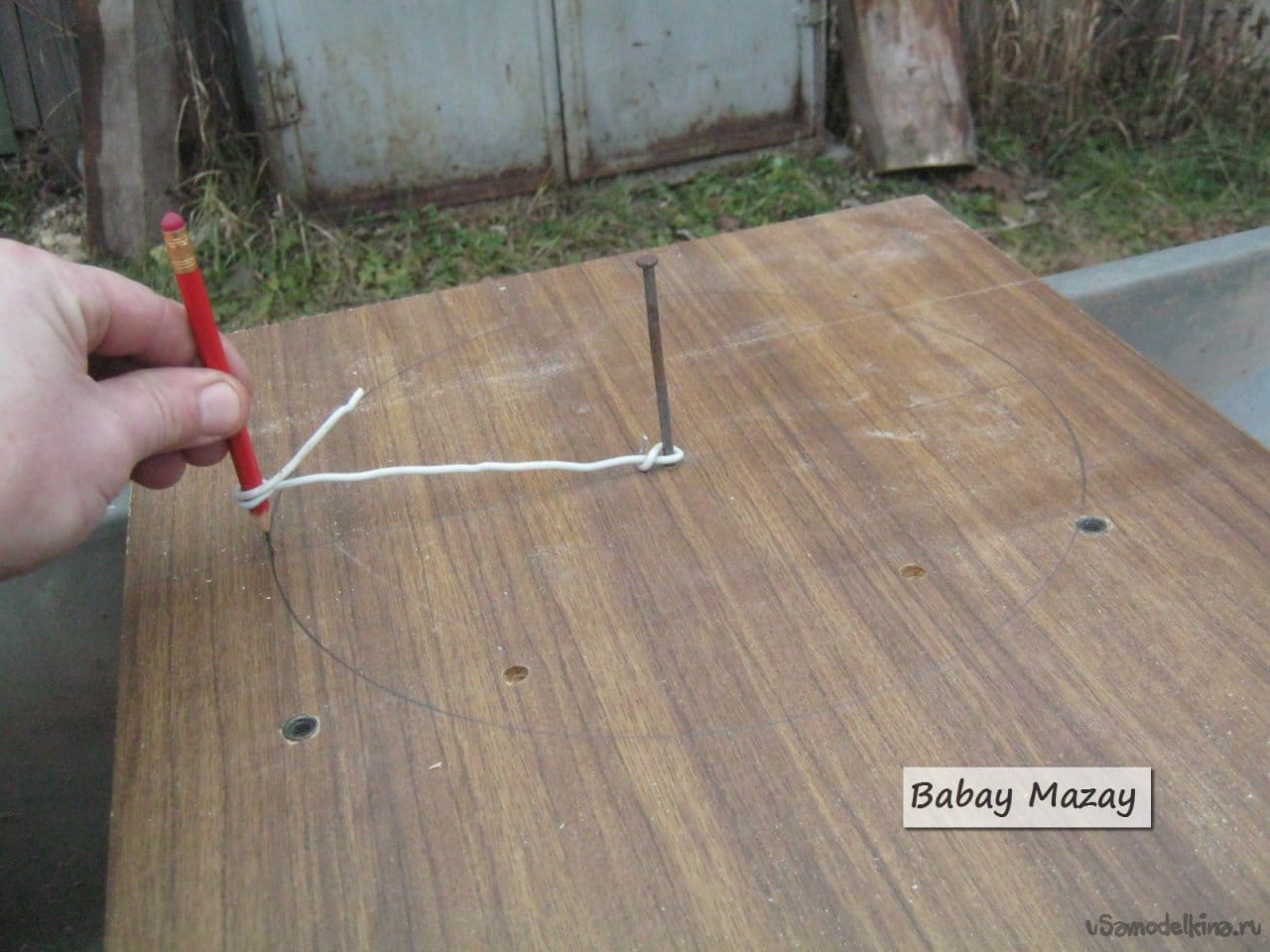 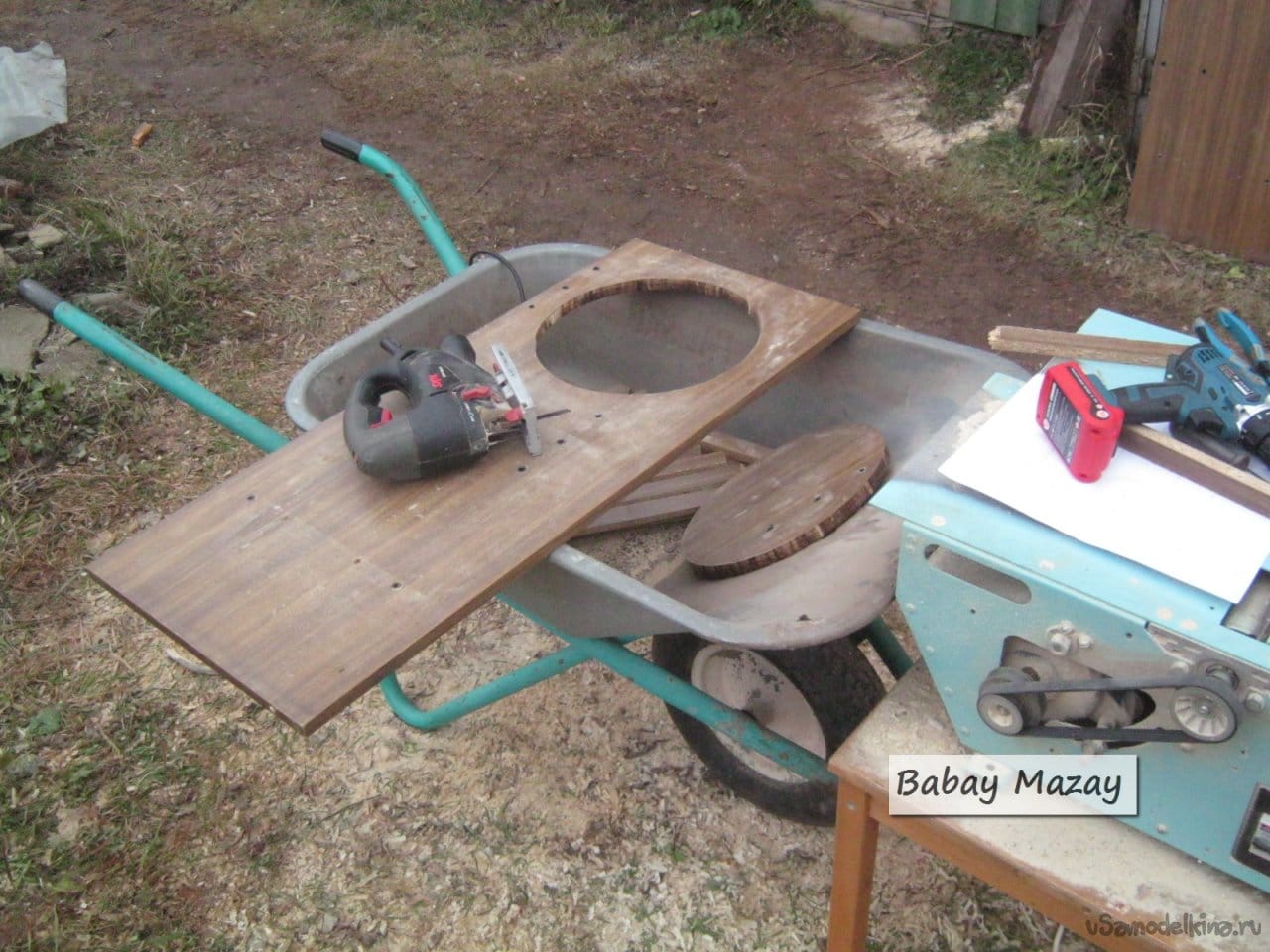 Photo 6 On a circular saw with a parallel stop, I sawed blocks of the same height (Photo 7). I prepared the inner surfaces of the chipboard boards – I picked out the remnants of the fasteners, sanded them with coarse sandpaper, and marked them. I glued the blocks with a layer from the inside of the boards (Photo 8). Bustilat glue is inexpensive, durable, non-toxic. 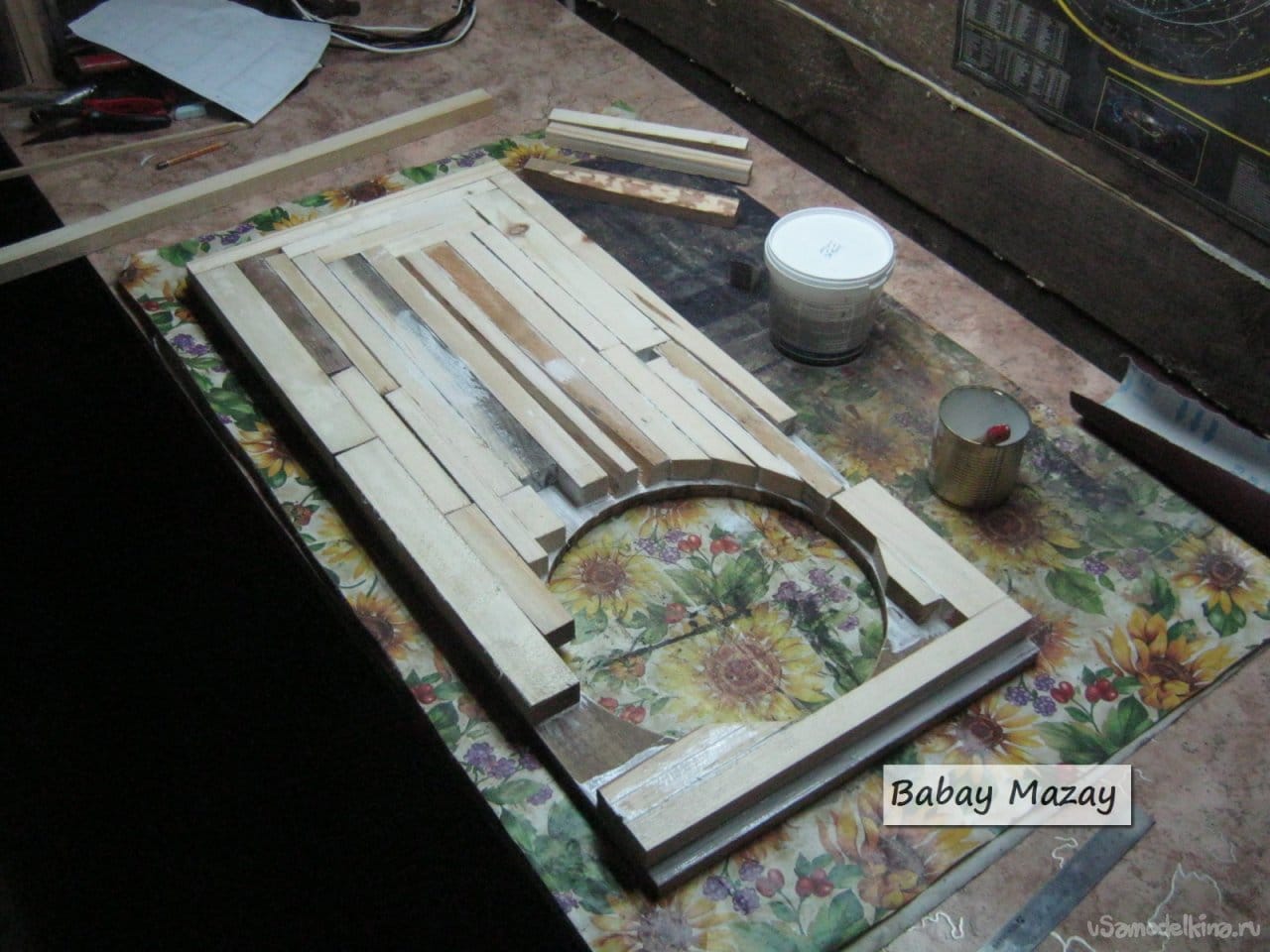 Photo 8 After the glue dries, he filled all the voids with polyurethane foam, waited for it to harden, and cut off the protruding with a sharp knife.
Prepared the front wall for installing the speaker (installation outside) – eliminated the tunnel formed by an additional, glued layer – cut its edges with a rasp ~ under 45̊̊ (Photo 9). Now, when the speaker is installed, the windows of its baskets remain completely open, their cross-section does not decrease.


Photo 9. The prepared set of shield-walls marked, drilled and cut (for the heads of the pot) holes for self-tapping screws … Self-tapping screws were required of two standard sizes, the walls were fastened through to the wooden part, the joints were adjusted with a rasp, and they were abundantly glued during assembly (Photo 10).


Photo 10. I picked up suitable blocks – straight-layered, without knots. I sawed and installed a couple of ties on glue and screws (Photo 11). 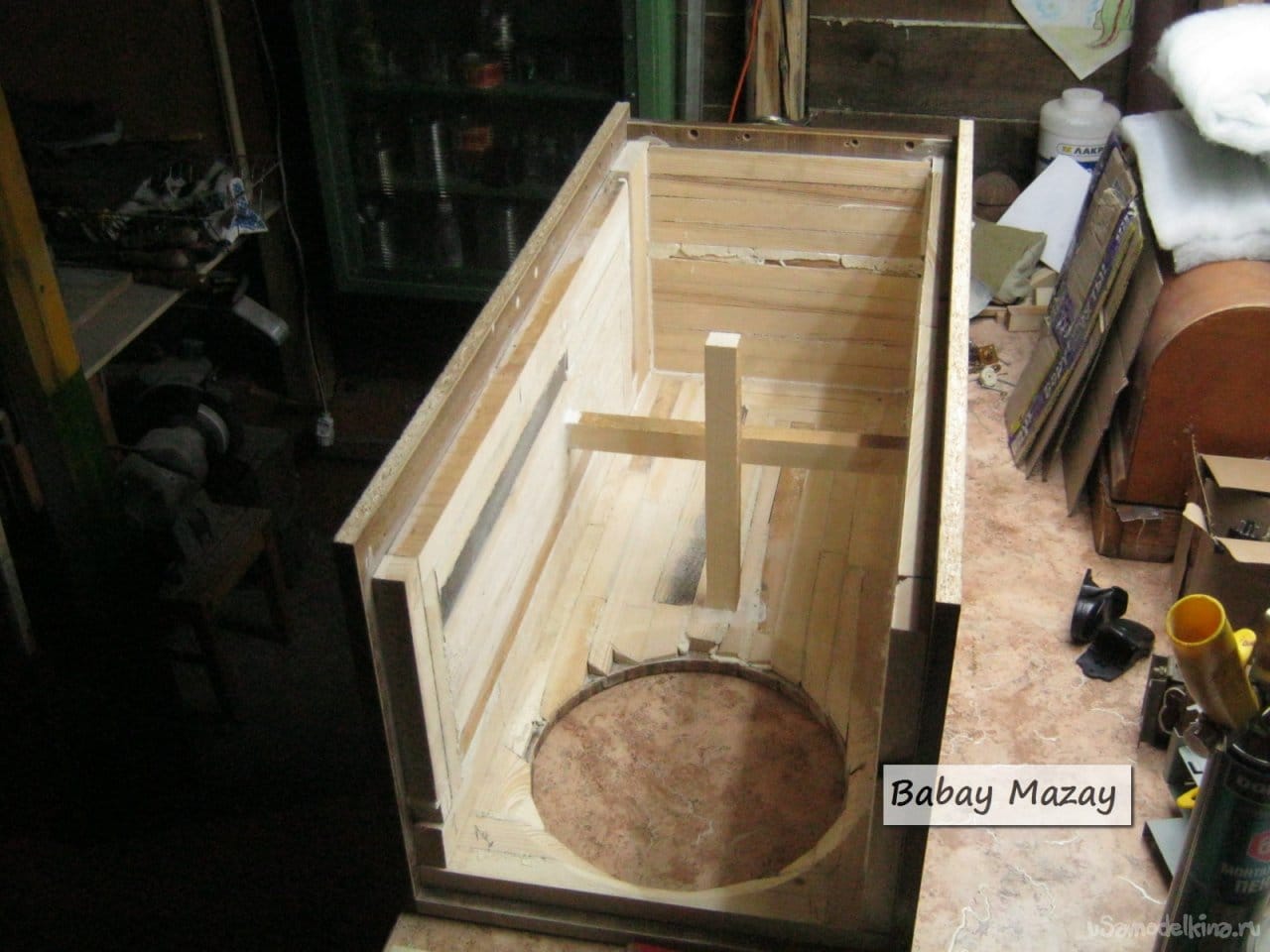 Photo 11. I made the inner surfaces 1 cm with a padding polyester. It is perfectly glued with the same Bustilat – cut out a blank from a roll, tried it on, thickly smeared a horizontal wooden surface with glue, laid it down and slightly pressed a sheet of padding polyester. Its lower fibers will stick to death, while the main part, as required, will be soft and fluffy. The only thing is that you have to glue only on a horizontal surface, otherwise the glue will drain, i.e. one wall at a time. The next one only after the previous one has dried. I also missed the spacers with glue, wrapped it with a strip of padding polyester and stitched the edges (Photo 12).


Photo 12: I damped the speaker basket – I missed it with a thick layer of acrylic sealant. The result is a layer, on average about 4..5 mm. The structure and consistency of the hardened acrylic sealant is very similar to special anti-noise coatings, for example, automobile ones, but it is incomparably more convenient to use for medium-sized pieces of iron. The sealant does not drip, is not toxic, it can be applied immediately in a thick layer (Photo 13). 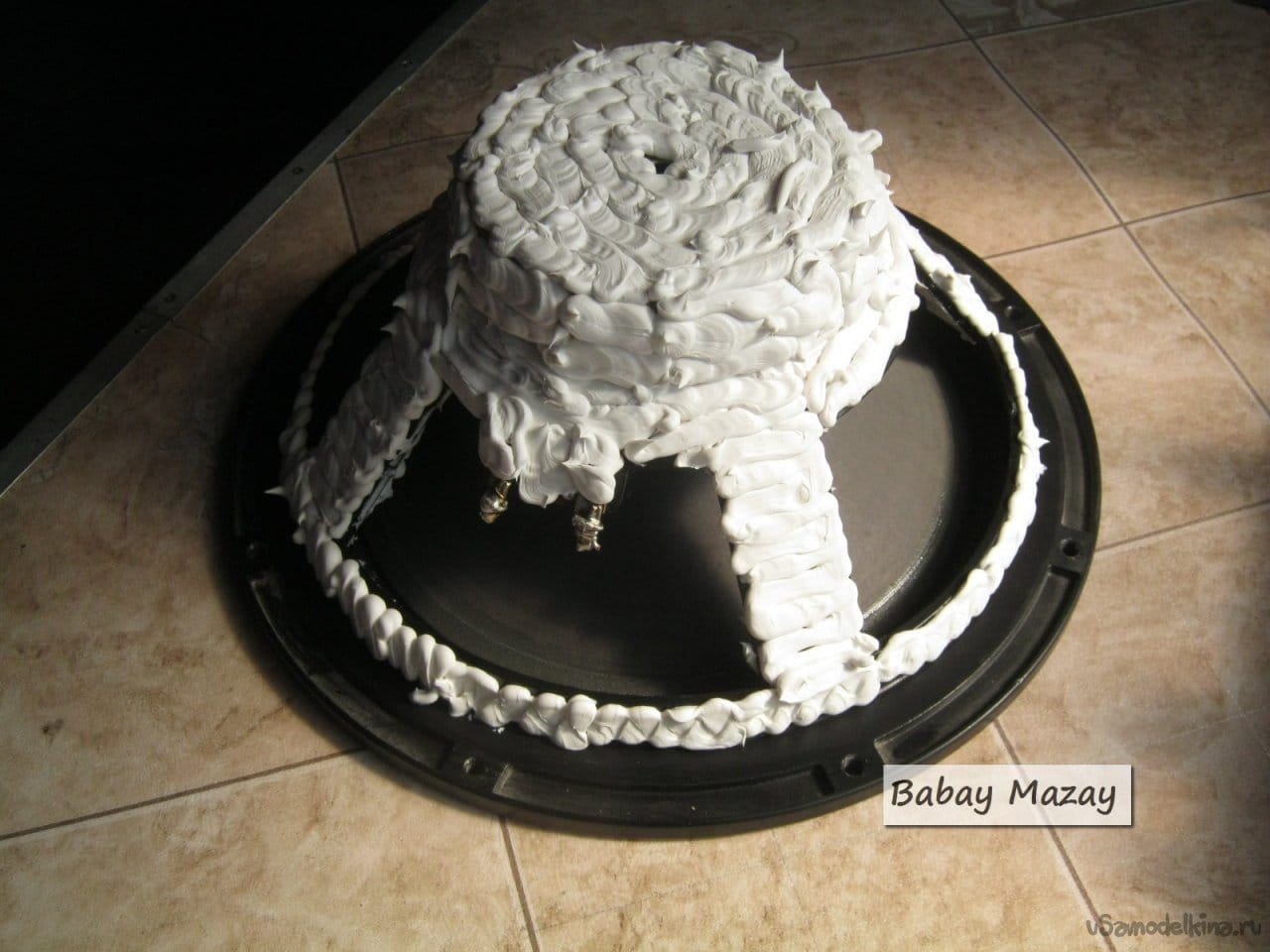 Photo 13 . Through the back, not yet installed wall, I prepared and passed the connecting cable – an ordinary lighting cable, double insulated, of significant cross-section. I measured a piece of cable, stripped the ends of the insulation, tinned it. I drilled a hole opposite and just below the speaker, passed the end of the cable, secured it outside and inside with tin clamps with short self-tapping screws. I covered the cracks with a sealant.
I assembled the speaker case, installed the remaining walls, secured, sealed the cracks (Photo 14,15) 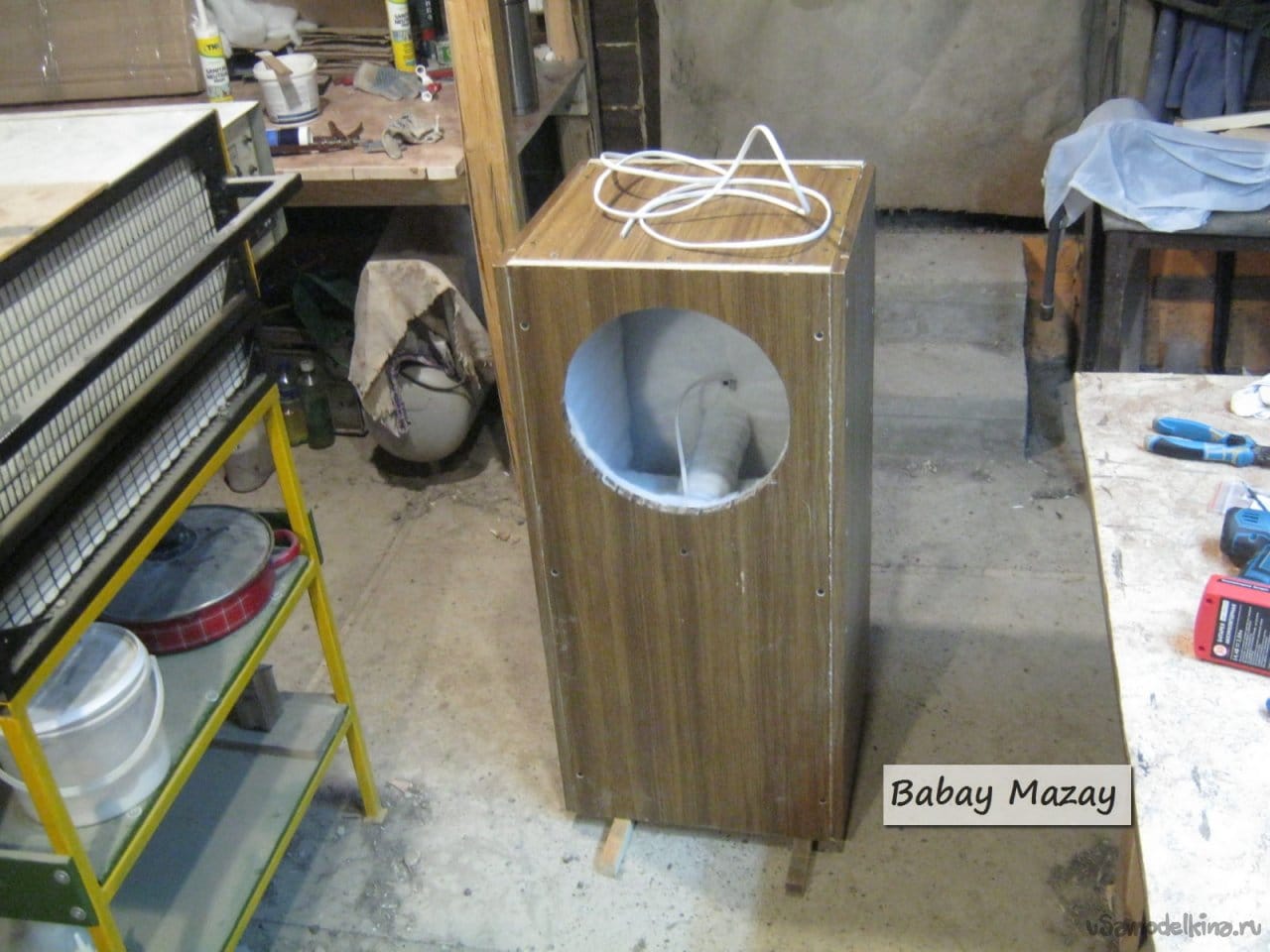 Photo 15 .Installed the speaker. I attached it to its regular place, outlined the boundaries, sealed the place around with masking tape (Photo 16). I soldered wires to the terminals of the voice coil. Used lead-free solder, common tin-copper. 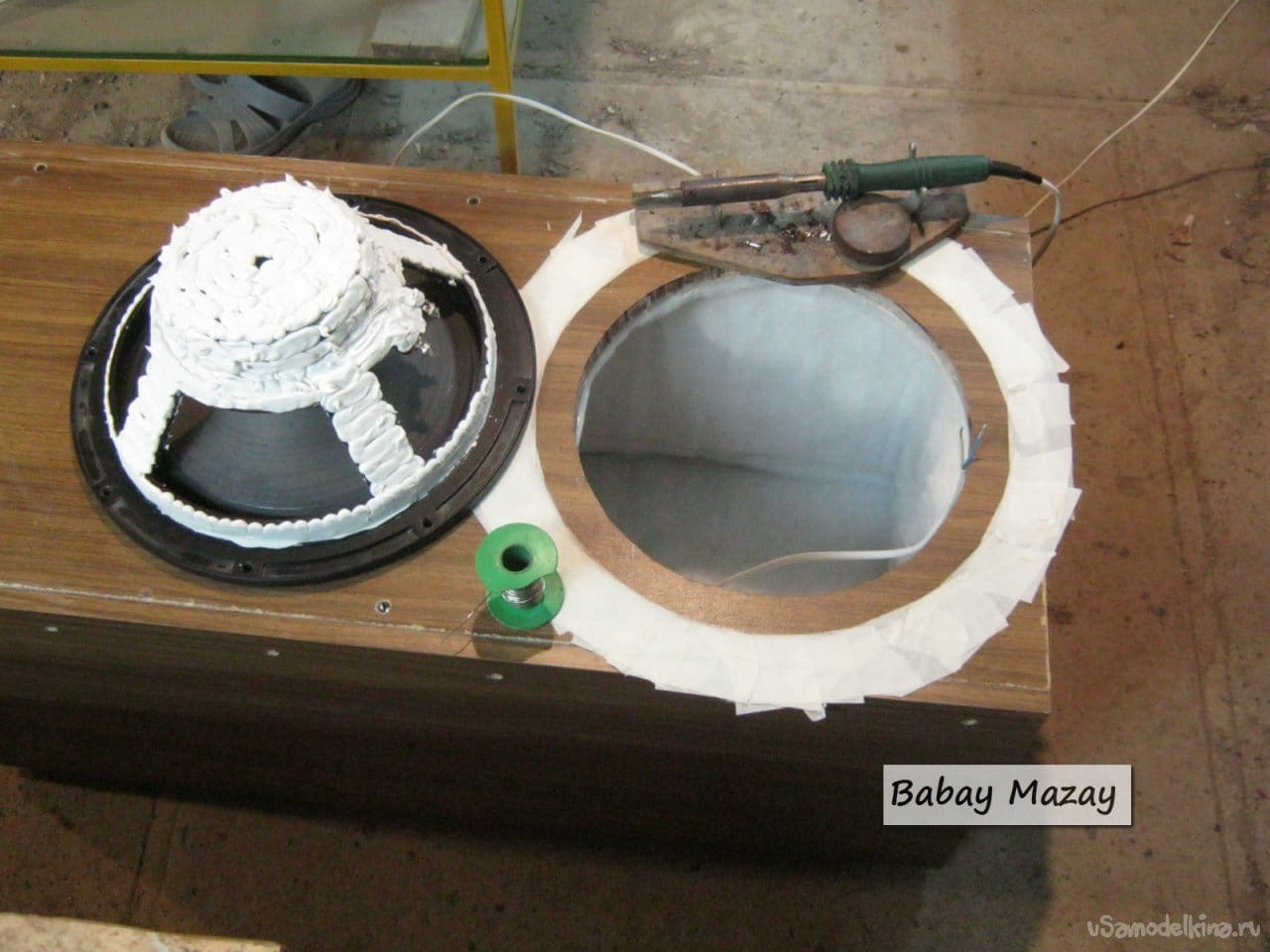 Photo 16: The dynamic head must be mechanically untied from the body – hermetically installed through a thick rubber washer and special fasteners. Here, a silicone sealant is applied. The head is installed in the housing with some horizontal clearance and does not touch it. Several layers of sealant are applied to the installation site and the head flange, and the speaker is slapped into place through four technological gaskets – wood chips of the same thickness, a little more than 4 mm. (Photo 17). The squeezed out sealant was removed with paper towels.


Photo 17 The next day the sealant was partially frozen. He pulled out the chips with pliers, touched the holes formed with fresh sealant, removed the masking tape, cut off the beads of sealant with a sharp knife. The speakers are hermetically glued to the housings through a thick elastic silicone washer. Practice has shown the uselessness of other fasteners – heavy heads are glued to death. 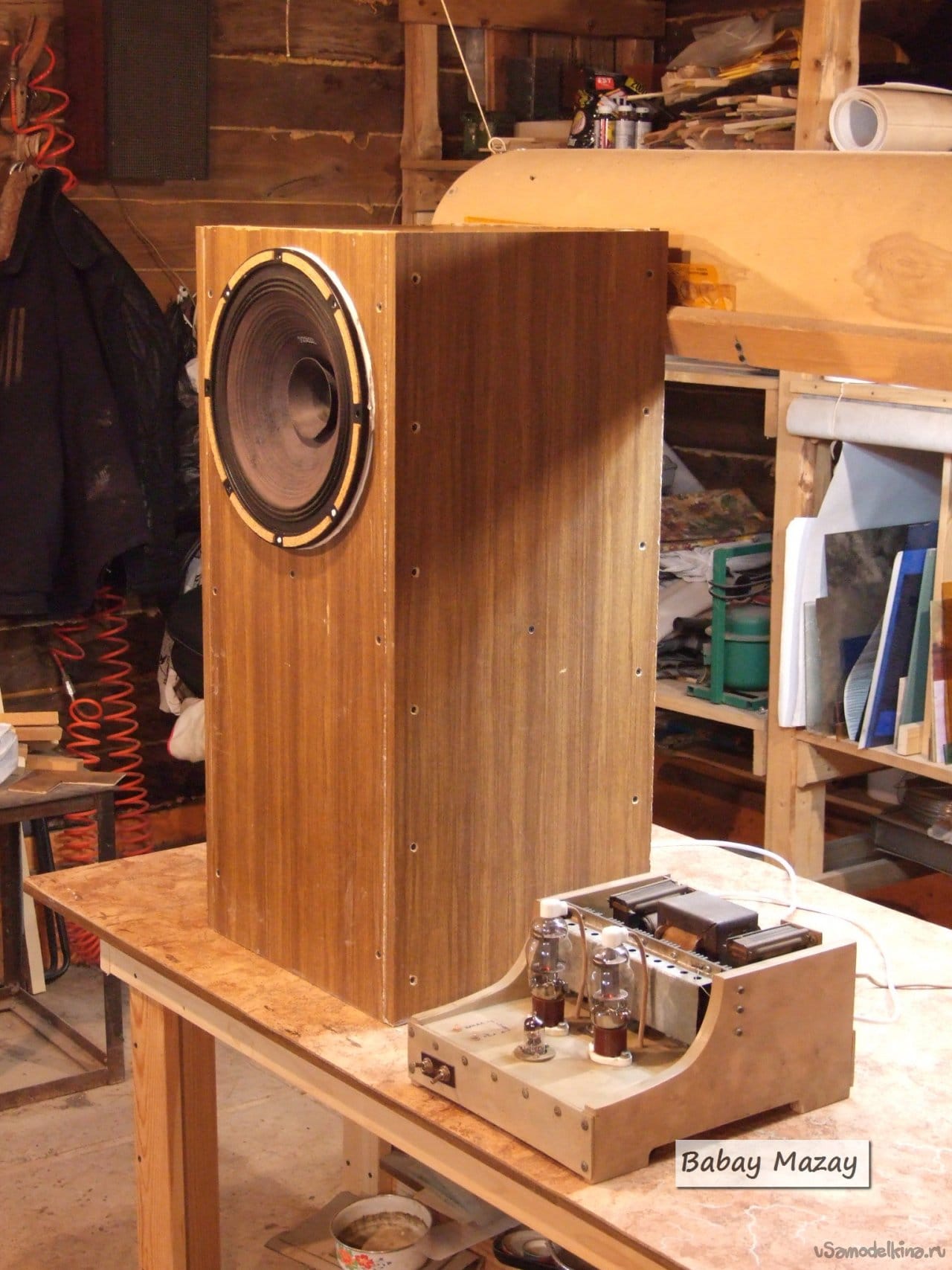 Removal of catalyst for profit