Pro-government TV channels broadcast the footage showing the dissident blogger and journalist seated behind a wooden desk. He is wearing a black hoodie and appears to have a bruise on his forehead. Belarusian authorities relased the clip and claimed the detainee is in good health and being treated in a lawful manner.

CNN reporter Bianna Golodryga sadi: “This has all the hallmarks of a forced confession and I can only imagine how fearful he is.”

In the video, he confessed to “plotting riots” in Belarus.

The 26-year-old was arrested and detained by police in Minsk on Sunday after the Ryanair plane he was on was diverted mid-flight and forced into an emergency landing. 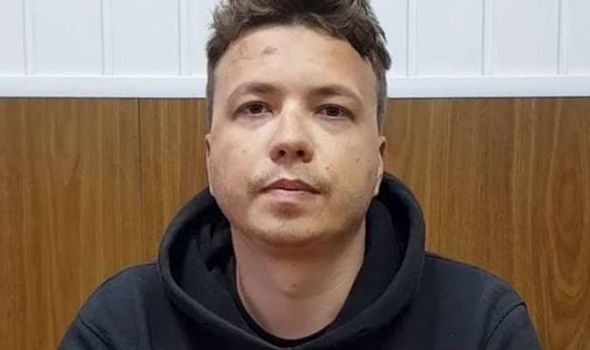 The country’s resistance leader Sviatlana Tsikhanouskaya stated she had got info that “he’s in the medical facility with issues with heart”.

Hamas fires rockets into Israel as tensions in Jerusalem boil over