As it happened among the people, to collect something from trash. That is, some unit has died, it is not thrown away, but gutted and from what still has viability is attached to useful assemblies. So I decided to fantasize.
Not so long ago, less than a year, I switched the Shurik batteries to lithium. And the old batteries seem to be somehow not needed. They were lying around like rubbish in a box with radio trash, it's a pity to throw it away. And then I went over them the other day and scraped up ten of the whole heap of vigorous ones.
Why not make an emergency flashlight? So bam and they turned off the light of the house, or spent the night at the dacha and here it was pinned by need at night, and run to the end of the site, or while fishing at night, the bell rang on the donkey. Turned on, lighting and no problem.
Well, if I decided to make a flashlight, why not use a solar panel assembled from my spent Chinese flashlights. Again, it is a sacred thing to add another trash. 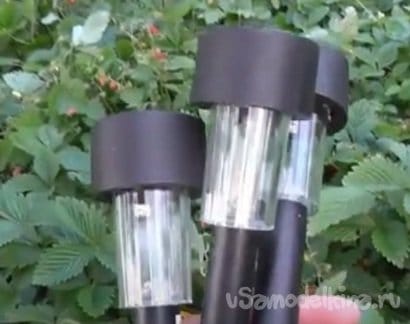 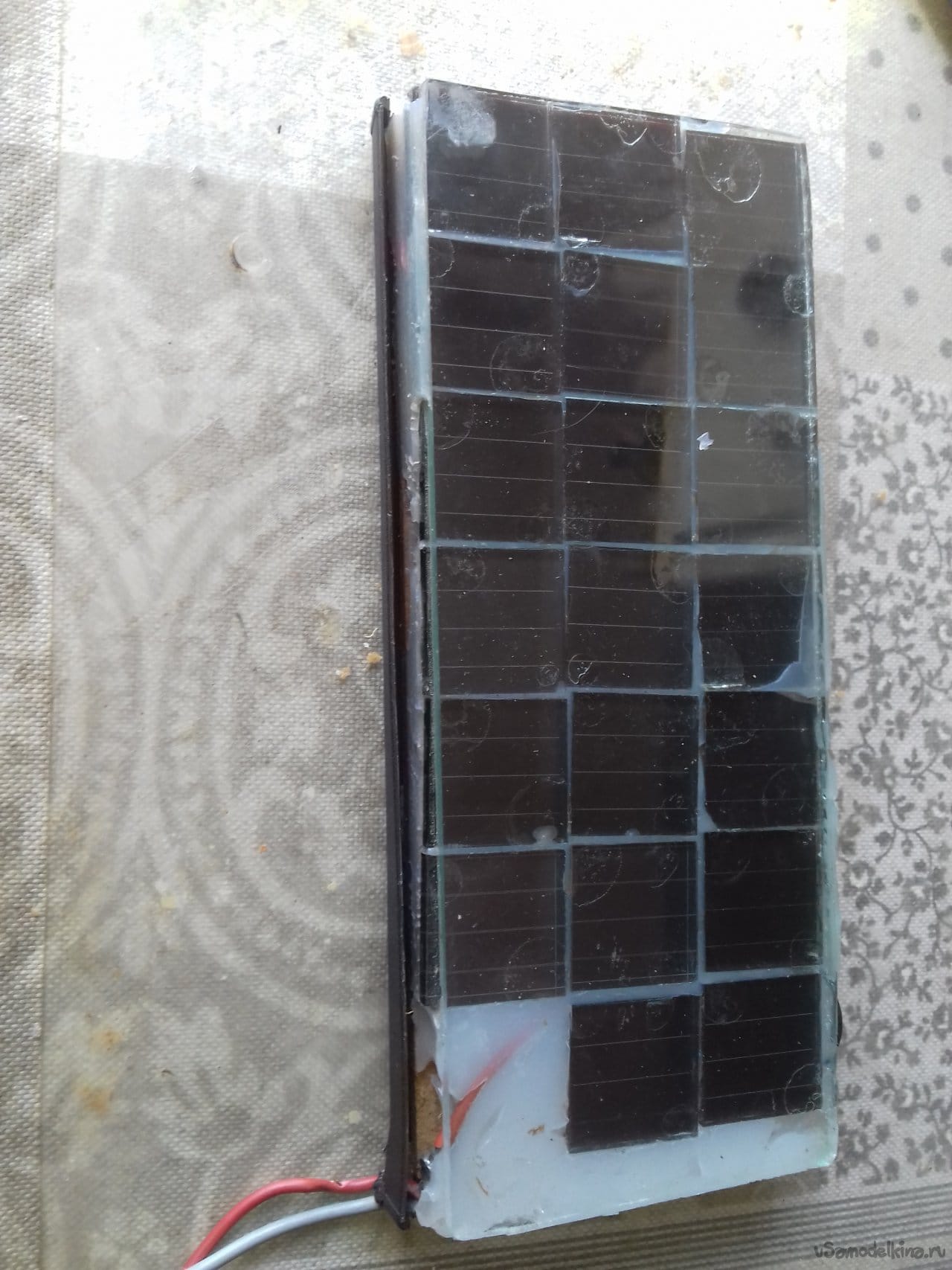 Before starting the assembly, I decided to check whether the conceived project would work. How a solar panel will be able to charge batteries by assembling twelve volts and how long the LED light will shine in time.
To check, I did not even solder the batteries, using magnets I typed a serial chain, connecting the socket and left it on the windowsill, for one and a half solar day.
I don’t want to brag, but I got quite good Chinese solar cells. Even under a table lamp, they are capable of delivering two volts 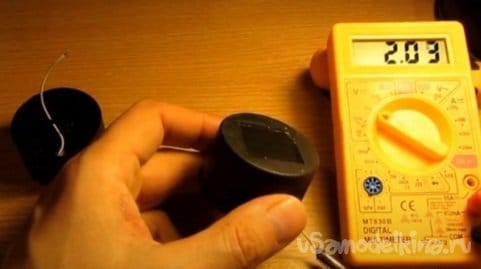 Before connecting the load, I fix the voltage. It is 12.75, not a full charge, but something. The sun has set behind the high-rise building and the solar panel is now in the shade. Even under such conditions, the voltage is generated within 15.6V, Accordingly, the amperes are small. 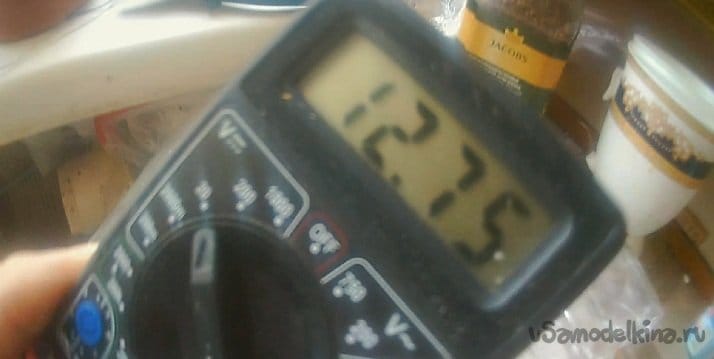 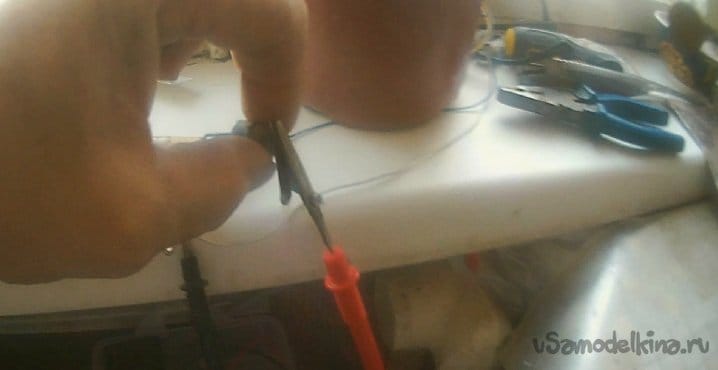 So, we test, connect a load of twelve volts, less than 0.1A and turn on the stopwatch.
The voltage has dropped, the LEDs continue to glow, although not so brightly. A little more and will go out. The experiment lasted less than fifteen minutes. 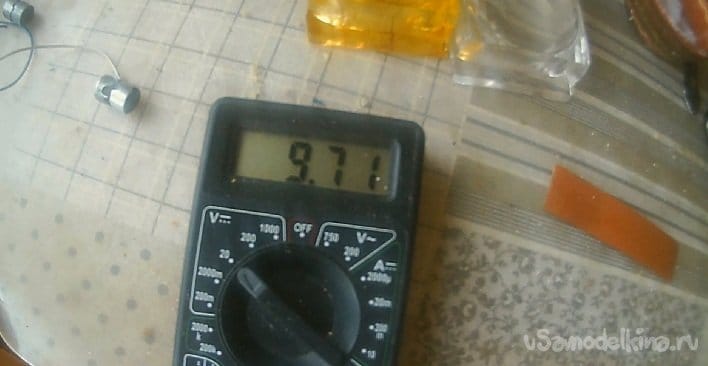 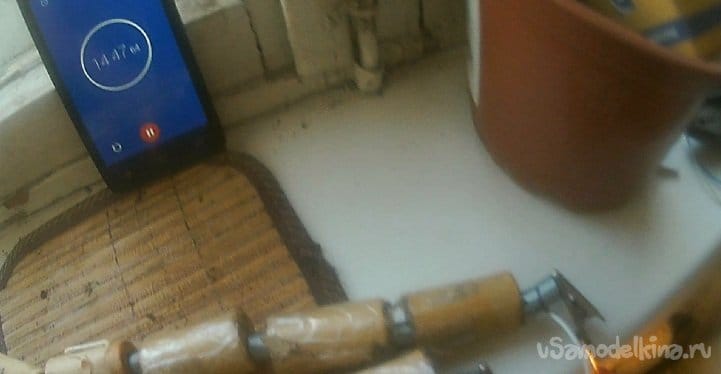 Now I will deal with the shell of the project, the DVD case fits perfectly in size. I drew and cut the plastic according to the size of the panel. I made a fourth one to the existing sides and attached a panel. 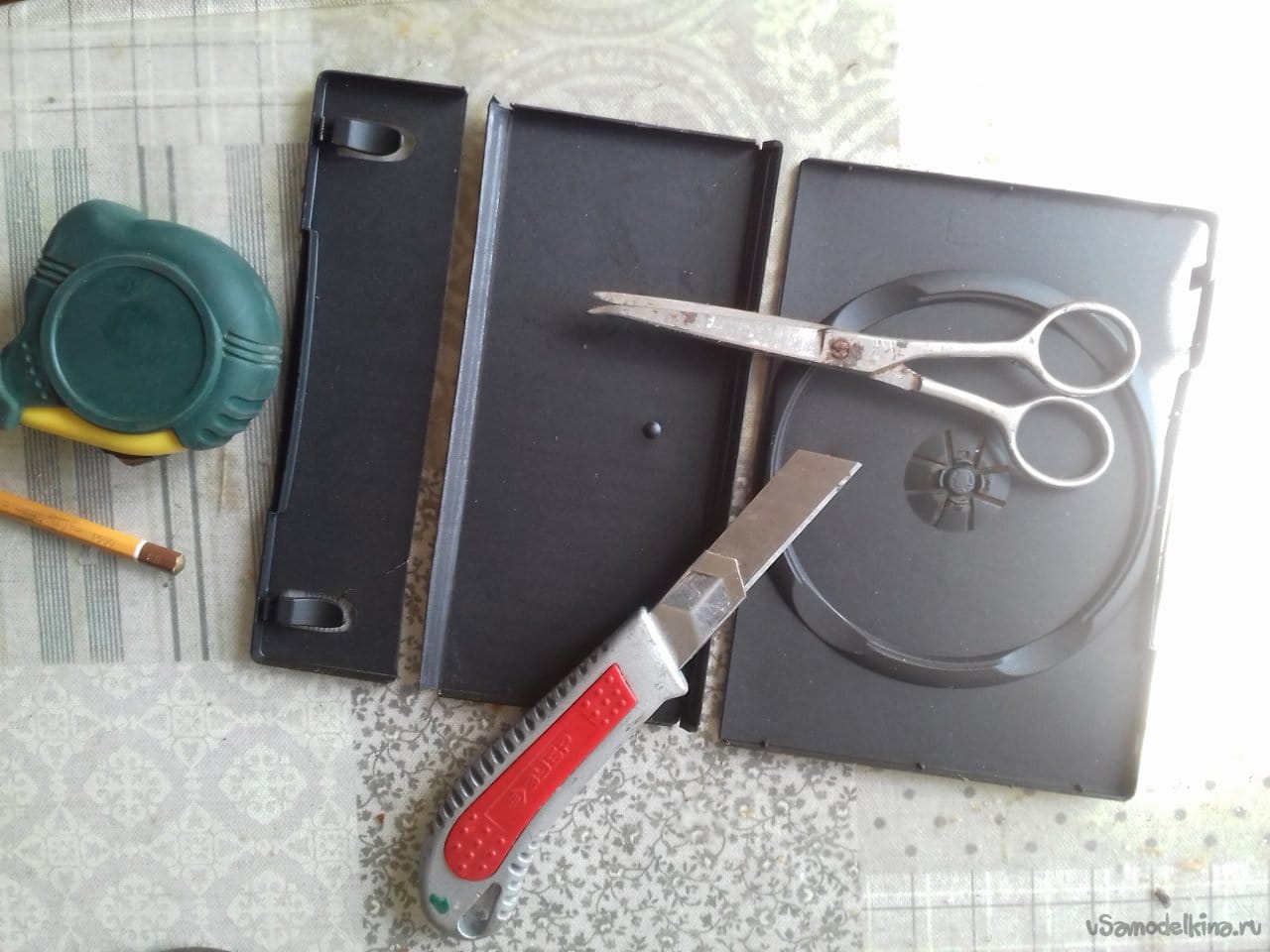 Reinforced in a circle with a cutting edge strip for chipboard 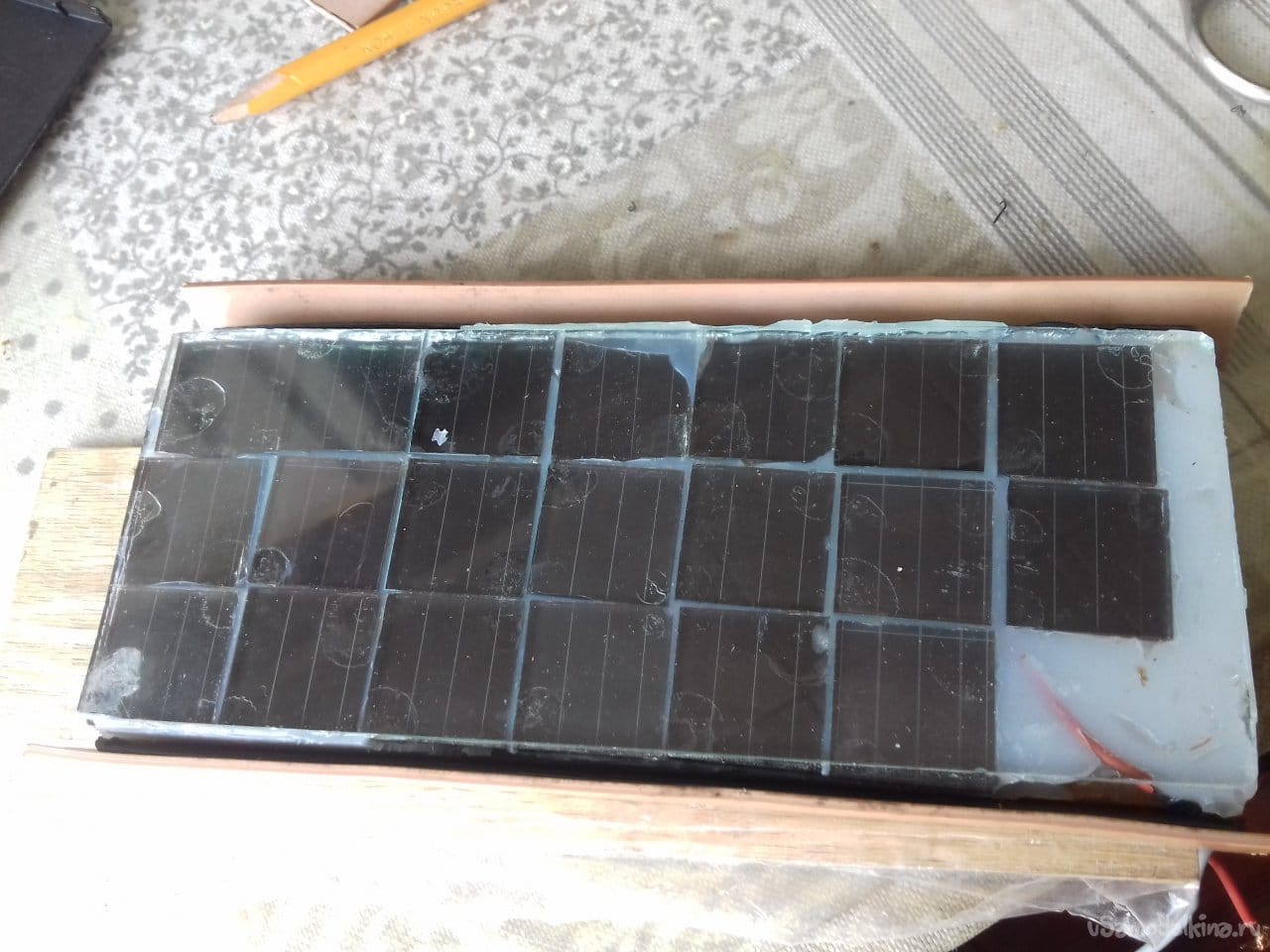 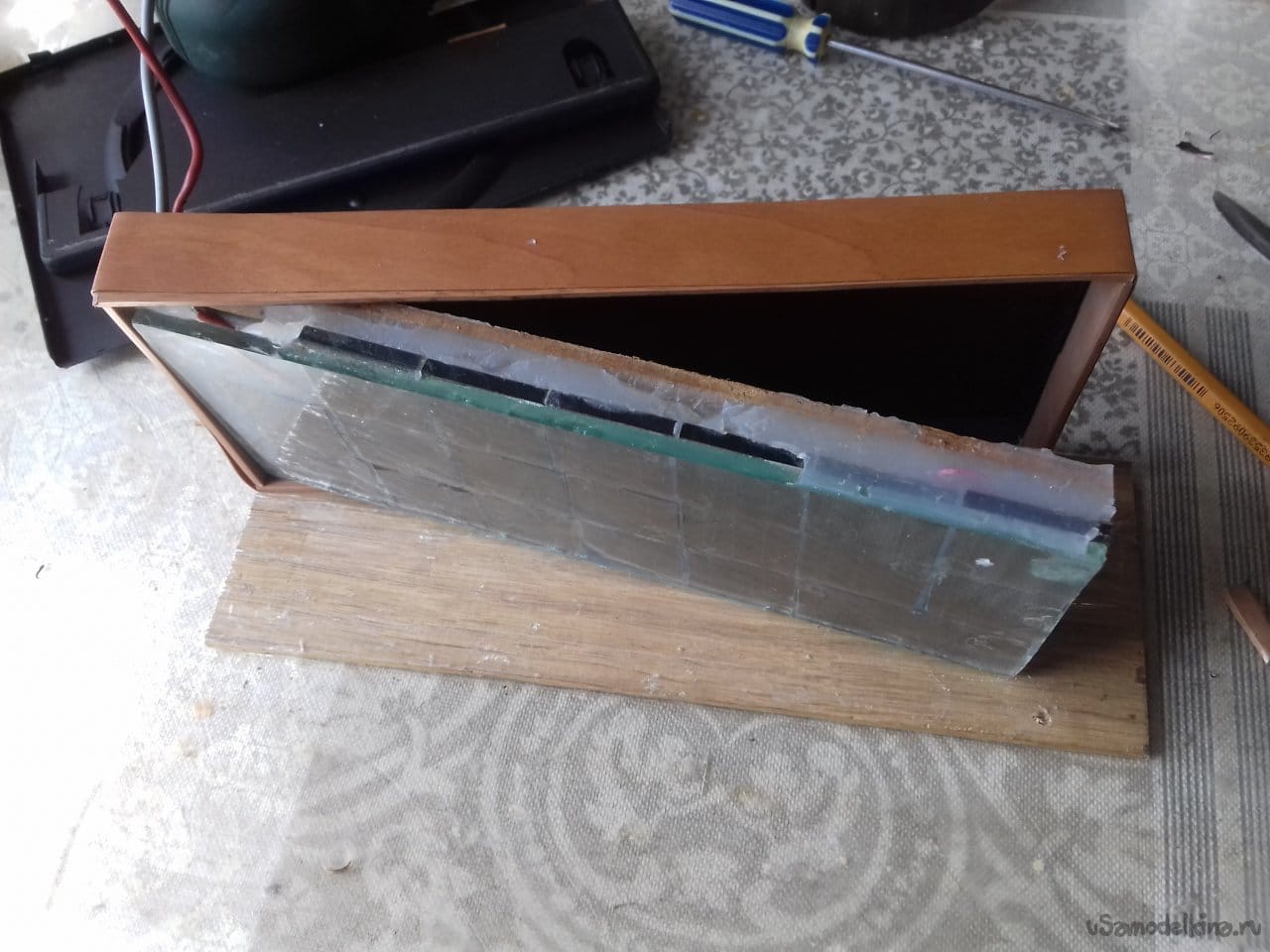 Then I built up the walls, made of the same plastic, to accommodate batteries inside them, and from the corner of the PVC cover frame. 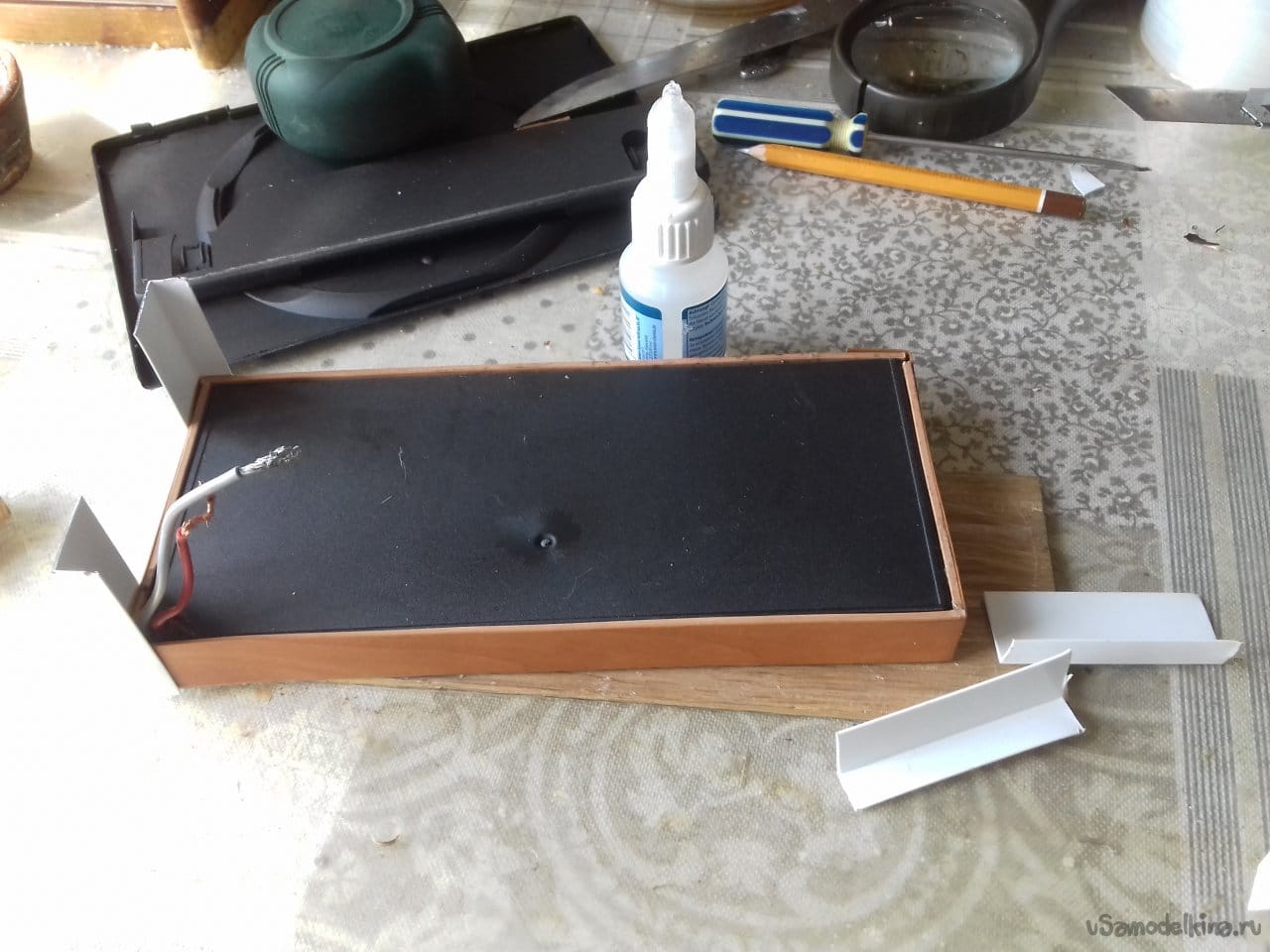 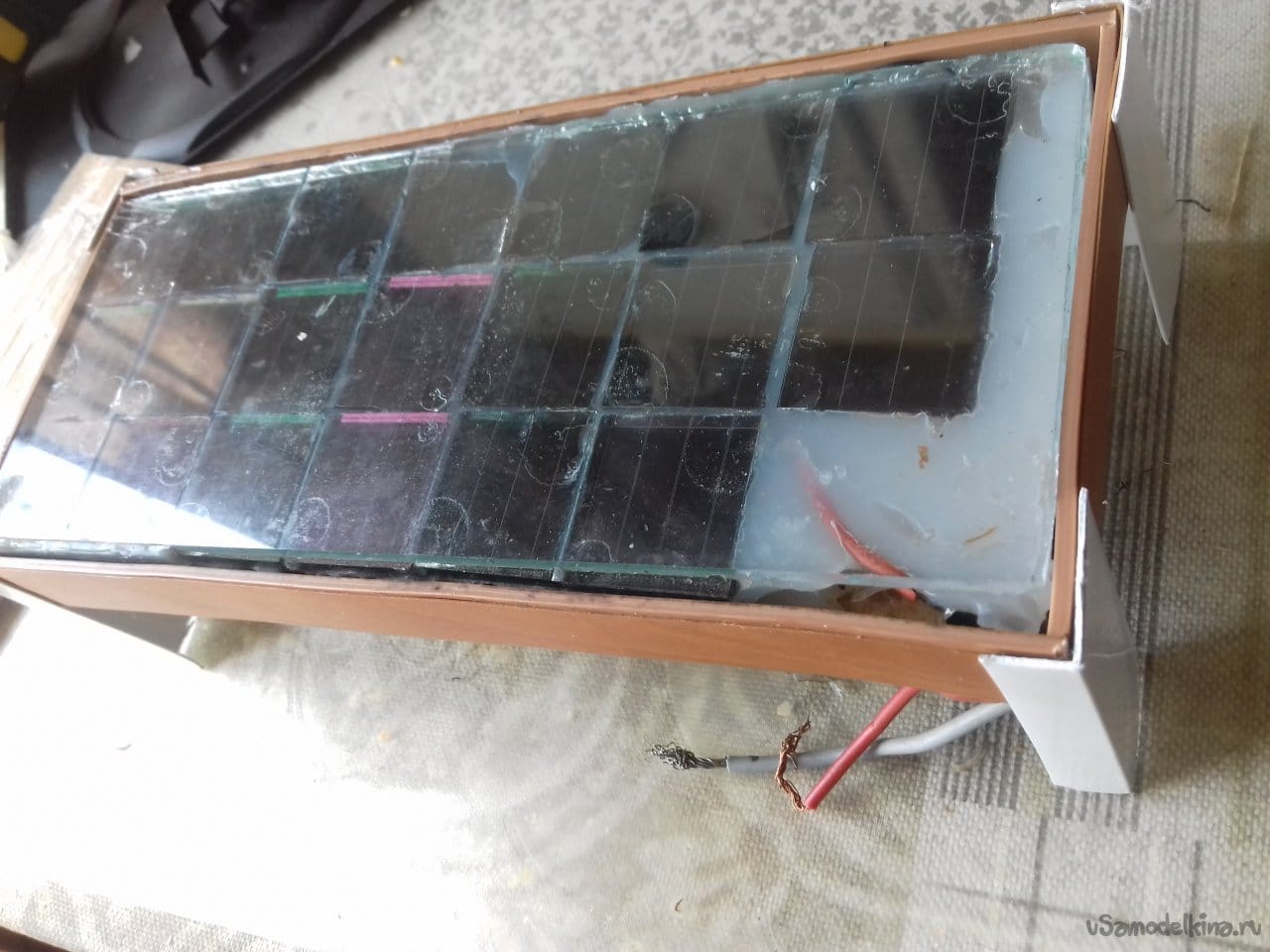 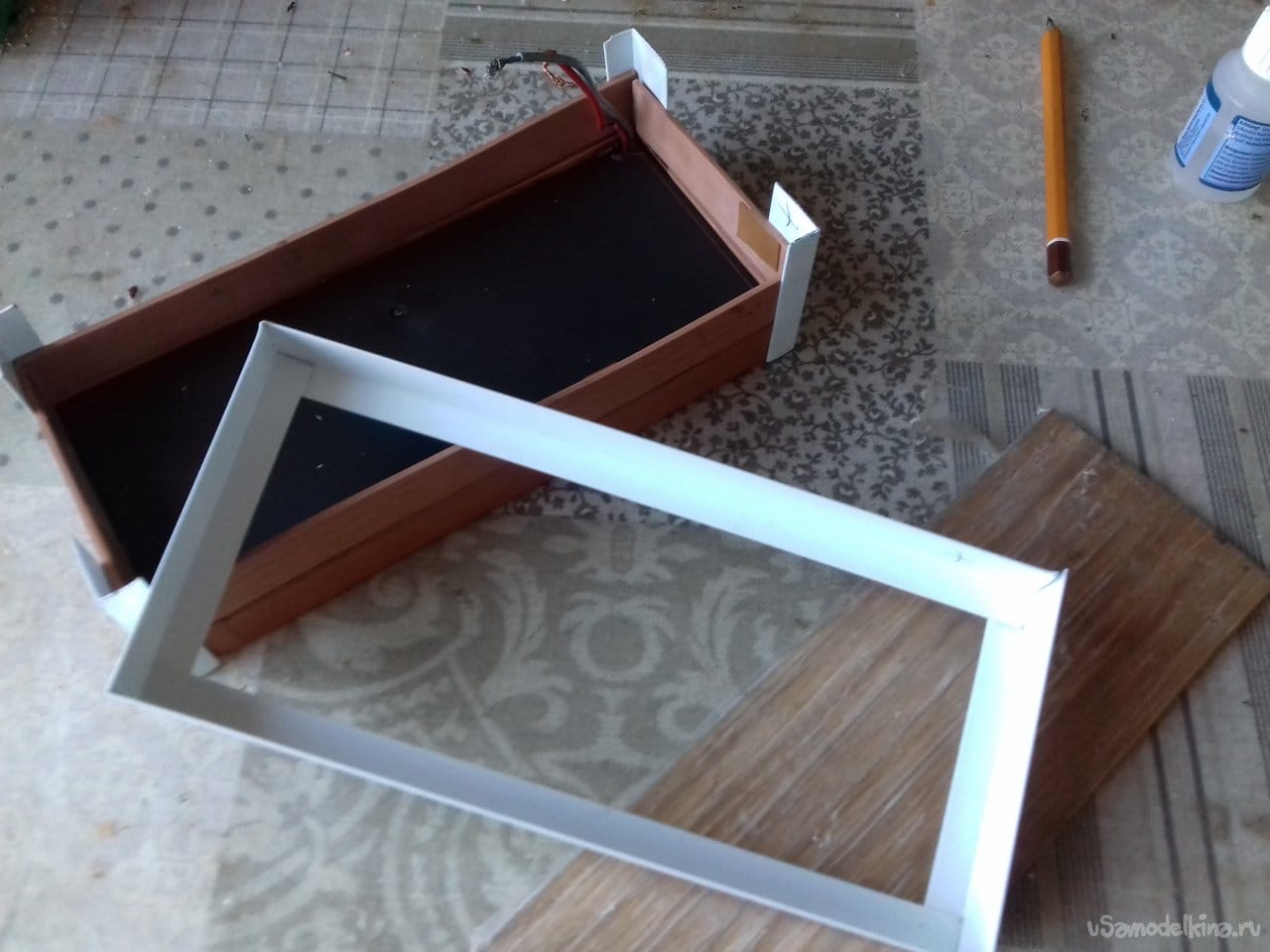 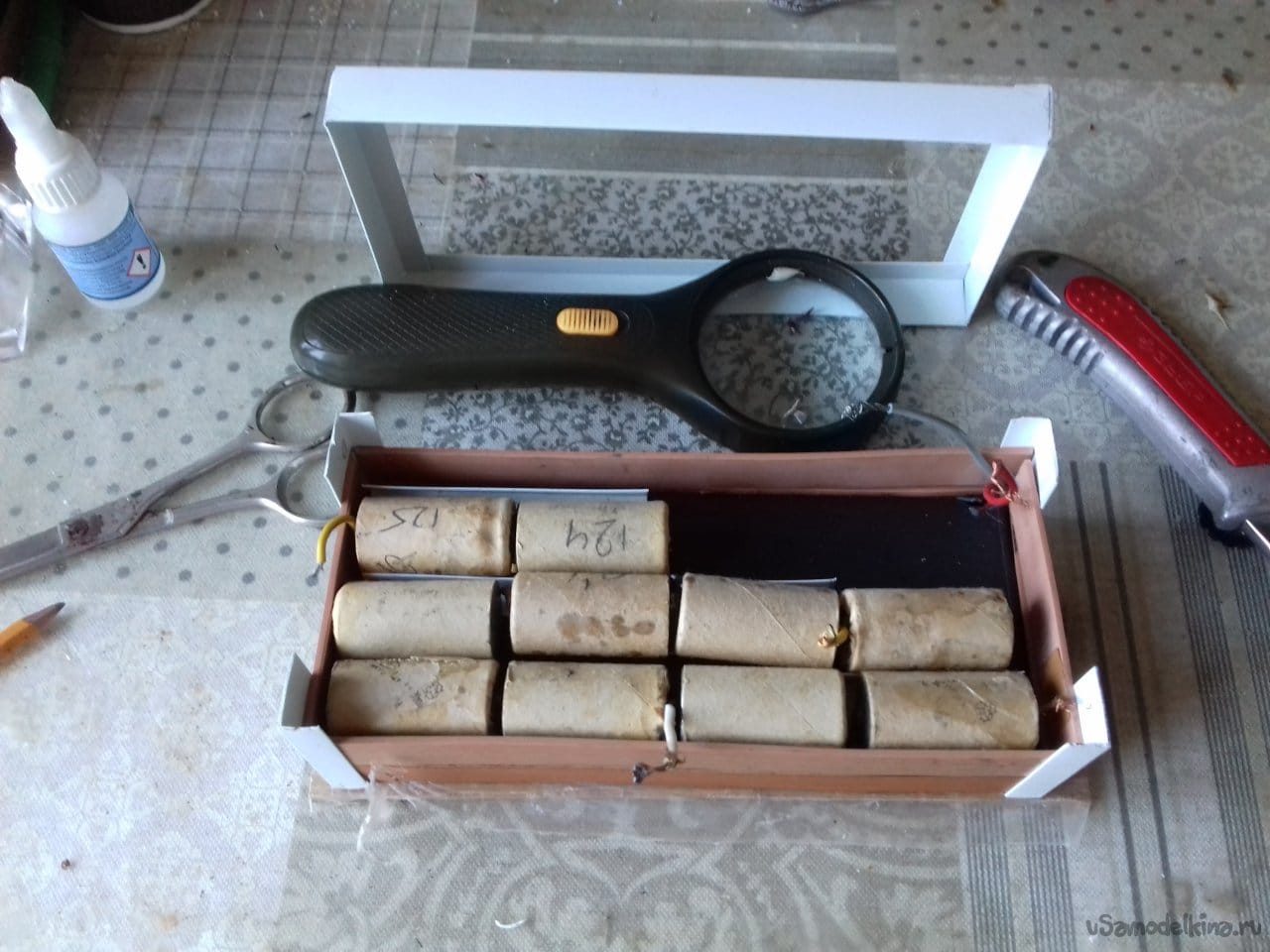 I will use a converted LED lamp, which worked from 220V and failed. I described the process of resuscitation of such lamps in a publication dated 8-11-2020, if the LEDs remain intact, then these lamps will still delight you with their light for a long time. It is more powerful and brighter than in my experiment, so it will shine less in time.
I put mirror plastic into the frame of the lid, it will also be a reflector. It is soft and easy to cut with a knife. I also decided to place a voltmeter in the lid, it will be possible to see the readiness of the batteries. I did not install the charge-discharge controller. The power of the panel is small, it is not even for charging, but for recharging. It will not be able to harm the batteries. Well, the discharge, so if I turn it on if necessary, then in case of a drawdown I will see and turn off the contact. 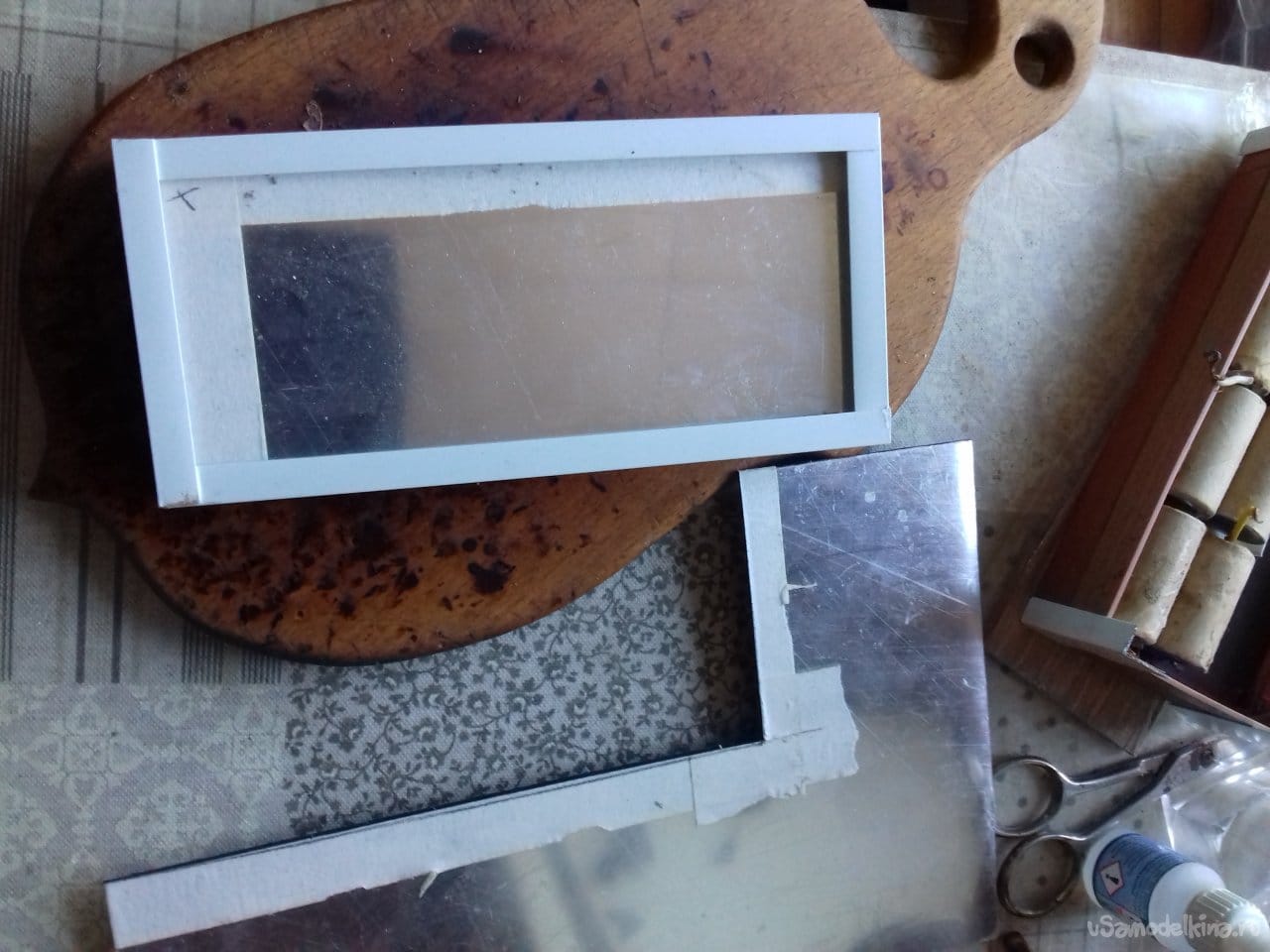 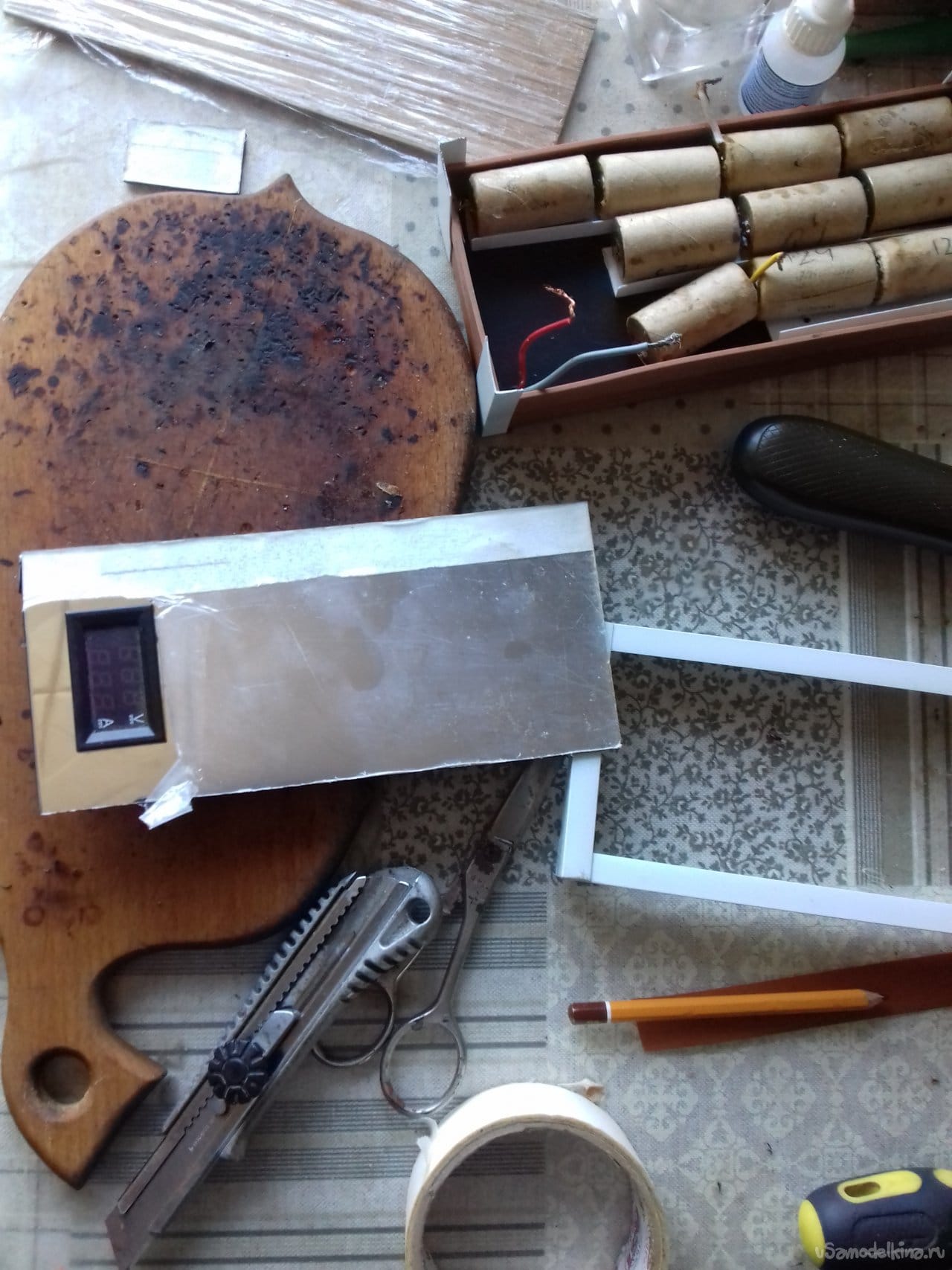 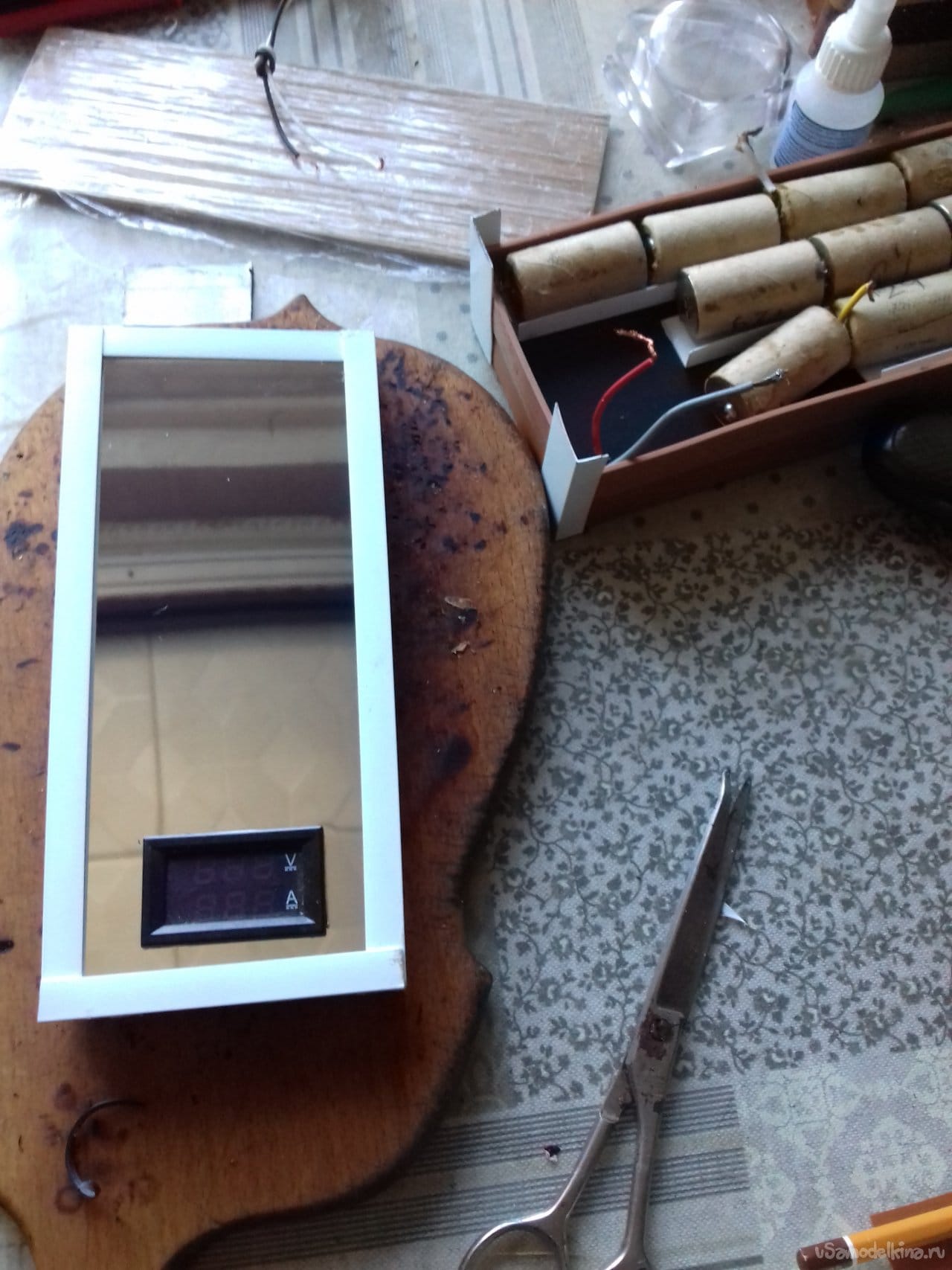 I placed the batteries so that there was room for the wires and a voltmeter, and the lamp itself, it does not heat up, I will turn it on by screwing it.

I soldered the batteries, connected the voltmeter and the solar panel, the assembly is complete. It remains to attach a lamp. I cut out a visor from mirror plastic and attached a cartridge to it. Here, in the upper part, I placed a connector for connecting a more powerful panel. 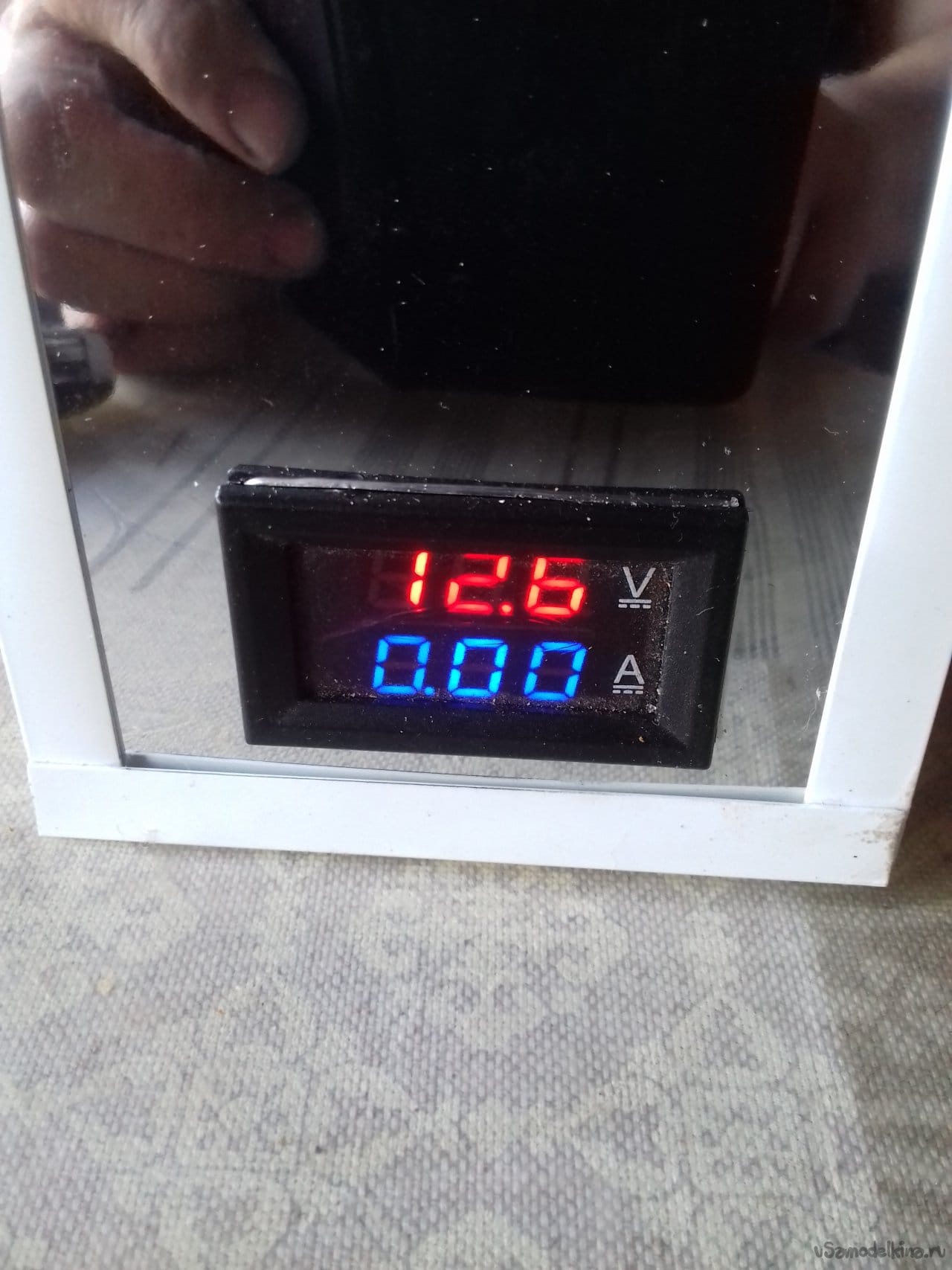 The collection of trash in a pile is completed, it turned out clumsy, but budgetary. 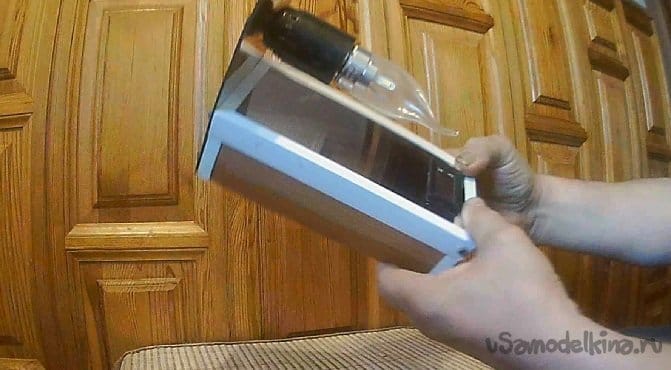 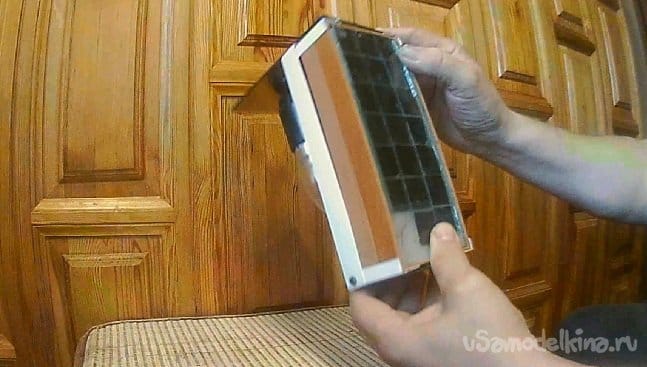 I twirled the lamp and it turned on. The lighting is not bad, it shines brightly, I will try to expose it for several sunny days under the direct rays of the sun, or I will connect a panel of higher power. Or, by charging, I will pull up the batteries, and then I'll try how long they last. 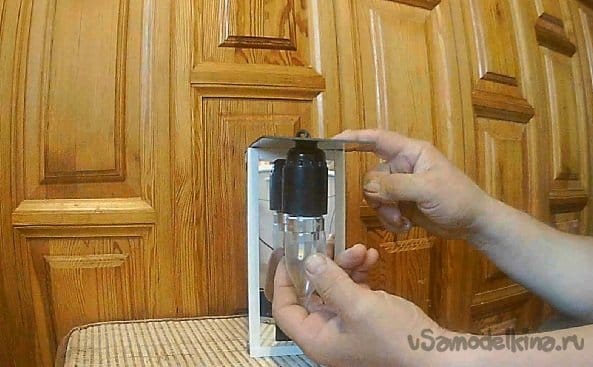 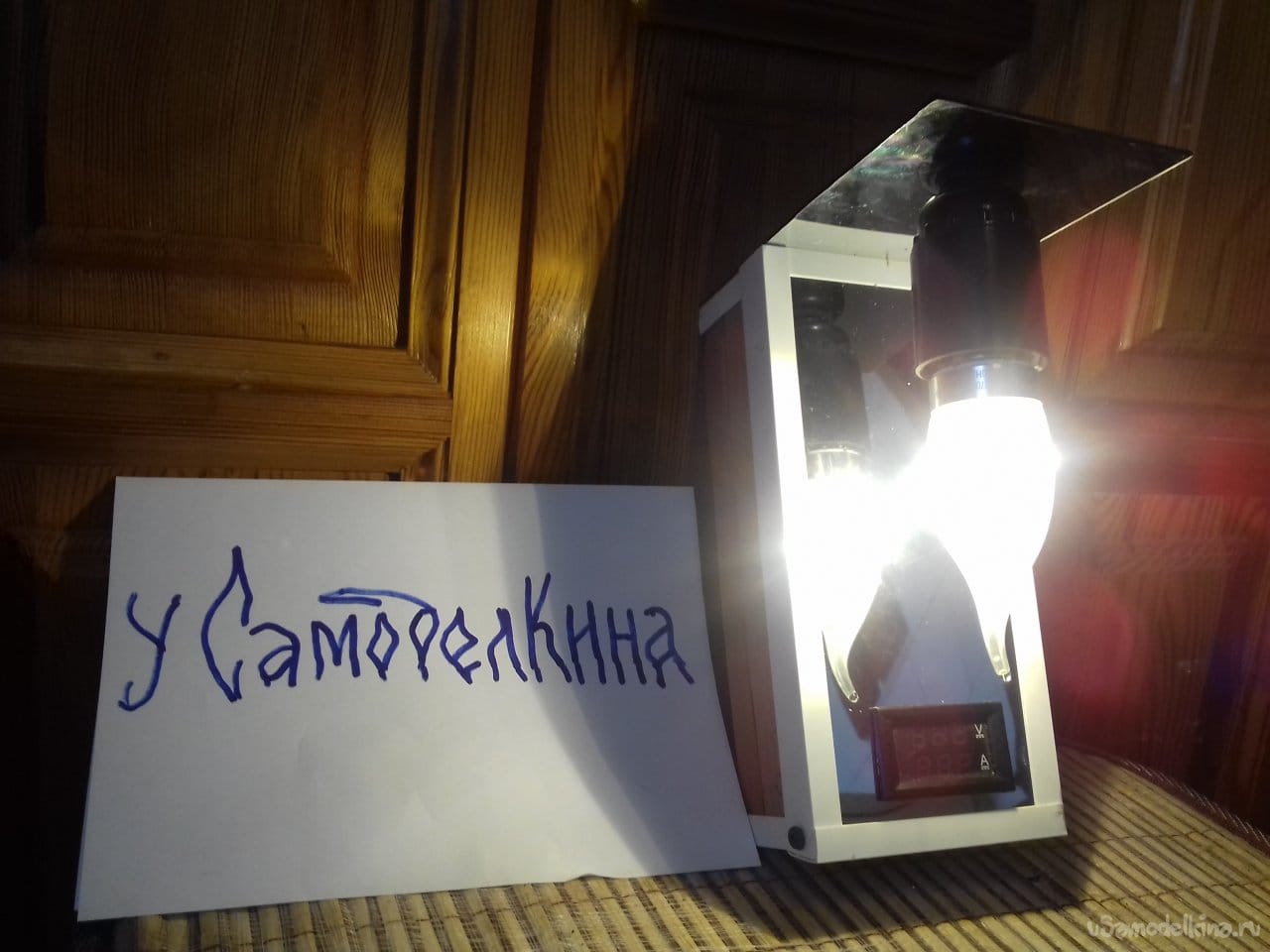 In any case, I win, “I collected it from what was.”

How and what to clean old brick for subsequent masonry