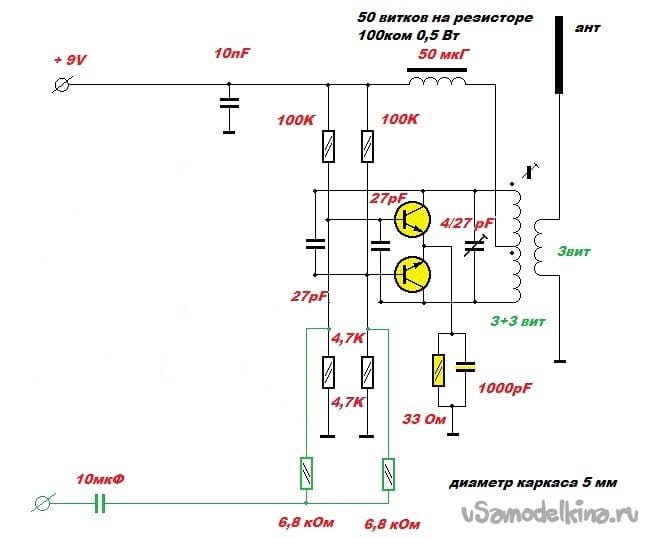 Note the base bias resistors are rated for germanium transistors. For silicon transistors, you need to change the resistance in the bases, change 100 kΩ to 47 kΩ, and change 4.7 kΩ to 10 kΩ. Transistors can be replaced with PNP type, the main thing is that the operating frequency is from 150 MHz and the gain is more than 100. And also for other NPN type transistors with similar characteristics.
To wind the loop, you need a copper wire with a diameter of 0.35 mm. For convenient winding, you need to take a 10 cm wire and fold it in half, strip 1 centimeter from the middle and twist it into a braid. The resulting braid needs to be tinned, this will be the midpoint. Then attach it to the frame and wind three turns in different directions, fix the resulting turns with glue. We wind the antenna wire over the circuit, evenly distributing the turns over the entire coil of the circuit. 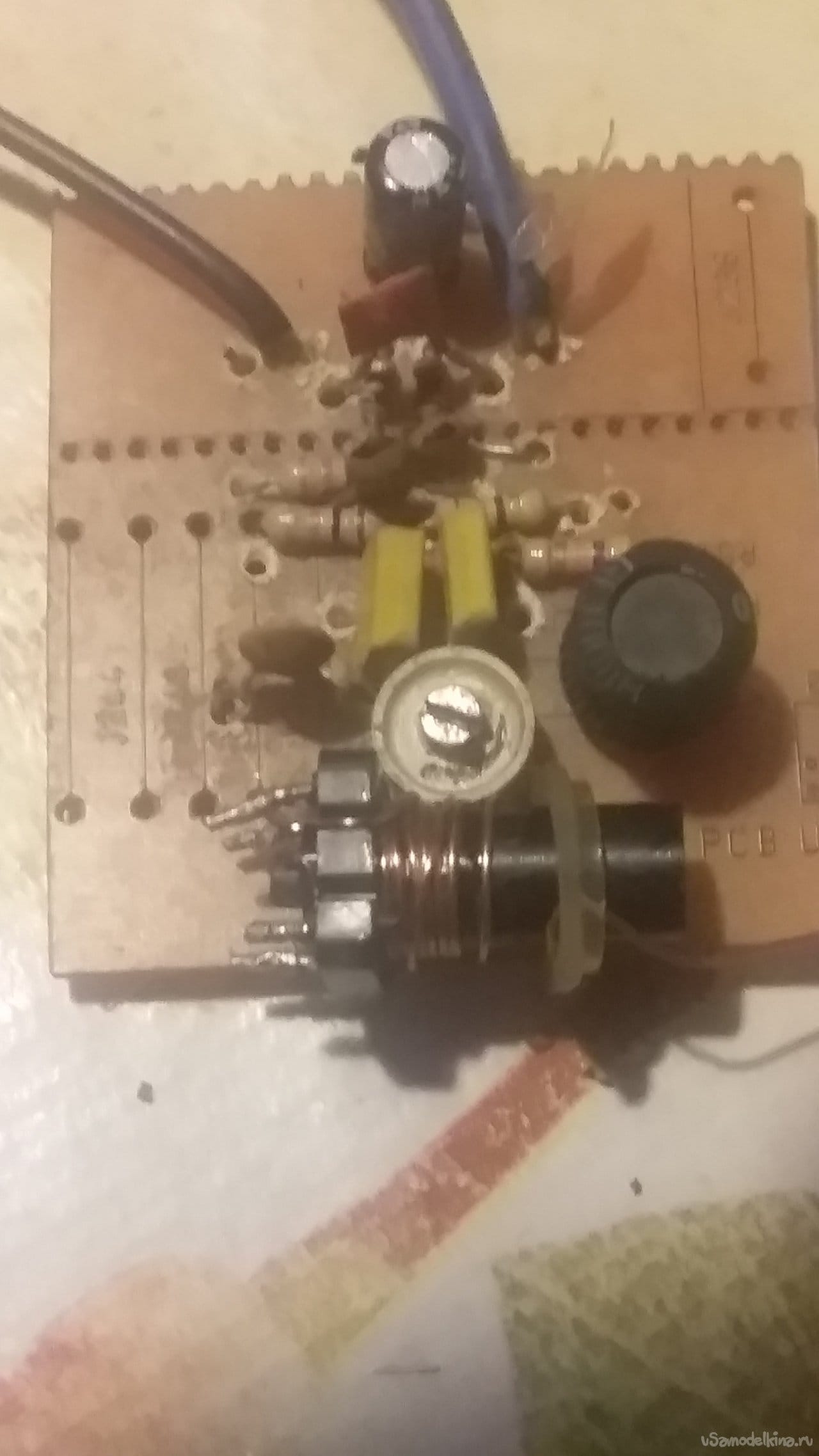 Any choke can be taken, from 50 to 100 μG. I set the maximum to 100 μG, tried less, there was no difference from 10 μG. Instead of KT315G, I installed foreign transistors 2N3904, but the transmission range became shorter. The power supply was originally 9V, it was powered by a “Krona” battery. The transmission range was about 800 meters. With an increase in the power supply to 12V, the signal range increased and amounted to 1 km. If you use the transmitter stationary and with a stable power supply, then the frequency does not drift away. But if you use a battery, during the discharge of which the frequency changes, then here you need a quartz resonator. It needs to be installed instead of one of the 27pf capacitors. and then the transmission frequency will be stable. Quartz resonators are needed to operate on harmonics. Usually they work at odd harmonics – 3, 5, 7, 9. Suppose you take a 10 MHz resonator, then you can use it to set the frequency to 30, 50, 70 and maximum 90 MHz.
If there are varicaps, then modulation at the sound input is better done on varicaps kv121a.
Also, if you have only one varicap, then put it, and instead of the second, you can put a ceramic non-polar capacitor for 1000 pF.
About 2 months ago, I was assembling the transmitter by the order of a friend according to this scheme.
4 KT315G transistors were taken, the transmission distance was about 2 km. It is important that the transistors are the same.
To tune the transmitter to maximum power, instead of an antenna, solder a miniature 3 – 6V incandescent lamp or a 3V LED through a 1 kΩ resistor to the antenna coil. Achieve the brightest glow by rotating the trimmer capacitor and the inductor core. Any pointer indicator and a couple of other parts are suitable for tuning the antenna to assemble an indicator of the electromagnetic field strength according to this scheme. 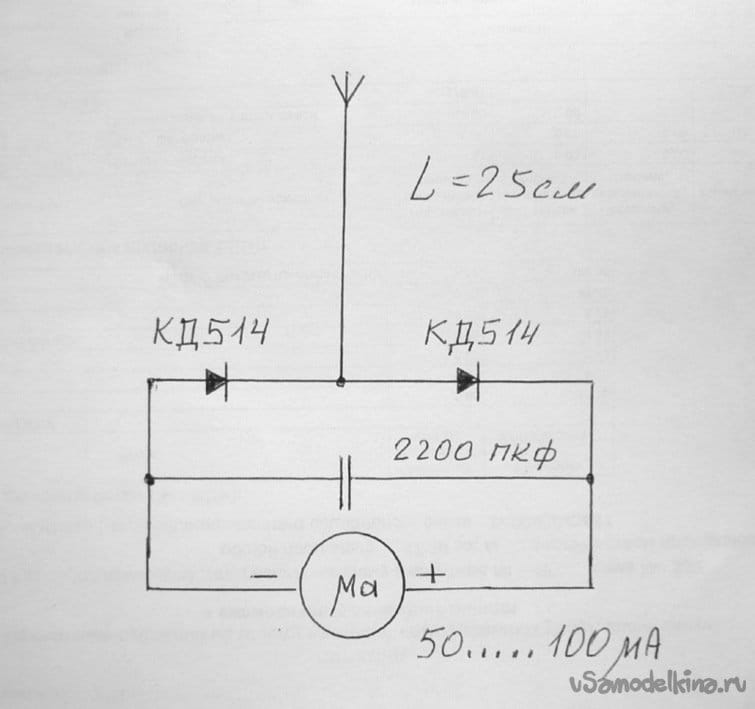 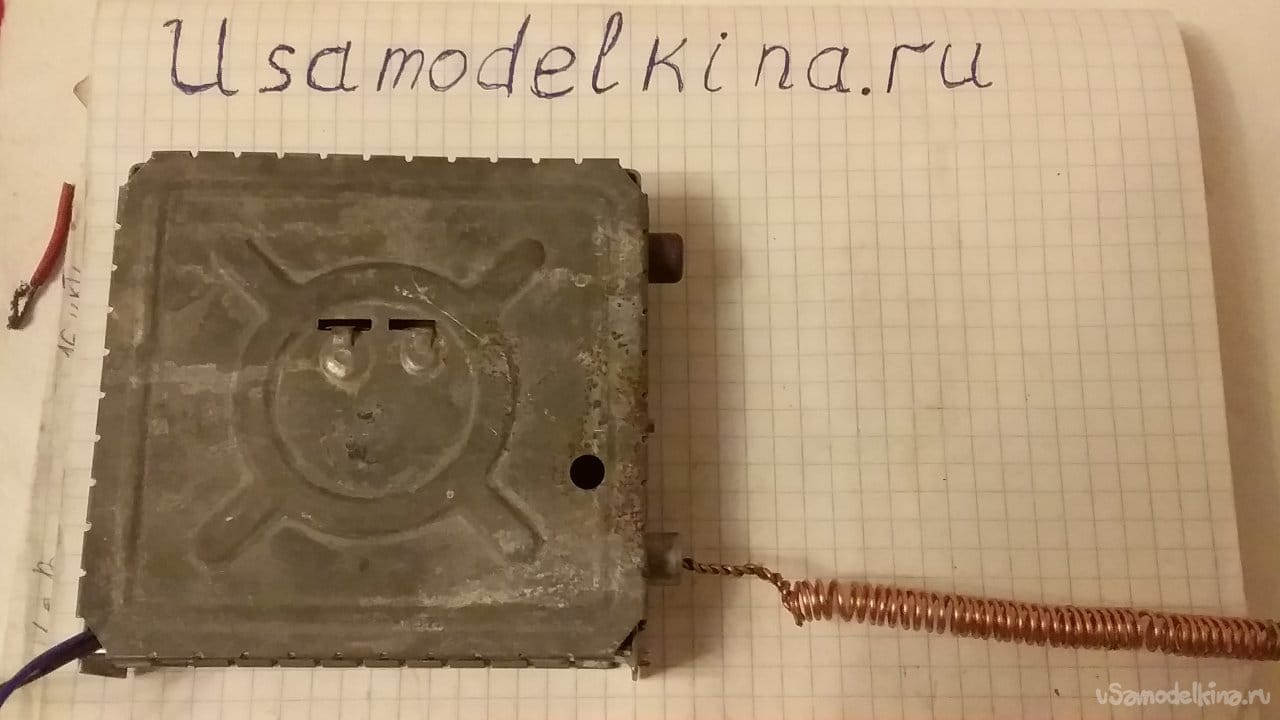 Thank you everyone for reading the article and happy repetition with Samodelkin!

We make shrinkage compensators ourselves