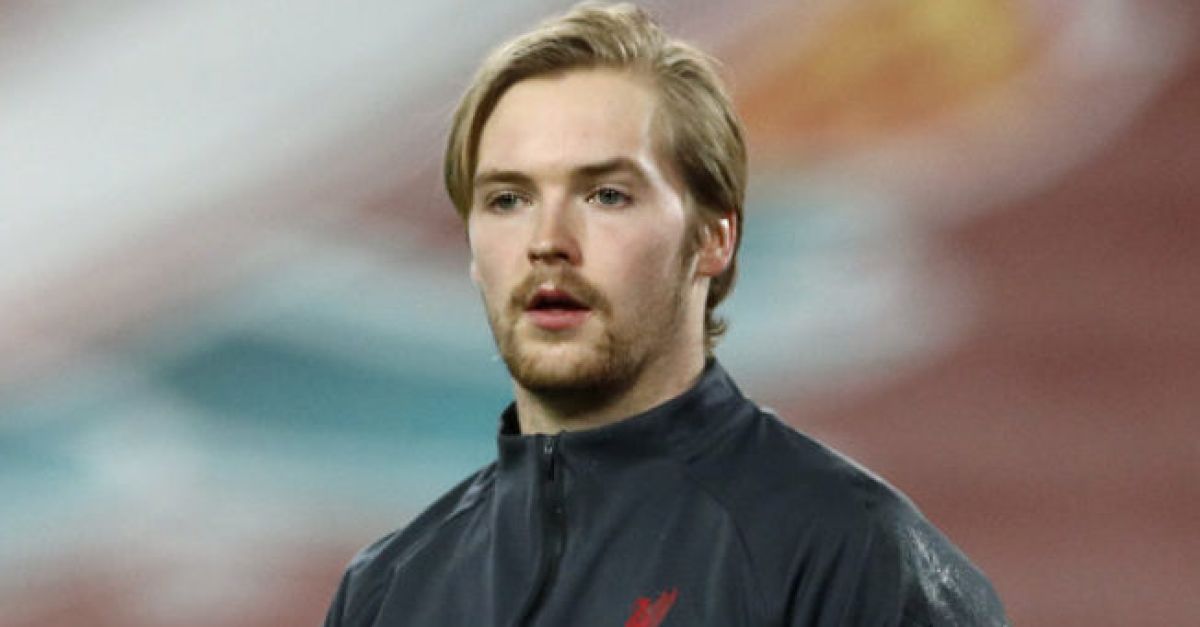 Stephen Kenny has admitted the brilliance of Alisson Becker is hampering Caoimhin Kelleher’s chances of proving he can be one of the best goalkeepers the Republic of Ireland has ever had.

The 22-year-old Liverpool keeper is one of three men trying to establish their senior international credentials over the next week or so in the absence of injured number one Darren Randolph for friendlies against Andorra and Hungary.

Kelleher has five senior club appearances to his name this season, most notably against Ajax and FC Midtjylland in the Champions League, but the excellence of Brazil international Alisson has meant he has had to remain patient.

That means he has not had the opportunity to make himself a clear choice ahead of Bournemouth’s Mark Travers or Gavin Bazunu, who has spent the season on loan at Rochdale from Manchester City.

Kenny said: “You need to play games and you have that dilemma. Of course Gavin got a lot of games in League One this year.

“Caoimhin got some games at Liverpool – but it’s very, very hard to play at Liverpool because you’ve got one of the top goalkeepers in the world, Alisson, playing ahead of him and it is difficult.

“Ideally, you’d want Caoimhin to go and play regular games because he’s probably potentially one of the best goalkeepers that we’ve had, and yet we won’t know that unless he continually plays games, so that’s interesting.

“Gavin has really emerged; Mark likewise needs games – his loan spell was cut short this season and he needs games. Gavin came in against Luxembourg and Qatar and played very, very well, it must be said.

The @theposhofficial attacking midfielder comes into the Ireland squad for the first time as Connolly, Robinson & Randolph withdrawn through injury

“He impressed and showed great composure and a fair presence, so there are decisions to be made there. They’re not straightforward, so we’ll have to consider all of that and see.”

Kenny, who has capped 13 new players in his 11 games in charge to date, could hand out further debuts having drafted in Norwich defender Andrew Omobamidele, midfielders Jamie McGrath and Daniel Mandroiu and Sam Szmodics – of St Mirren, Shamrock Rovers and Peterborough respectively – and Rotherham winger Chiedozie Ogbene into his latest squad.

Szmodics, who scored 15 goals in Posh’s League One promotion campaign, caught the manager’s eye when he had gone to watch the club play at Ipswich.

He said: “Sam was playing as a number 10 and he scored twice in Portman Road that day. He did very well on the day.

“We monitored his progress in that period. Obviously it is a big jump from League One to international football. I’ve been at some recent games in Peterborough to see him and he is adaptable. He is a very hard working player.”

Kenny has endured a difficult first year at the helm since replacing Mick McCarthy and has not yet tasted victory, although he insists he has learned a lot about both himself and his team.

He said: “I’ve learned a lot and I am all the time continually learning.

“We want to learn and win, of course. We want to win games. That is what we will be looking to do.”

Rainbow Cup: Where to watch as Munster and Connacht return to action

Fair enough to announce joint winners in a ‘no result’ match ?