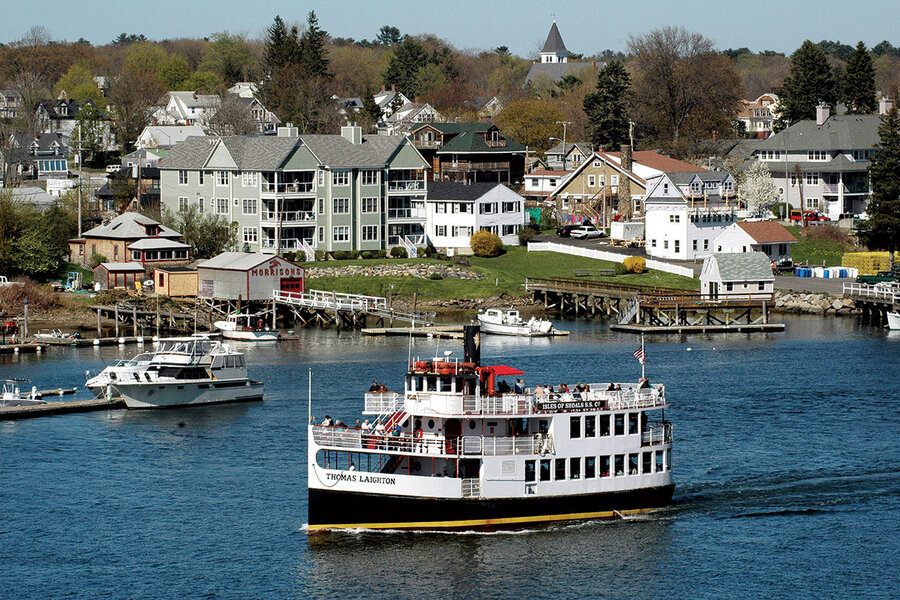 I’m chagrined to say that I had lived in Maine many years before discovering that a route I had traveled innumerable times lay in E.B. White’s very backyard.

Is there a need to introduce the 20th century’s preeminent American essayist and author of the children’s classics “Charlotte’s Web” and “Stuart Little”? A New Yorker by birth but a Mainer by disposition, White was spending most of his time by the 1930s in my state, from which he continued to write for The New Yorker. His love for Maine is palpable in his fine essay “Homecoming,” in which he writes:

What happens to me when I cross the Piscataqua and plunge rapidly into Maine at a cost of seventy-five cents in tolls? I cannot describe it.

I do not ordinarily spy a partridge in a pear tree, or three French hens, but I do have a sensation of having received a gift from a true love.

The Piscataqua, by the way, is a river. But it is another Maine river, the Narramissic, that is the portal, so to speak, to E.B. White country, where he was able to buy the saltwater farm he had aspired to. Of this river he writes, in the same essay cited above:

When … I dip down across the Narramissic and look back at the tiny town of Orland, the white spire of its church against the pale-red sky stirs me in a way that Chartres could never do. It was the Narramissic that once received as fine a lyrical tribute as was ever paid to a river – a line in a poem by a schoolboy, who wrote of it, “It flows through Orland every day.” I never cross that mild stream without thinking of his testimonial to the constancy, the dependability of small, familiar rivers.

Now I understood everything. I had always been particularly moved by the Narramissic and the landscape in which it was set, but now my awareness was heightened, as if White had given me a new context, a new way of looking at this “mild stream.”

But it’s that quoted schoolboy line that really grabs me. Inescapably iambic, it beautifully captures the image of small waves on the river’s surface:

Perfect. Like a melody stuck in my head, this line is something I can’t seem to escape. Whenever I drive across the Narramissic en route to one of Maine’s small coastal villages, lovely this time of year, I cannot help reciting these lines aloud, whether I am alone or with passengers, or even when I am the passenger, in which case I excuse myself before clearing my throat and declaring, “It flows through Orland every day.”

I’m happy to say that everyone has been forgiving about this quirk in my character, even if that means just smiling indulgently. The only one who has ever given me any grief is my older son, Alyosha, years ago, when he was about 11. On each of our many peregrinations to the coast, he heard me recite the magic words as we crossed over the Narramissic.

It got to the point where, as we approached the river, he would draw in his breath, as if girding himself for what he knew was coming. And he exhaled only after I had said my piece.

Alyosha is grown now and living out of state, so these days I cross the Narramissic alone. Free of any critics, potential or active, I’ve grown even bolder in singing out the inspired words, because they are beautiful, they remind me of a fine writer, and they anchor me to pleasant memories.

Recently, Alyosha called to announce a visit. After he enumerated all the things we would do together, there was a pause, during which I presume he drew in his breath before asking, “Can we go to that river you used to take me to?”

With giant trolls, one artist preserves imagination – and the environment

Tradition on the half shell: Picking oysters in post-Brexit Britain