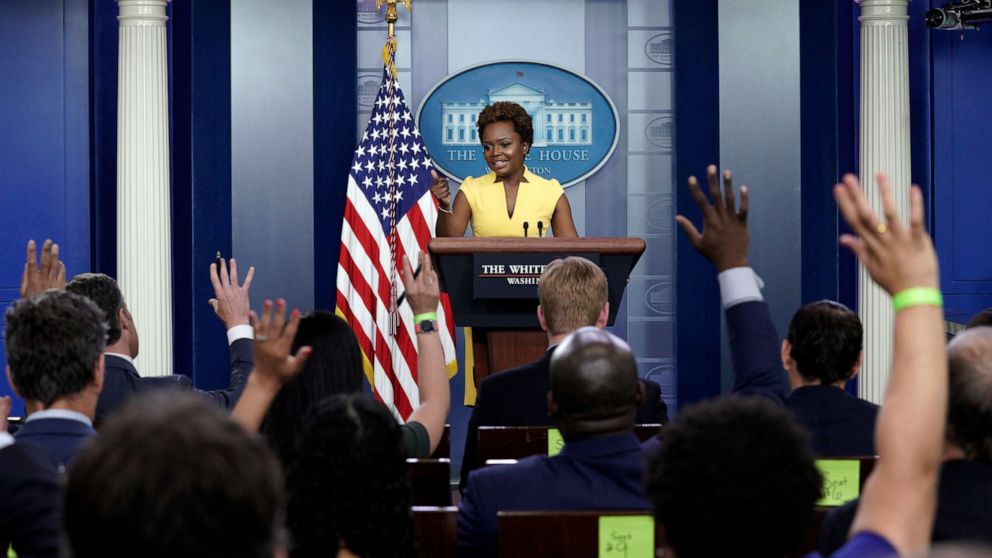 The White House made history Wednesday when Karine Jean-Pierre, the principal deputy press secretary for the White House, briefed reporters on behalf of the president.

Jean-Pierre is the first Black woman in decades and the first openly gay spokesperson in history to stand behind the podium in that capacity.

“A bit of a personal question,” ABC News’ Senior White House Correspondent Mary Bruce asked during Wednesday’s press briefing. “Your presence here today is making history. You’re the first Black woman to stand behind that podium speaking on behalf of the president in 30 years. Just wondering if you could share your reflections with us?”

“Well, thank you for the question,” Jean-Pierre responded.

She said she appreciated the historic nature of the moment, but said that being behind the podium and working at the White House is “not about one person,” but what they do on behalf of Americans.

“Clearly, the president believes in representation matters. And I appreciate him giving me this opportunity,” she said. “And it’s another reason why I think we’re all so proud that this is the most diverse administration in history. But again, this is not about me, this is not about any of us.”

The first Black woman to address journalists in the press briefing room was Judy Smith, a deputy press secretary for President George H.W. Bush, in 1991.