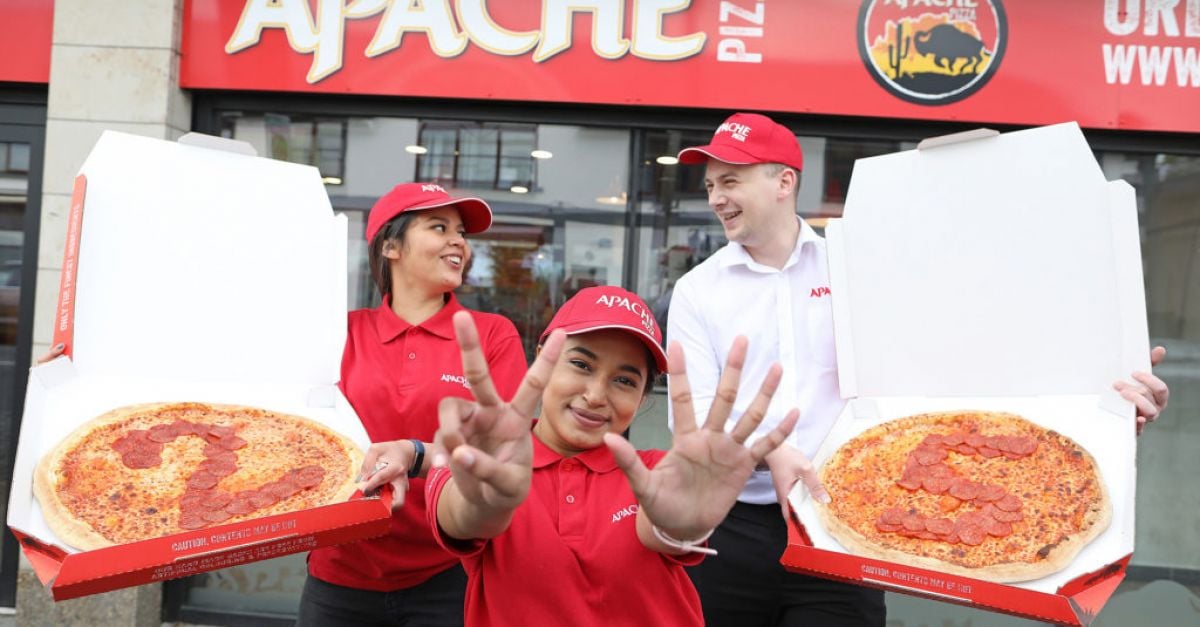 Apache Pizza plans to open 20 new Irish stores and create 300 jobs over the next six months having recorded a 12 per cent increase in online sales last year along with a 17 per cent growth in sales overall during the first four months of 2021.

The company also recorded 12 per cent growth in sales overall during 2020 which resulted in the creation of 195 new jobs and 13 new store openings last year. The 300 new jobs include roles as supervisors, managers, customer service representatives and delivery couriers. The company is also seeking franchisees who want to flourish in their local cities and towns.

Apache Pizza celebrated 25 years in business in 2021, having been established in Dublin in June 1996.

“Apache Pizza is the market leader for pizza delivery in Ireland with 169 stores wherever people want quality pizza. We are local to homes, businesses and schools. Being local is what is driving our plan to open 20 new stores and to create another 300 new jobs by the end of this year,” said Martin Lyons, CEO of Apache Pizza.

“Apache Pizza is an incredible success story and we are delighted to celebrate 25 years in business this June. We currently employ 2,440 people in communities all over the island of Ireland, and we will grow to 2,740 employees by the end of 2021,” he added.