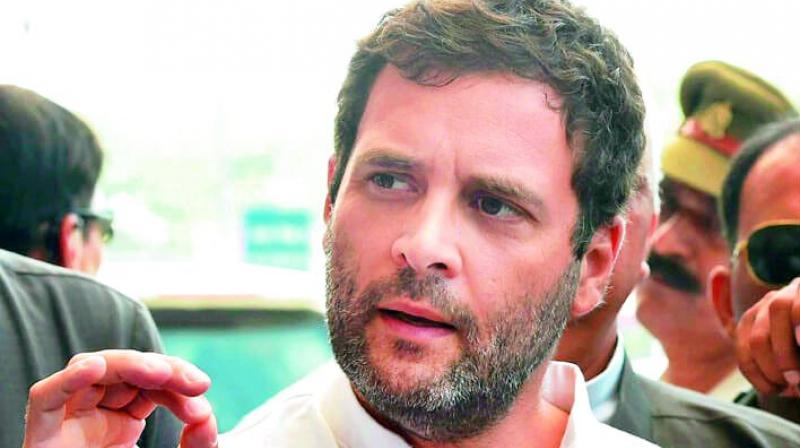 New Delhi: Congress leader Rahul Gandhi on Thursday wrote to Prime Minister Narendra Modi seeking his urgent intervention in Lakshwadeep. He demanded that “anti people policies” being announced by the Lakshwadeep administrator, Praful Khoda Patel, be withdrawn. Mr Gandhi also claimed that the dilution in quarantine rules by Mr Patel in Lakshadweep has led to a “lethal spike in Covid cases”.

Mr Patel, a former MLA of Gujarat who served as a minister of state for home under Narendra Modi’s chief ministership in Gujarat, was made administrator of the country’s smallest Union Territory in December 2020 after the death of Dineshwar Sharma, the then administrator of the island. He is being blamed for the Covid-19 surge in Lakshadweep and is accused of creating social tension in Lakshadweep where Muslims form nearly 97 per cent of the population and most are Scheduled Tribes.

Mr Gandhi, in his letter to the Prime Minister, has said that the “administration demolished structures used by the fisherfolk, fired contractual workers in various government departments”. Calling the moves “draconian”, Mr Gandhi said these “regulations penalise dissent and undermine grassroots democracy”.

Since taking over as Lakshadweep’s administrator last year, Mr Patel has been making changes in the local administration, sparking a countrywide outcry. His new rules, which he says are “reforms”, include implementing the anti-social Activities Regulation bill, 2021, or the Goonda Act in the island territory where the crime rate is already very low.

Mr Gandhi also said in his letter that the administrator’s attempt to undermine the islands’ ecological sanctity is evident in the draft Lakshadweep Development Authority Regulation.

“Livelihood, security and sustainable development are being sacrificed for commercial gains… Under the guise of development and maintaining law and order in a low crime union territory, the draconian regulations penalise dissent and undermine grassroots democracy,” his letter said.

The administrator has also taken over the control of the local administrative powers of the elected Zilla panchayat regarding education, health care, agriculture, animal husbandry and fisheries. He also gave a nod to opening liquor bars in the island, a non-alcoholic zone due to its Muslim population, to promote tourism, and introduced a beef ban while eliminating non-vegetarian food from the menu of Anganwadi children.

The tribal population of Lakshadweep is about 95 per cent and beef is part of their regular diet.

Mr Gandhi wrote, “The administrator has unilaterally proposed sweeping changes without duly consulting elected representatives or the public. The people of Lakshadweep are protesting against these arbitrary actions.”

The Congress leader alleged that proposed changes to the Prevention of Anti-Social Activities Regulation 2021, Lakshadweep Animal Preservation Regulation 2021 and lifting of restrictions on sale of alcohol are a deliberate assault on the cultural fabric of the local community.

He further wrote, “I request you to intervene in this matter and ensure that orders are withdrawn. The people of Lakshadweep need a developmental vision that respects their way of life and reflects their aspirations.”

The Congress had earlier demanded the immediate removal of the Lakshadweep administrator, alleging he is not only destroying the peace and culture of the islands, but also “harassing” the people by imposing arbitrary restrictions.

Lakshadweep was a Covid-19 green zone during the first wave of the pandemic in India. Protesters allege that loosening quarantine and travel rules by Mr Patel has led to Lakshadweep having the “highest positivity” rate.