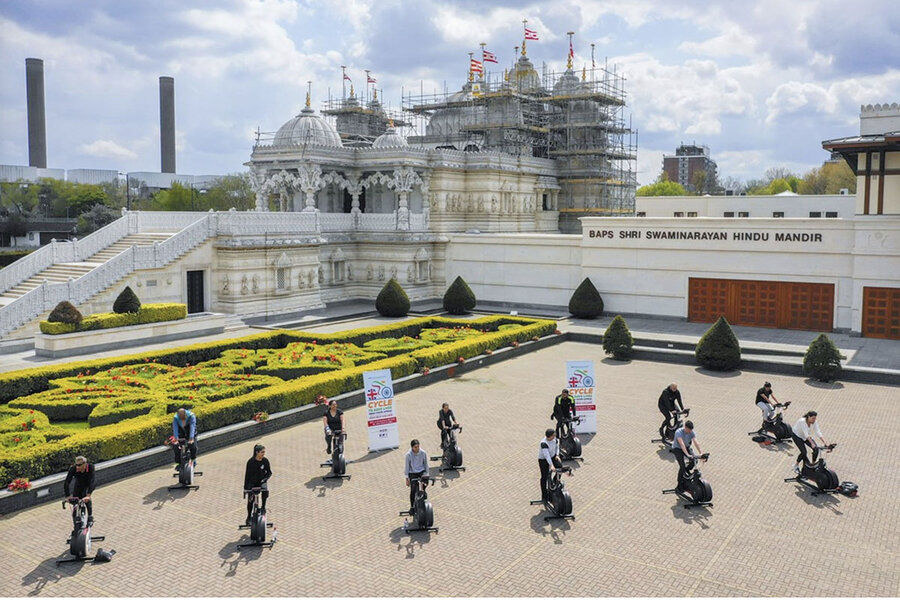 Using her publishing contacts, Ms. Faleiro, a nonfiction writer, raised £18,000 ($26,000) to buy 31 oxygen concentrators, which are in short supply in India. Her author-led initiative Artists for India is working with Mission Oxygen, an Indian nonprofit. “People just wanted to help and are willing to do whatever they could,” she says.

As India’s health care system struggles to respond to what is currently the world’s largest COVID-19 outbreak, the Indian diaspora is rallying to help its homeland. According to the United Nations, almost 17 million people from India lived outside the country in 2020. In the U.S. some 4.8 million residents were either born in India or identified as having Indian ancestry, including Vice President Kamala Harris, whose mother was born in India.

India’s devastating pandemic has spurred its diaspora to rally support. British Indians, who are not always united, have worked together on relief efforts.

But it is the 1.4 million-strong Indian community in the United Kingdom that has become the global focal point for private pandemic relief to India, which has recorded 27 million cases and is averaging more than 200,000 a day.

Ms. Faleiro, who was born in India and lives in London says that Indians in the U.K. are digging deep for pandemic relief. “The Indian diaspora has always been very engaged. I know a lot of Indians who are contributing generously, and who are engaging,” she says. And she believes that this diaspora has a role to play beyond fundraising. “It’s also about amplifying voices [of those who need help]. It’s our job. We have to do it.”

The pandemic has hit India hard, especially in its second wave. More than 300,000 have died so far, but health experts say the real death toll is much higher. In the U.K., at least, that has stirred a charitable response across the sometimes deep religious divides that have troubled India over the years.

At the Swaminarayan Hindu temple in the city of Leicester, Bhavik Depala was among the volunteers who joined a recent COVID-19 fundraiser. Participants cycled nonstop on exercise bikes to cover 4,700 miles – the distance from London to Delhi – in 48 hours. More than 800 participants at all three Swaminarayan temples in Leicester, Essex, and London combined to cycle the equivalent of 12,500 miles and raised £700,000.

“It was a real community effort across three parts of the U.K. … and not just regionally, but across religious lines,” uniting Hindus with Sikh and Muslim communities, says Mr. Depala.

Physiotherapy student Jaymin Modi agrees that British Indian unity overcame historic divisions. “The main thing should be everyone working in collaboration – Sikhs, Muslims, Hindus – to overcome this.” And although he was not a regular attendee of his local temple before the pandemic, he says his “connection has bonded” with the community since the cycling fundraiser.

It’s a silver lining to a dark cloud, he says. “I have lots of family in [the Indian state of] Gujarat and I can’t see them as they’re not very well at the moment.”

He, like many others, have used WhatsApp, Facebook, and other communications platforms to both connect with family abroad and rally their British-based communities. Patchy connections and a scarcity of cellphones in rural Gujarat have only added to Mr. Modi’s anxiety about the welfare of his family and friends.

Britain’s deep ties to India and close-knit relationships within the Indian diaspora have spurred both substantial pandemic aid and an even greater connection to their ancestral homeland.

Hitan Mehta, executive director of international development organization British Asian Trust, describes the connection as a “living bridge” that has “come into play. … All the historical links are part and parcel of the relationship.”

Intergovernmental cooperation between India and Britain has been important too, he says. “We’ve seen the Indian government come to the aid of the U.K. in our own pandemic” by providing supplies, he says. “It’s been nice to see a reciprocal relationship, helping each other out.”

Importantly for Mr. Mehta, the pandemic has also been a chance to try to remedy existing problems in India. He says that the pandemic has exposed a historic lack of public investment in health care and decades of mismanagement by India’s government.

But now organizations like his can help to provide solutions with a “long-term difference,” he says. He has worked closely with what he calls small and nimble organizations in India that reach rural communities that are often overlooked in India’s battle with COVID-19. British Asian Trust has so far raised £4.5 million to buy 4,500 oxygen concentrators.

Get the Monitor Stories you care about delivered to your inbox.

“Public-private partnerships are amongst the best ways of dealing with problems on a large scale. It’s about how we work together,” he says. “The scale of the issue is too big for one actor to deal with.”

Editor’s note: The original version misstated the amount of money raised by Artists for India.