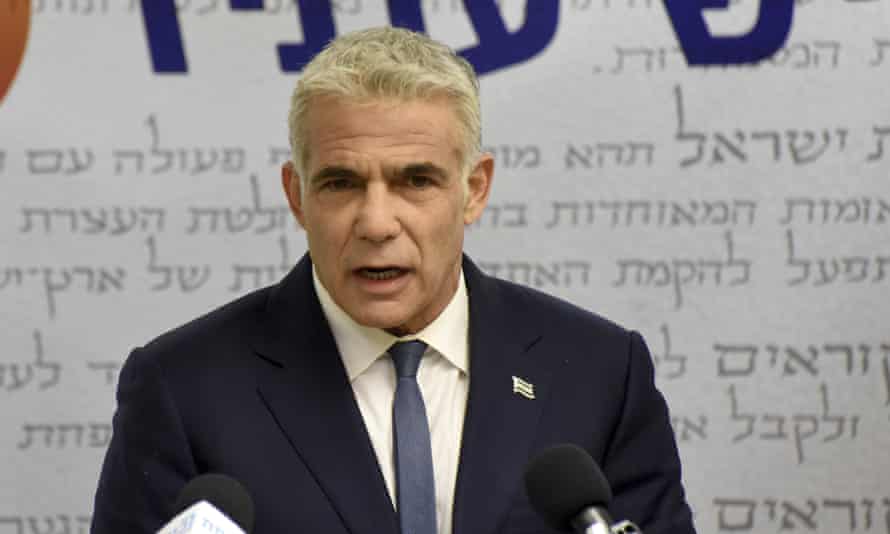 Israeli opposition politicians have until midnight on Wednesday to hash out final negotiations to build a coalition government that would end Benjamin Netanyahu’s 12-year run as prime minister.

Under the country’s election laws, opposition leader Yair Lapid’s 28-day mandate to forge a majority by allying with rival parties ends on Wednesday. By this time, he should have informed the president he has succeeded.

If he fails, Netanyahu may be granted a political lifeline in the form of a snap election.

Lapid and other party chiefs met near Tel Aviv on Tuesday afternoon to discuss the last agreements for a “government of change”, amid reports of a handful of disagreements over control of ministries and committees.

Under the proposed deal, Lapid will not immediately become prime minister. Instead, his political rival and far-right politician, Naftali Bennett, whose support is seen as vital to the coalition’s success, will become Israel’s leader for likely two years of a four-year term.

Netanyahu and his ruling Likud party were desperately attempting to find defectors and scupper the plan, appealing especially to politicians on the religious hard right not to join Lapid, who has described himself as a secular centrist.

Lapid needs a 61-seat majority in the 120-seat Knesset, Israel’s parliament, so losing one or two seats could end the attempt.

On Tuesday, Likud lawmaker and speaker of the Knesset, Yariv Levin, said politicians should not abandon their ideology.

“When you face a moment like this, you tell yourself: ‘I must go with my truth, with my conscience, with what I’ve believed in for so many years, now is when I go with the public that supported me and to which I am committed. Now is when I act for the sake of the land of Israel. It is not too late,’” he told the public broadcaster, Kan.

Lawyers for Likud tried to stop the emerging coalition by stating Bennett’s right to serve first as prime minister was illegal. However, Israel‘s president, Reuven Rivlin, knocked down the challenge on Tuesday.

If Lapid tells Rivlin that he believes he can form a government, it does not immediately end Netanyahu’s historic stretch in power or conclude a political deadlock that has brought four snap elections since 2019.

Before that happens, lawmakers will need to vote on the deal, which is expected in the next few days. Then there will be a swearing-in, likely next week.

Bennett, a religious nationalist, is a strong advocate for the settler movement in the Palestinian territories and has ruled out a Palestinian state. He will join with an unlikely assortment of parties, including the establishment Labor and anti-occupation Meretz. The group will also include the hawkish New Hope party of Netanyahu’s former ally Gideon Sa’ar and Yisrael Beiteinu, a hardline secular party led by a Moldova-born settler, Avigdor Lieberman.

Crucially, Lapid has also sought to secure backing from Arab Islamist members of parliament, who set aside ideological differences for the shared aim of dethroning “King Bibi”, as Netanyahu is known.

To avoid breaking apart in a row, his fragile government would be expected to focus on the economy and the pandemic while avoiding addressing the big issue of millions of Palestinians living under Israeli rule. Still, Bennett will have executive powers as the prime minister to effect change, or entrench the status quo.

Netanyahu, who has been in high office for 15 years since 1996, is facing political danger and potential threats to his freedom.

The 71-year-old, Israel’s longest-serving prime minister, is currently fighting three corruption cases – on fraud, bribery and breach of trust charges, which he denies. If he were to go into opposition, he may be denied parliamentary immunity, and the new government could pass legislation to bar him from office in the future.