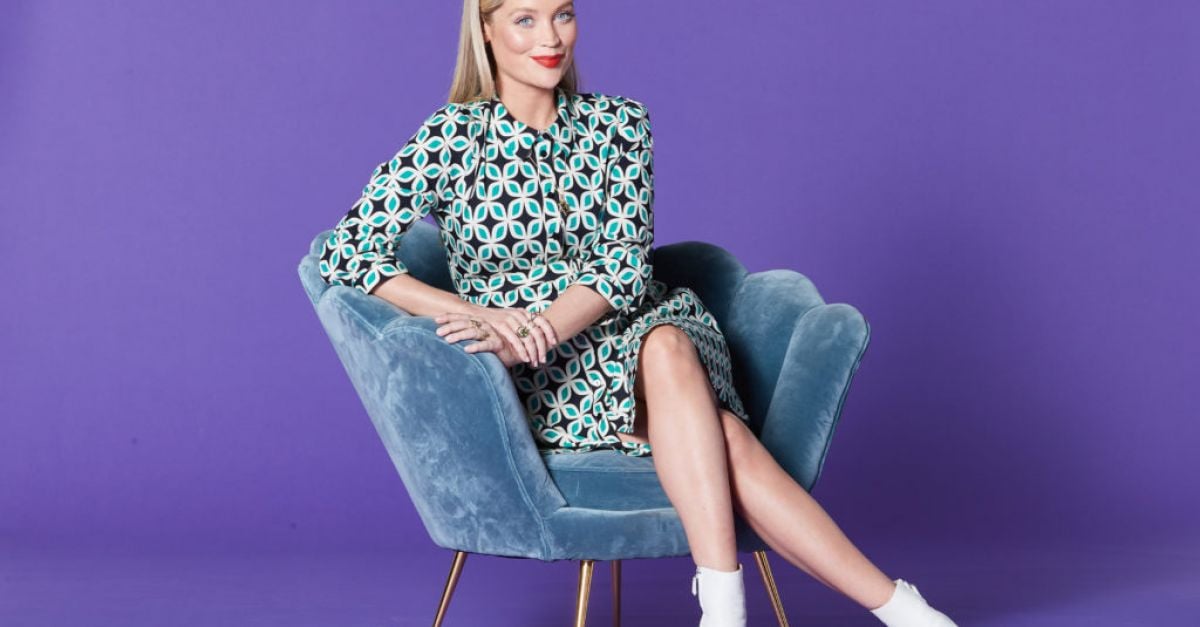 Feel like you can talk to your friends about anything? When was the last time you had a really good chat about money?

It wasn’t something TV’s Laura Whitmore and her mates did “much” until recently. “You’d talk about everything else under the sun; you’d talk about your mums, people you fancy, but talking about money and how much you earned was a bit of a no-go,” says the Dublin-born writer and Love Island presenter.

‘Buy now pay later’ provider Laybuy surveyed 5,013 UK adults earlier this year and found many women are more than twice as likely to discuss intimate relationship details (16 per cent) or politics (17 per cent) with their closest friends than finances.

Yet, a quarter of women under 40 say they worry about their finances daily.

Let’s open the conversation up

Whitmore (36) who recently became a mum (she and husband comedian Iain Stirling welcomed a baby girl in March) and whose debut book, No One Can Change Your Life Except For You, quickly became a bestseller after its release in spring, thinks this needs to change.

“Money is not the most important thing in the world, but it gives us more choices in life,” says Whitmore, who also hosts the Castaway podcast, and wrote and starred in the 2020 short film Sadhbh, about a mum struggling against a backdrop of social media pressure and heartbreak.

She’s teamed up with Laybuy on the launch of their ‘Master your Money’ campaign, which aims to “open up this conversation”.

Of course, there’s a bigger picture: like the gender pay gap. The work that’s gone into changing these things can’t be overlooked and there’s still catching up to do.

Acknowledging some people’s incomes are significantly lower than others is also important, and not everyone has the same starting point or family help. But is our failure to talk about money holding us back?

Lots of things can make money chat feel taboo. “It could be because of embarrassment, shame, or you don’t want to be seen as greedy or bigging yourself up in any way,” says Whitmore. Plus, many of us never really got a ‘money education’ – budgeting and saving wasn’t taught at school and if you don’t come from a family that instilled these things, they can be alien concepts.

Laybuy found “many women under 40 are living under financial stress and perhaps have no savings whatsoever”, says Whitmore. “Maybe it’s something they haven’t thought about because they’re just living in the now – and that’s lovely – but what if [their circumstances change],” she adds, not to mention planning for the future.

“I think a reason a lot of people don’t have savings is because that conversation was never really had. And then we turn around to our friends who go, ‘Oh yeah, I’ve had this savings account for years’ – and you’re like, ‘What?!’ So I think it’s good to talk about that, and even things like, ‘Oh, I’ve got this savings account with a really good rate’.”

Laybuy have created a financial ‘health check’ tool on their website, along with expert tips. It’s easy to ignore things that stress us out, but Whitmore thinks we should treat our ‘financial health’ like our actual health.

“If you have a health worry, it’s always best to go to the doctor, get it checked and sorted, and it’s the same with financial health. Rather than burying our heads in the sand, it’s about thinking: OK, I’m going to sort this out, and maybe I can’t do it overnight, but I can come up with a plan to fix it.”

Talking to friends about money is empowering

That might just be small steps here and there, but it adds up over the years. “It’s about empowerment, getting rid of the shame, giving people education and tools to make empowered choices,” says Whitmore.

“Talking to your friends about money shouldn’t feel shameful. It should help you feel confident, help you set boundaries, communicate more effectively and also, just give you a bit of a kick up the arse. Like my mate who is really good at her job and should be getting paid more money. I’m like, ‘Ask them!’ The worst they’ll say is no!”

Whitmore says she and her friends have talked about the importance of “the ‘eff off’ fund”, or a pot to tide you over if your circumstances change. “Like if they need to get out of a relationship, or need a new job, or something like a pandemic happens, it’s really important to have that back up.”

It’s OK to say you’re on a budget

How do we deal with pressure to spend more than we can afford, though? Nobody likes being the friend who doesn’t want to split the bill or keeps saying no to fun things. It’s a toughie – but isn’t it about time we normalised these conversations?

Whitmore recalls the dilemma of being caught up with “big rounds” on nights at the pub, when you “end up in a cycle of drinking and spending more” than you want.

“I’ve been out with friends for dinner and we split the bill at the end, and I’ve noticed one friend hasn’t drank at all – and maybe that’s because they can’t afford it. If someone says, ‘Oh, let’s just pay for what we had because not everyone drank’, that makes it fair for everyone – and it’s OK to say that. It’s not being cheap or scabby – some people are just trying to afford their rent that week, but why should they not go out either?”

Laura Whitmore has teamed up with Laybuy to launch ‘Master Your Money’, a new campaign that aims to get women speaking more openly about their financial concerns. To find Laybuy’s 5-minute Financial Health Check, tips, advice and more information, visit laybuy.com

Hunting jobs for the underprivileged