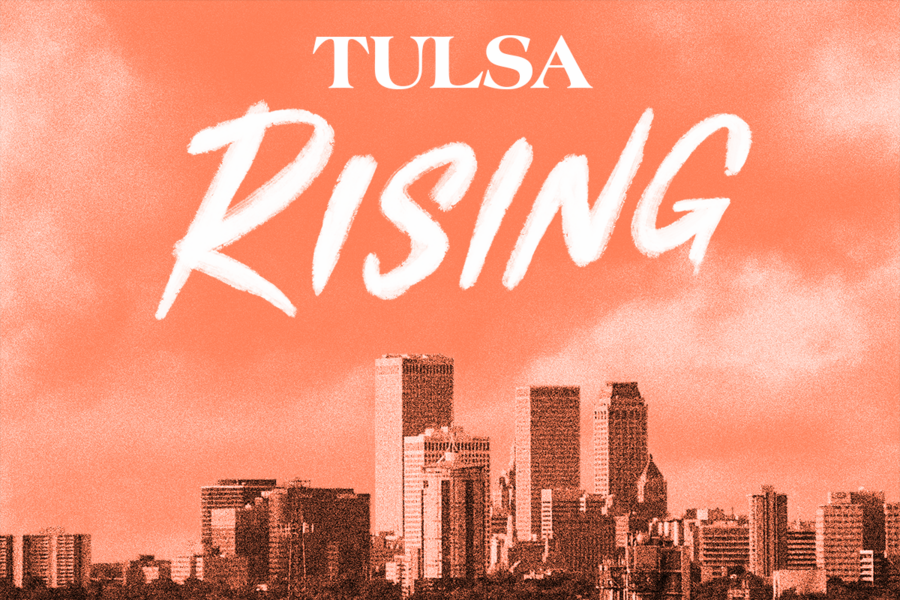 In the summer of 1921 in Tulsa, Oklahoma, a young Black man named Dick Rowland was accused of assaulting Sarah Page, a white elevator operator. As the story spread, angry white residents came together to take matters into their own hands. On May 31, these residents attacked the thriving Black neighborhood of Greenwood, looting, burning, and killing.

The event is now known as the 1921 Tulsa race massacre, and it is one of the worst incidents of racist violence in U.S. history.

But the massacre is just the beginning of the story. Over the next 100 years, Tulsa’s Black community would rebuild again and again – in the aftermath of the massacre, and in the face of everything from Jim Crow laws and segregation to police violence and systemic racism.

Now, at the massacre’s centennial, the city is starting to come to terms with its painful history. Our new podcast, “Tulsa Rising,” explores that process – of ruination, resentment, and reparation – through the eyes of Tulsa residents. Hosted by the producers of “Rethinking the News,” the podcast asks: What does it look like to reckon with racism? And is reconciliation possible?

This is a trailer for our new podcast, “Tulsa Rising.” For more episodes of “Rethinking the News,” please visit our page.

You might remember that when we launched this podcast back in October 2020, we kicked off with a three-part series out of Tulsa, Oklahoma. The city was preparing to commemorate 100 years since the 1921 Tulsa race massacre – a brutal event that shaped the city’s history, culture, and community. We reported the series right before the 2020 U.S. presidential election. Racial tensions were high and the city was asking itself: In light of our history, who are we – and who do we want to be?

We’re excited to announce that for the centennial, which takes place on May 31st and June 1st, we have published this series as its own separate podcast. It’s called “Tulsa Rising.” And it includes the original three-part series, as well as updates and new conversations with some of our guests.

Jess: In the summer of 1921, in the city of Tulsa, Oklahoma, a young Black man was accused of assaulting a white woman.

Scott Ellsworth: …published this front page article about how Roland had stalked this young elevator operator and clearly tried to rape her. There’s lynch talk within a half an hour.

Jess: And for 24 hours on May 31st and June 1st, this mob burned, looted, and killed throughout the Black neighborhood of Greenwood.

Sam: Some Black residents fought back, but –

Scott: … when the state troops from Oklahoma City finally arrived to restore order, Greenwood’s been destroyed. It’s been burnt to the ground. Greenwood is gone.

Sam: That event is now known as the 1921 Tulsa Race Massacre –

Jess: – and it’s one of the worst incidents of racist violence in U.S. history.

Jess: – in the face of segregation and Jim Crow –

Sam: – in support of civil rights and the Black vote –

Jess: – and against police violence and systemic racism.

Sam: Now, at the centennial of the massacre, Tulsa is rising up again.

Jess: This is “Tulsa Rising.”

Sam: The story of a city wrestling with its racist past and – maybe – forging a better future. We take you on the ground to Tulsa, and hear from pastors –

G.T. Bynum: ‘Surely we would have heard about it if there were mass graves.’

Tiffany Crutcher: They ask, ‘What would money do?’ It’s just not about money.

Sam: Through them, we’ll come to understand the pain and the power of confronting racism head-on.

Jess: Because we can only really move forward if we’re prepared to look back.

Rev. Turner: We need to digest on what we did to a group of people solely because they were Black. I’m all for moving forward, working together. But let’s understand where we come from.

Jess: This podcast was produced by The Christian Science Monitor, copyright 2021.

Why Black Tulsans say politics has failed them