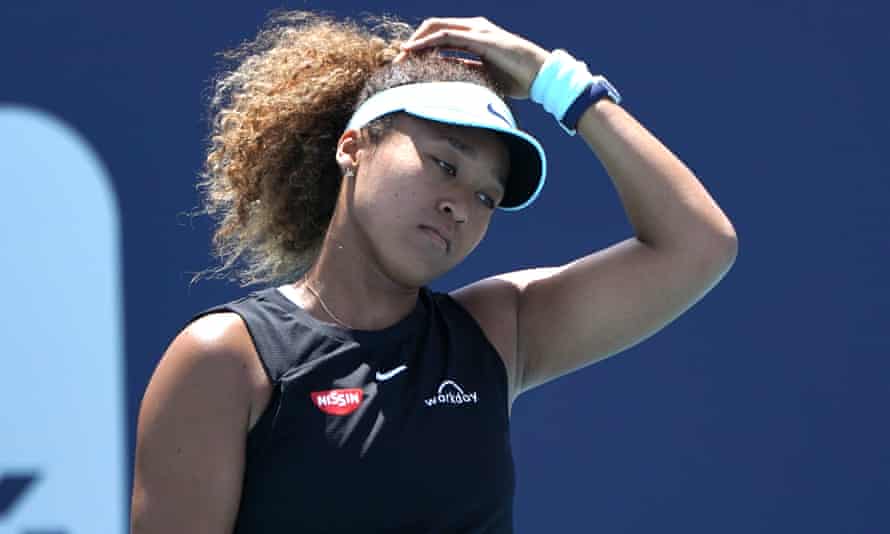 In taking a stand on her mental health by refusing to attend post-match press conferences, Naomi Osaka stands for all of us (Naomi Osaka withdraws from French Open amid row over press conferences, 31 May). We all have issues with mental health by virtue of our humanity. No one is immune. Some of us are lucky enough to have stable upbringings; to encounter supportive teachers and mentors; to find the love of a partner or of friends; to find work in which we thrive; to not be deceived, bullied, doubted, or let down too many times; and some of us are not.

Those of us who are not so lucky must find the courage to ask for help; to make ourselves vulnerable in the hope that we will be listened to, cared for, and valued for who we are. When others respond in these ways, we learn to trust ourselves and to make choices that work for us rather than against us. We recover.

If Osaka has been let down by the organisers of the four grand slam tournaments, then so have we all. Their joint statement threatened “default from the tournament … major offence investigation … future grand slam suspensions”. It claimed she would have an “unfair advantage” should she skip press conferences. Such was the response to her expressed vulnerability around mental health and her specific request for the kind of help she required. That request was denied by the very institution that profits so greatly from her remarkable talent and dedication.

Perhaps Osaka just wants to let her tennis do the talking for a while. Perhaps wisdom lies in according her the freedom to choose which voice she will use and when. What is unquestionable is her courage.Dr Nicholas Marlowe Clinical psychologist, Sydney, Australia

I cannot agree enough with Jonathan Liew’s article (We’re not the good guys: Osaka shows up problems of press conferences, 31 May). The points he raises are applicable far beyond the sphere of sports. While the press may be making nasty comments about Naomi Osaka, among the public (as far as I can see), she has near universal support. She owes me no more than a good game of tennis, and I do not need her to sit in a room of entitled men asking her inane questions. And anyone who thinks otherwise needs to take a long, hard look in the mirror.Kate Alley London

Who is interested in these press conferences? Real tennis fans think they are drifts of anodyne and predictable questions and responses, and non-tennis fans don’t care apart from being vaguely entertained for a few seconds.

It’s the journalists who are the winners and losers, invested in getting a response, desperate for the soundbite no one actually cares about except them. Maybe someone should be interviewing them about how their line of questioning went, if their interrogatory patterns are working, or if their mum and dad are on their side.Oli Senior Harlech, Gwynedd