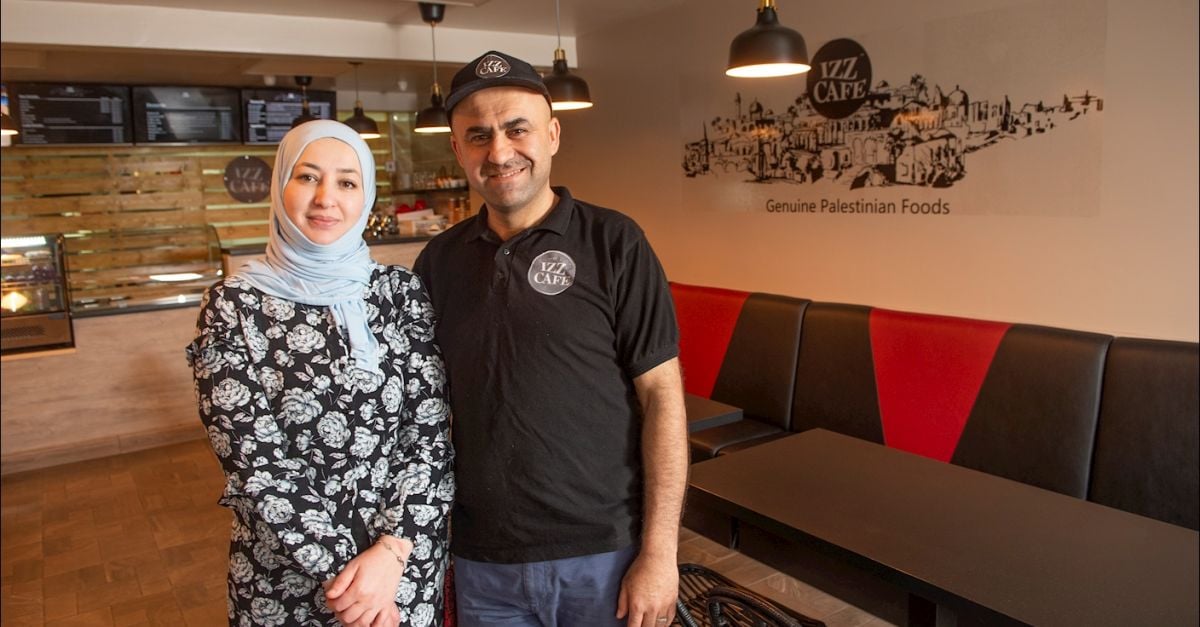 The owner of a café in Cork city that saw long queues for its Gaza fundraiser at the weekend has thanked people for their donations.

Izzeddeen Akarajeh, who owns Izz Café with his wife, Eman, and is from Palestine, says customers queued for two hours on the street in order to make their donations.

As the Irish Examiner reports, the couple set up their popular café on George’s Quay after they came to Ireland with their four children seeking asylum.

They opened their doors in May 2019 after a successful experience selling their food at Mahon Point Farmers Market.

In a video on social media last night, Akarajeh revealed Izz Cafe raised €6,060 on Sunday for Trocaire through sales, cash donations and one large donation from Tadhg O’Driscoll,

“Thank you very much for the wonderful response to our fundraising last Sunday. It turned out to be one of the biggest protests in solidarity with Gaza,” Akarajeh says.

Thank you ❤️ together we have raised €6060 for Gaza through @trocaire. We are so proud to call Cork our home and are also delighted with today’s news with Ireland being the 1st EU country to recognise the annexation as breaking international law. Go raibh míle maith agat ❤️ pic.twitter.com/gIp0TDPYP8

“The total sales raised last Sunday was about €3,100, and there was about €1,700 in cash donations in the collection boxes. There was one single donation from a generous gentleman whose name is Tadhg of the Warming Wagon.”

Akarajeh says the money will go towards much-needed supplies for the people of Gaza.

“Money will be used for medical supplies, medicines, as well as supplies for children, including blankets, foods and hygiene products.”

Their fundraising has inspired other businesses to do similar initiatives, with Umi Falafel on Academy Street donating their proceeds from yesterday’s sales to the cause.

“We are donating all our proceeds to Trocaire to assist their teams on the ground helping our friends in Palestine. Share a meal and share the love,” they wrote on social media.

Akarajeh says the generosity of Izz Café’s customers at the weekend has made him and his wife more proud of their adopted home city and country.

“We are so proud to call Cork our home and are also delighted with today’s news with Ireland being the first EU country to recognise the annexation as breaking international law.”

Last year, Izz Café was named as the Best Café at the Cork Business Association Awards and the couple was awarded the Cork persons of the month award last September.

We simply cannot thank our customers enough for today. To those who stood for hours sometimes in the rain to purchase. We had planned to sell manaeesh today but simply couldn’t with them demand. Once counted we will post the results of your efforts @trocaire ❤️🇵🇸 thank you 🇵🇸❤️ pic.twitter.com/Ky5cPu3lk6

Ground water level rises due to lockdown in 27 Telangana districts

It’s OK if you can’t split the bill: Laura Whitmore on why women need to talk about money