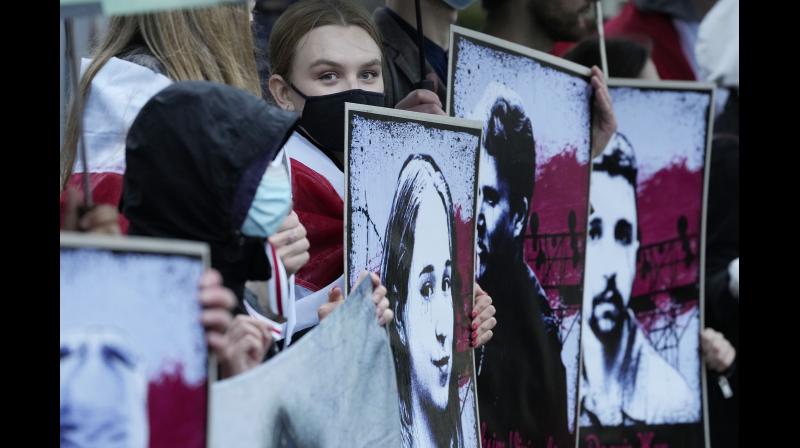 Airlines re-routed flights to avoid Belarus’s airspace on Tuesday and Belarusian planes faced a possible ban from Europe, as international outrage mounted over Minsk forcing down a jetliner and arresting a dissident journalist on board. Western nations accused Belarus of hijacking and piracy over the interception of the Ryanair plane as it crossed the country on a flight from Greece to Lithuania, and diplomats said France, Ireland and Estonia would raise the incident at a private meeting of the UNSC on Wednesday.

“The behaviour of the Belarus regime is outrageous, illegal, and completely unacceptable…,” Canada PM Justin Trudeau told reporters. In response to Minsk’s actions, the European air traffic control agency, Eurocontrol, recommended that EU and British carriers that fly over Belarus should re-route via the Baltic states. Lufthansa, KLM, SAS, Air France, LOT and Singapore Airlines were among carriers that announced they would stop flying over Belarus.

A video released overnight showed Roman Protasevich, 26, — who was pulled from the passenger plane after Belarus scrambled a warplane to escort it to Minsk on Sunday — confessing to having organised anti-government demonstrations. German Chancellor Angela Merkel said the video was “concerning” and described the forced landing of the jet as “an unprecedented and unacceptable act”.

Exiled Belarusian opposition leader Sviatlana Tsikhanouskaya said the footage showed Protasevich had been tortured. “He said that he was treated lawfully, but he’s clearly beaten and under pressure. There is no doubt that he was tortured,” she said.

In the video released overnight, Protasevich can be seen seated at a desk in a dark hooded sweatshirt. “I can state that I don’t have any health issues… Police officers are treating me properly and according to the law,” he says, adding that he had “confessed to organising mass protests in Minsk.”