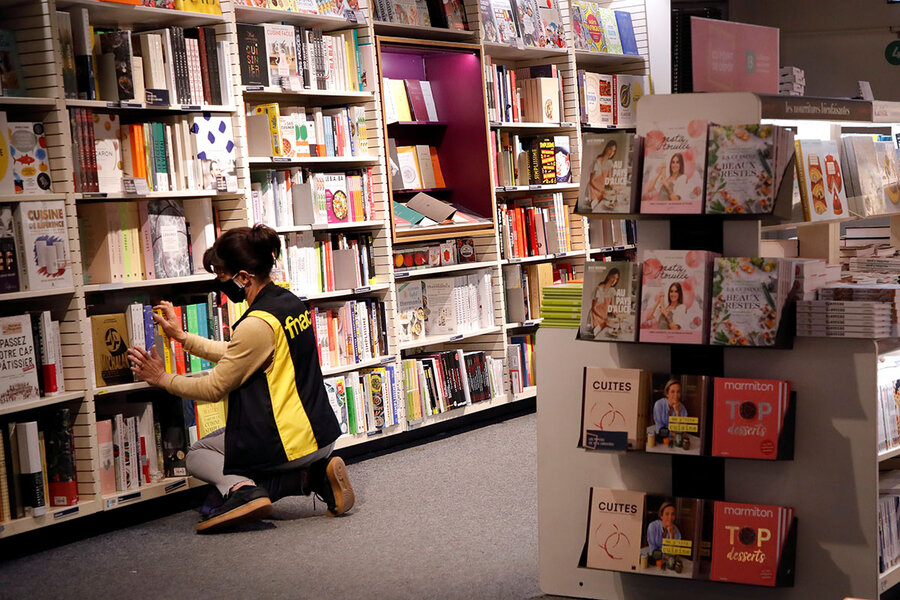 There’s no lighting of candles or finding that perfect spot in the house when Sandy Geronimi sits down to write. It might be when her toddler is taking a nap, or late at night when inspiration hits. But thanks to the pandemic, she’s finally devoting time to her passion.

“I’ve always liked writing, but I never did it seriously until the first lockdown,” says Ms. Geronimi, who works for France’s National Geographic Institute in Toulouse. “Until then, I never knew much about the literary world or how to write a book.”

Ms. Geronimi now follows several literary experts on social media and has submitted four short stories to national writing contests. She’s not alone: More than 5 million French people started a writing project during the country’s first lockdown, according to a May 2020 online poll.

French society is increasingly diverse, and its publishing industry is having to stretch itself to reflect this diversity in new titles and a broader literary conversation.

French publishing houses have been so overwhelmed by submissions that top publisher Gallimard told the public last month to stop sending unsolicited manuscripts.

The deluge of new writing follows a decadelong shift in France’s publishing world from an elitist, male-dominated field to one of growing acceptance and diversity. Major publishers have created special collections to promote first-time authors and ethnic minorities while new publishing houses are opening the field to a larger spectrum of writers, styles, and subject matter. At the same time, self-publishing has exploded during the pandemic.

In parallel, writing workshops and graduate degrees in creative writing – once seen as a North American concept – are popping up around the country and acting as gateways to publication for burgeoning writers. Taken together, these efforts are forcing change in an industry steeped in tradition and pushing French literature to represent the reality of its diverse society.

“There is a real evolution when it comes to racial and gender diversity in French literature. The French author is no longer just the white man, over 50,” says Frédérique Anne, a French writing coach who splits her time between Paris and Normandy. “There are also more people writing for the first time who are realizing they don’t need some divine intervention to do so. The field is definitely opening up.”

A space for marginalized voices

France’s literary institutions have long struggled with a diversity problem. Though France doesn’t collect statistics on race and ethnicity, a majority of top editors and authors have historically been white. Its literary awards heavily favor men: Since France’s top literature prize, the Prix Goncourt, began in 1903, only 12 women have won.

The integration of marginalized literary voices, especially those of second-generation French or people of color, has come in fits and starts. Until the 1990s, literature written by children of immigrant parents of Maghrebis descent was categorized using a pejorative term for Arab.

The publication of a 1999 novel by Rachid Djaïdani, which described daily life in France’s housing projects where many immigrants live, was a landmark in breaking the mold. Another was the publication in 2007 of a controversial literary collection by second-generation French writers about their complex relationship with France.

But progress has been incremental. Publishers still gravitate to books by people of color from Francophone Africa or the United States, rather than minority writers who grew up in France.

“I’ve always been struck by the lack of representation in French literature of my reality: what it means to be Black in France,” says Gladys Marivat, a Paris-based literary journalist.

In 2015, she interviewed all of the major publishing houses in Paris as part of an investigation into the lack of diversity in French literature; her report went unpublished.

“When I asked [publishers] why this was the case,” says Ms. Marivat, “the answer was always the same: a total incomprehension of my question. They said, ‘But we publish authors from Francophone Africa.’ But that’s not the same thing.”

Publishers have struggled with how best to broaden their range of titles. Publisher JC Lattès uses its “La Grenade” label – created last year by acclaimed author and child of Turkish-Kurdish refugees Mahir Guven – to promote work by socioeconomic and ethnic minorities, and publishes one novel per month by a first-time author. Gallimard’s “Continent Noir” (Black Continent) collection features literature by and about Africa and its diaspora.

These imprints face competition from a new generation of publishers, like Face Cachées and Hors d’atteinte, which focus on stories about topics such as feminism, rap, or racism.

“There’s really a strong intention to be the most open, the most curious,” says Anne-Sophie Stefanini, literary director at JC Lattès and a published author. “French publishing houses, big or small, are thinking about diversity right now. It’s a concern for all literary editors of this generation.”

For some new or struggling writers, niche labels are preferable to well-known publishing houses. After several rejections by mainstream publishers, Bordeaux-based writer Thomas Andrew turned to Juno Publishing – which specializes in romance books – for his fantasy and LGBT romance novels.

“I was told by a few publishers that my story was good, but could I change the romance between two men to a man and a woman? I thought, no way,” says Mr. Andrew, who has published nine novels with Juno. “But publishers are not going to put money into something that strays from the norm and won’t sell.”

While France’s 10,000-odd publishers collectively put out nearly 200 books a day, some writers opt to go it alone. In 2017, one in five books printed in France was self-published, up from one in 10 in 2010, according to the French National Library.

Terence Samba, a 24-year-old writer who is Black and grew up in the Paris suburbs, self-published his first novel in December after being rejected by several publishers. “It’s a closed-off world and literary houses keep the same writers for years,” Mr. Samba complains. “Oftentimes I was asked to include a photo with my manuscript. That creates a very delicate situation.”

Part of the challenge is also encouraging marginalized French voices to write in the first place. Since 2013, the University of Paris VIII has offered one of the few graduate degrees in creative writing in the country, and aims to accept a diverse range of applicants – from newly minted graduates to midlife professionals.

And though the focus isn’t on how to crack the publishing industry, around 30 graduates have put out work since the program began, including Fatima Daas, an acclaimed French Algerian, lesbian writer who grew up in the Paris suburbs.

“Our goal is to help give permission to those who haven’t felt legitimized in the past to tell their story,” says Sylvain Pattieu, a published author who teaches within the program. “We try to give them confidence that it’s not about talent, it’s about finding their voice and perfecting their craft.”

Equal pay for equal work in Europe? The key may be transparency.