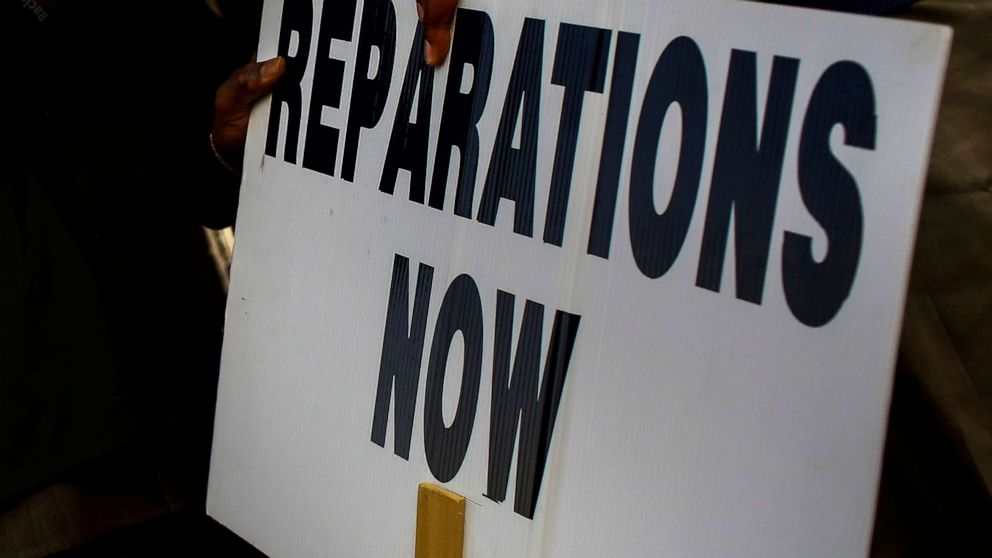 A nonprofit organization supporting the Black community in Kentucky said they received a “six-figure reparations payment” from a white American who recently discovered her ancestor enslaved people in the area.

Andreana Bridges, an administrative associate at Change Today, Change Tomorrow, a Black-led 501(c)(3) based in Louisville, told ABC News on Tuesday that the donor would like to remain anonymous and wished for the money to be looked at “as a reparations payment, not a donation.”

The organization did not wish to disclose the exact amount it received as part of the payment, just that it was “six figures.”

Organizers with the group say they hope this payment will inspire other white Americans to take similar action.

“Even though the American government has not taken steps to atone for what James Baldwin would call the ‘original sin, slavery,’ there have in recent years been Americans that don’t see reparations as a topic to be debated but an obligation that must be fulfilled to Black Americans,” Nannie Grace Croney, the organization’s deputy director, said in a news conference Monday. “These Americans are creating the blueprint for what reparations in America can look like.”

The donor came into a lot of wealth on her 25th birthday, and began researching her family history to find out where this wealth came from, according to Croney. Eventually, the donor found out her great-grandfather had enslaved six individuals in Bourbon County, Kentucky.

The individual was unable to track down the direct descendants of the people enslaved by her great-grandfather because he did not record their names, Croney said. The donor then decided to make a payment to Change Today, Change Tomorrow, to support the work it does for Kentucky’s Black community.

“The donor stated, ‘This was my first payment of reparations, but it will not be my last,'” Croney said.

Change Today, Change Tomorrow is a community-based nonprofit focused on eradicating barriers faced by the Black community in “education, food justice and public health,” according to Bridges. Under these three pillars, the group runs a myriad of initiatives including a coding program for Black youth, a free grocery delivery program catering to “food desert” neighborhoods, and “unhoused outreach” that provides meals and toiletry kits to those without a roof over their heads.

Taylor Ryan, the founder and executive director of Change Today, Change Tomorrow, said Monday that the funds will be used to support staff and sustain outreach efforts, and then 20% of it will be put aside into a reserve.

As the nation still grapples with issues of systemic racism in everything from health care to education, many advocates have renewed calls for reparations to address the inequities still faced by Black Americans.

In April, the House Judiciary Committee advanced H.R. 40, a bill that would create a commission to study and make recommendations on how to best provide reparations to the descendants of enslaved people in the U.S. While the bill still faces an uphill battle in becoming a law, being advanced by the House committee was seen as a historic leap forward for a bill that was first introduced some 30 years ago.