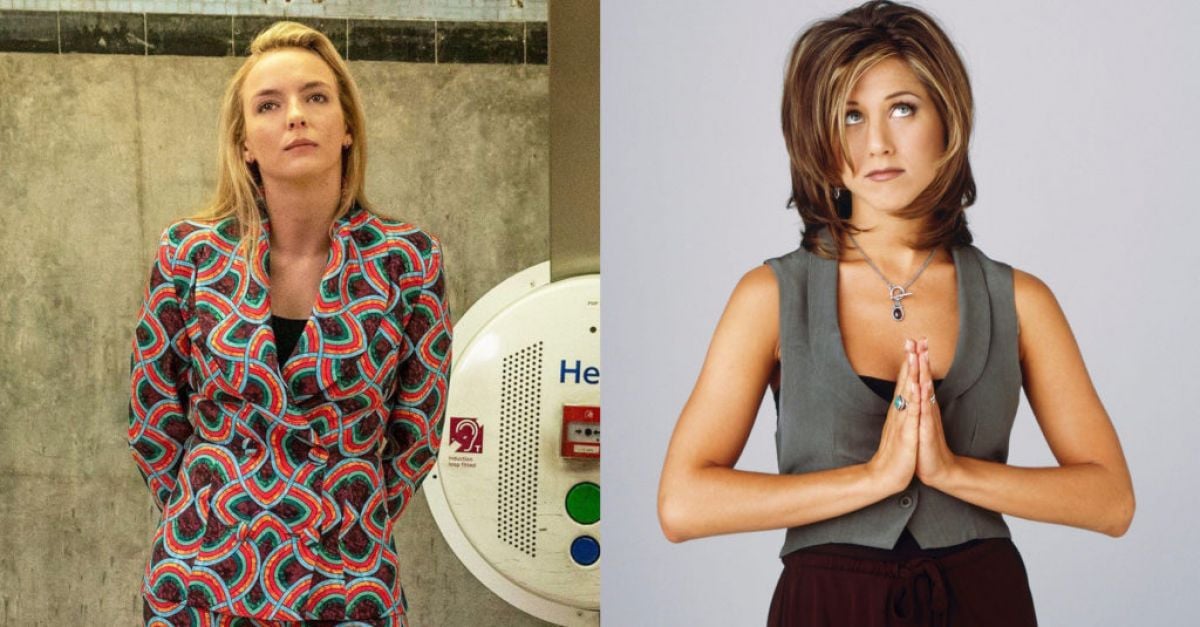 Fashion can elevate your favourite TV character into a bona fide icon.

The right on-screen outfits can define a personality and make a dramatic moment unforgettable. These are some of the characters whose style we’re still obsessed with…

Few TV characters have had a greater style impact than The Nanny’s Fran Fine, played by Fran Drescher. The lovable and fashion-obsessed nanny had an enviable wardrobe full of pops of colour, geometric patterns and lots of leopard print. Although she loved to experiment, Fran always returned to her signature silhouette: a tight miniskirt, black tights and turtleneck.

Fashion is still obsessed with The Nanny, which ran from 1993 until 1999. In 2020, Vogue did a Fran-inspired shoot starring Dua Lipa – and the Instagram account What Fran Wore has over 300,000 followers.

Played by Karyn Parsons, Hilary Banks is another Nineties style icon we still can’t get enough of. Hilary’s style was all about power suits: she loved giving tailoring a twist, whether it was adding slits into trousers or wearing a cute bowler hat.

Hilary was always shopping and spending the big bucks on her wardrobe, and it certainly showed.

Who said you can’t be a hitwoman and obsessed with fashion? Jodie Comer’s Villanelle is unhinged and totally fabulous. Her style is OTT, cutting edge and high fashion – she’s often wearing celeb-favoured designers such as The Vampire’s Wife and Molly Goddard.

Villanelle’s outfits are always surprising – including a perfectly tailored black suit for her wedding, or a fluffy green outfit for a golf/murder trip.

It wasn’t just Rachel Green’s hair we were obsessed with – it was her clothes, too. On the show, Rachel worked her way up the ranks in fashion – from being an assistant to a buyer, and eventually being offered a job at Louis Vuitton.

With that kind of resume, Rachel’s fashion had to be on point. Her style matched the changing trends of Nineties and Noughties fashion, but stayed true to her personality: simple elegance, with lots of miniskirts, slip dresses and crop tops.

She served plenty of memorable style moments – including the knock-out green dress from the episode The One Where No One’s Ready.

Actor Yara Shahidi’s style has matured as audiences have watched her grow up on the TV shows Black-ish and Grown-ish. In Grown-ish, her character Zoey has just dropped out of college to pursue a career in styling, and her fashion choices are unique and always on trend.

Shahidi told Nylon: “Fashion is what gave her [Zoey] a point of view. The fashion choices made from the beginning showed her to be a very intentional young person — even if that was a subliminal message. There was something about how intentional she dresses. It felt like there was a sense of agency given to her. It feels like an active choice.”

One of Zoey’s most iconic fashion moments came at her Nineties themed 21st birthday party, when she dressed up as Aaliyah in head-to-toe Tommy Hilfiger.

With his explosive laugh and love of bright colours, it’s hard not to like the character of Eric Effiong, played by Ncuti Gatwa. Clothes are used as an extension of his personality – when life knocks him down, he’s in muted tones, but when the normal Eric is back in action, it’s all about geometric patterns and riots of colour.

Our favourite look is one Gatwa refers to as Eric’s “African butterfly” moment – a kente patterned suit, worn with an iridescent green headwrap for a school dance.

The pristine Sixties fashion is one of the best things about Mad Men, and few characters are as chic as Betty Draper (played by January Jones).

Betty knew how to make an entrance with her fashion, while looking like the perfect housewife – even if things were falling apart behind the scenes. Think nipped in waists, full skirts, strings of pearls, and not a hair out of place.

Pegan Diet is the new nutritional plan on the block

Amid survival anxieties, meditation as route to peace

Cork café raises over €6k for Gaza with cakes and coffee