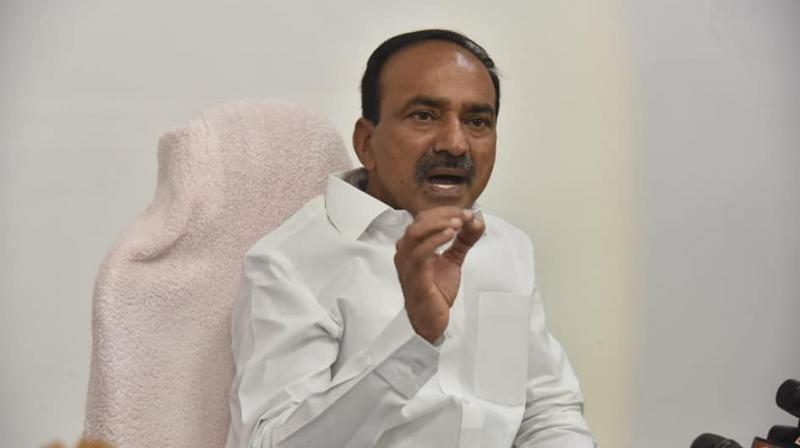 Speculations were thick on social media for the entire week about a likelihood of the sidelined TRS MLA joining the BJP after discussions with top national leaders of the party. The Delhi trip of Rajendar added to this buzz.

Rajendar and Vivek Venkatswamy would meet BJP president J.P Nadda and discuss chances of the ousted health minister joining the ruling party at the Centre, some BJP leaders said here this evening.

Close associates of state BJP president Bandi Sanjay and Union minister of state for home G. Kishan Reddy said these two leaders would also fly to Delhi on Monday morning to meet Nadda and discuss the Rajendar’s entry into the party.

Rajendar was sacked by Chief Minister K. Chandrashekar Rao from his Cabinet in the beginning of May. Two inquiries are going on against him about alleged land grabs. Rajendar subsequently met several Congress and BJP leaders apart from former MP Konda Vishweshwar Reddy and Telangana Jana Samiti president Prof. M. Kodandaram in hectic parleys about his future plans.

As per the BJP sources, Rajendar wants to meet all retired employees who played a key role in the Telangana statehood movement as he prepares to take on Chandrashekar Rao.

The BJP is also trying to contact other dissatisfied TRS leaders who were feeling suffocated in the party and this job has been assigned to Rajendar to take matters forward. Once Rajendar joins the BJP, several former MLAs and senior leaders from the TRS might want to follow him.

Etala joining BJP will have no impact on TRS

The global right is perennial