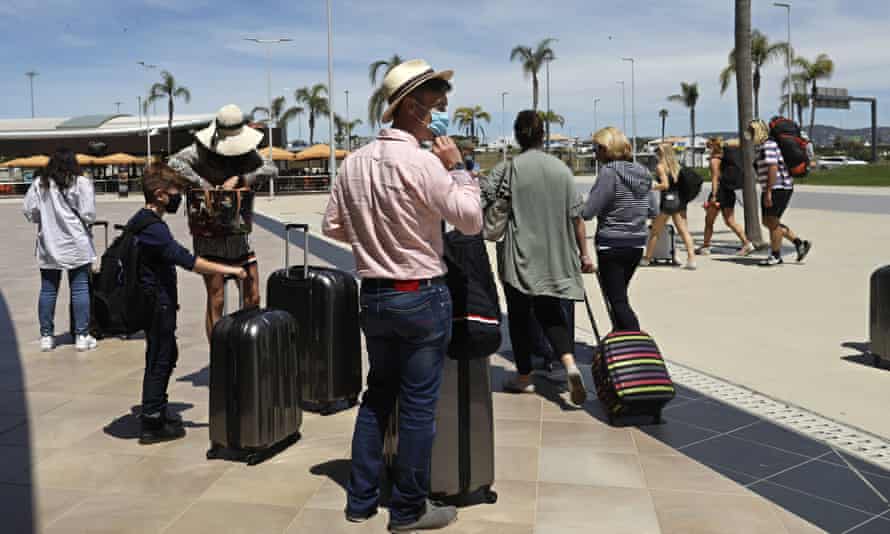 The Portuguese government has described the UK’s decision to remove the country from its green list of approved destinations as “unfathomable” while tourism bosses have said the “unfair” move is likely to affect the summer season.

Portugal’s reclassification from green to amber status means that Britons should not travel there, and that those who do will have to self-isolate at home for 10 days if they return after the new rules come into effect.

Thursday’s decision is expected to trigger a rush for flights home before the restrictions are introduced over the coming days. The downgrading comes amid concern over the rising number of cases in Portugal, which received a huge surge in holiday bookings after it was placed on the green list last month.

Portugal’s foreign ministry questioned the thinking behind the move and said it was doing everything it could to protect its citizens and visitors.

“We take note of the British decision to remove Portugal from the travel ‘green list’, a decision whose logic is unfathomable,” it said in an unusually strongly worded statement. “Portugal continues to carry out its prudent and gradual deconfinement plan, with clear rules for the safety of those who live here or visit us.”

Elidérico Viegas, the president of the Algarve Hotel and Tourism Business Association, said the Algarve was paying the price for a rise in cases in Lisbon.

“It’s not good news,” he said. “It’s unfair because the Algarve is being caught in the middle of all this because case numbers in the region are lower than the minimum considered safe.”

Viegas said the amber rating and its attendant quarantine would put people off but said he hoped the UK government would put Portugal back in the green category in three weeks’ time.

On Thursday, Portugal registered 769 new cases of Covid-19 – almost double the average of 370 daily cases recorded at the beginning of May.

The Portuguese government reopened the country to British visitors with negative PCR test results on 17 May. Residents in the city of Porto expressed concerns about a potential increase in cases last weekend after thousands of British fans arrived in Porto to attend the Champions League final and were seen drinking in crowds and ignoring the rules on wearing masks.

Despite the concerns, the number of new cases per 100,000 inhabitants in the past two weeks is 66.4 – about 50% below the threshold at which the government has said a “handbrake” would have to be imposed on easing restrictions and stricter measures would be reintroduced.

On Wednesday, the prime minister, António Costa, said the country was in “conditions to move on with the deconfinement plan” because of the high level of vaccination and low number of hospitalisations.

Costa announced a plan to continue easing restrictions from 14 June, which will include lifting mandatory working from home and letting restaurants, cafes and shops close at 1am.

Portugal’s president, Marcelo Rebelo de Sousa, said the country was in a far better place than it had been a few months ago, adding that a balance needed to be struck and that “health fundamentalism” ought to be avoided.

More than 2 million people – about 20% of the population – have been fully vaccinated and the government expects to start giving under-30s the jab this month.

However, if cases continue to rise and hit 120 per 100,000 inhabitants, Portugal could revert to its highest level of alert in 30 to 60 days, according to a report from the health ministry.

Under Portugal’s continuing “state of calamity”, gatherings are limited to 10 people, there is a ban on drinking in the streets and other public places, and restaurants must close at 10.30pm.

At the height of the third wave in January, Portugal – which has a population of 10.2 million – recorded more than 16,000 cases in a single day.