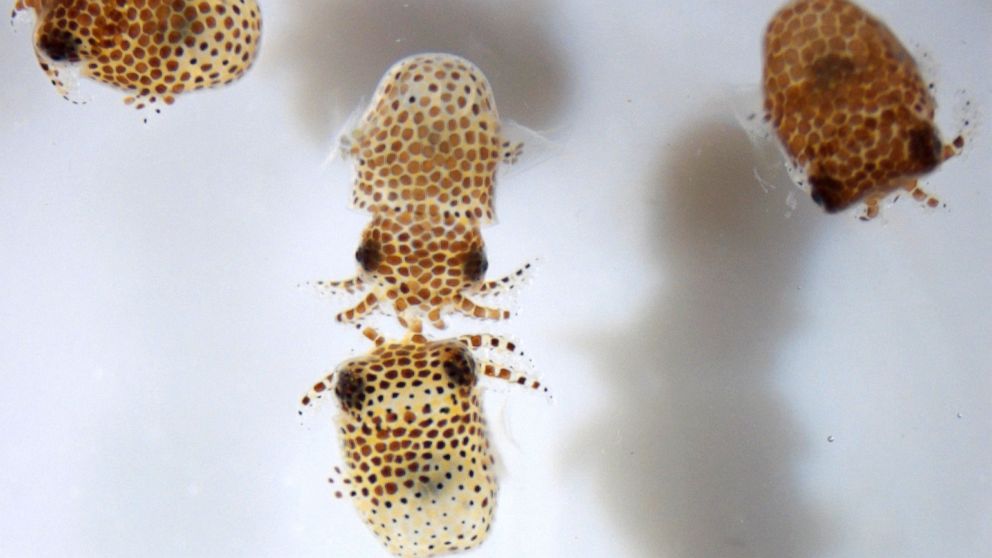 SpaceX is launched glow-in-the-dark baby squid and tiny “water bear” organisms to the International Space Station on Thursday as part of a cargo resupply mission to support NASA’s celestial research.

Liftoff of the Falcon 9 rocket and Dragon spacecraft, carrying some 7,300 pounds of cargo and scientific experiments, occurred at 1:29 p.m. ET from Florida’s Kennedy Space Center.

Immature bobtail squid (also known by their scientific name Euprymna scolopes) are aboard the mission as part of a NASA experiment dubbed “UMAMI,” which is short for “Understanding of Microgravity on Animal-Microbe Interactions.” The experiment examines the effects of spaceflight on molecular and chemical interactions between beneficial microbes and their animal hosts.

“Animals, including humans, rely on our microbes to maintain a healthy digestive and immune system,” UMAMI principal investigator Jamie Foster said in a statement. “We do not fully understand how spaceflight alters these beneficial interactions.”

The experiment could help support the development of protective measures for the health of astronauts on long-duration space missions, according to NASA, and lead to a better understanding of the complex interactions between animals and beneficial microbes.

“Such knowledge could help identify ways to protect and enhance these relationships for better human health and well-being on Earth as well,” NASA said in a statement.

Also aboard the spacecraft are tardigrades, tiny organisms referred to as “water bears” due to their aquatic habitats and appearance under a microscope. The tiny creatures are known for their ability to tolerate extreme environments, making them ideal for studying biological survival in space.

“Spaceflight can be a really challenging environment for organisms, including humans, who have evolved to the conditions on Earth,” Thomas Boothby, the experiment’s principal investigator, said in a statement. “One of the things we are really keen to do is understand how tardigrades are surviving and reproducing in these environments and whether we can learn anything about the tricks that they are using and adapt them to safeguard astronauts.”

A slew of other science experiments are also heading to space Thursday, including experiments involving portable ultrasound technology, a 3D kidney cell model and some cotton plants.

Three NASA astronauts, two Russian cosmonauts, one Japanese astronaut and one French astronaut are currently aboard the ISS.

Four of those astronauts arrived in late April via a recycled SpaceX rocket and capsule as part of the private space-faring firm’s Commercial Crew partnership with NASA.