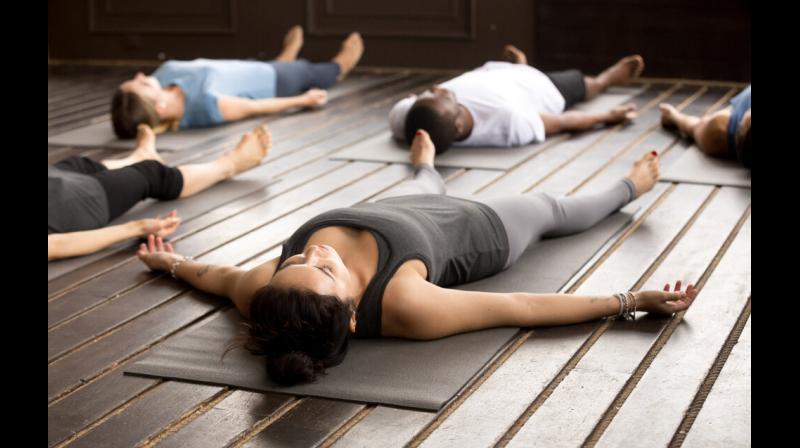 Especially since the start of the pandemic, disease, death, restrictions and panic have played havoc with mental health. Holotropic breathwork, also called “the gateway drug to meditation”, has been gaining momentum as one of the methods to counter the unprecedented levels of stress caused by COVID-19.
This unconventional new-age practice was developed in the 1970s by psychiatrists Stanislav and Christina Grof, who were among the earliest researchers of LSD. When LSD was banned, the duo devised a new breathing technique to create the same psychological experience.

Understanding the technique
Through holotropic breathwork, practitioners are believed to achieve an altered state of consciousness and can explore their minds from a new perspective.

Namita Piparaiya, yoga and Ayurveda lifestyle specialist and founder of Yoganama, talks to us on the concept of using breathing to calm oneself. “In yoga, breath is considered the bridge between the body and mind. For instance, diaphragmatic breathing (also called deep belly breathing) stimulates the vagus nerve, which calms down the nervous system and leaves us feeling relaxed and refreshed,” she explains.

The idea is that one uses this technique to bring about an alternative state of mind in which one can inculcate these feelings.”
Holotropic breathwork is also considered a practice of self-exploration in non-ordinary states of consciousness. “The process includes deep breathing and is often done in a group setting, where participants are instructed to breath in a fast past connected breath, often for a period of two to three hours,” explain Kamakshi & Vishala. “The practice starts with two partners — one, the breather, and the other, the sitter. The breather most often lies down, while the sitter sits by the breather and ensures their safety. The breather must breathe in a fast, controlled manner, ensuring deep breaths, keeping their eyes closed at all times. In that state, one might feel like they are in some sort of altered consciousness, or dream, and as the breather, it is important to trust the process entirely.”

Caution note
It is imperative to seek help of trained, licensed facilitators, who are often psychologists, therapists,or nurses.

Expert guidance needed
Holotropic breathwork has the potential to bring about intense feelings, and thus is not recommended for some people. According to Namita Piparaiya, while all forms of yoga and internal works such as pranayama and meditation are cathartic to various degrees, holotropic breathing is a very specific, targeted and intense process. “This can leave you emotionally overwhelmed and vulnerable. Therefore, it would be best done with a reputed and reliable teacher who is trained and experienced in the practice,” she elaborates.

A therapeutic breathing practice, Holotropic breathwork is intended to help with emotional healing and personal growth.
“In many cases, once this state has been achieved, the breather is encouraged to move freely should they feel like it, and make any sounds, gestures that they feel like. Often in these situations, music is used to enhance this dream-like state,” say Kamakshi & Vishala. “This music can be both meditative or even more percussive and fast, like a drumming track. The music played is generally to make the experience more complete and immersive. In many cases, depending on the size of the group, the breather and sitter now exchange roles, with such sessions generally lasting two to three hours.”.

Ways of the breathwork
Kamakshi & Vishala Khurana, co-founders of The Sound Space, remind us how breathing has always been found to be the first, most assured method of reducing anxiety and encouraging relaxation. Speaking of holotropic breathwork, the duo adds, “Specifically, it is a technique that is most often led by a certified practitioner to help release stress and support feelings of positivity.

Who is Hyram Yarbro? Everything you need to know about TikTok’s biggest skinfluencer

7 of the most stylish characters on TV

Pegan Diet is the new nutritional plan on the block