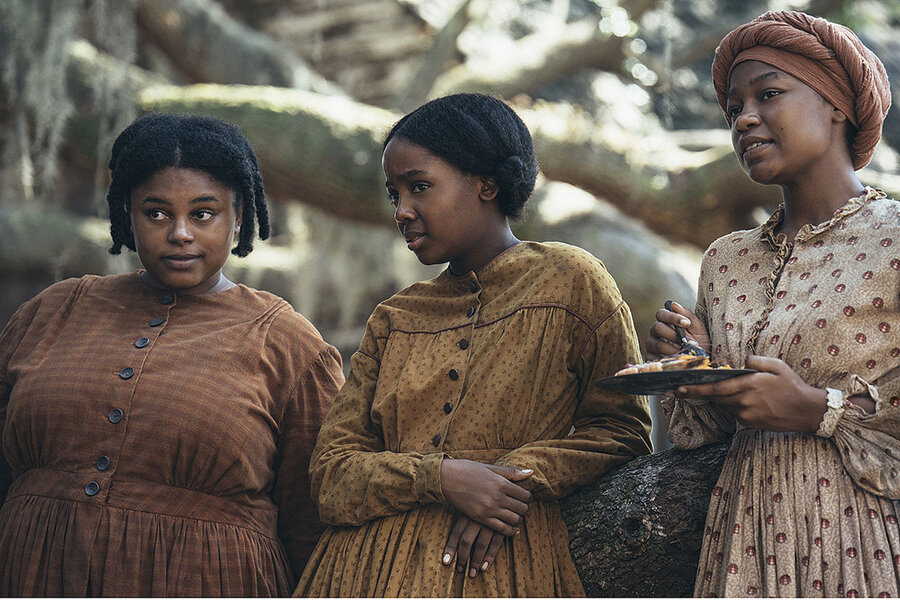 “The Underground Railroad,” Barry Jenkins’ adaptation of the Pulitzer Prize-winning novel by Colson Whitehead, is a fantastical trip into America’s brutal past. On the Randall plantation in Georgia, young Cora, played by Thuso Mbedu, dreams of freedom. Her future is forever changed when an enslaved man, Cesar (Aaron Pierre), tells her of the Underground Railroad and takes her as his good luck charm when he escapes.

We soon discover that this railroad is no analogy but real, running on rails secreted underground, complete with conductors both whimsical and reluctant. Cora travels beneath the antebellum South, searching for a place where she can plant the seeds her mother left behind when she escaped while Cora was just a girl.

In each state she emerges above ground to a new world, sometimes kind, often cruel, and always hunted by Ridgeway, played by Australian actor Joel Edgerton, the same slave catcher that hunted – and never caught – her mother. He is bent on returning Cora, and also hopes to get her to reveal the secrets of her mother’s escape and the legendary railroad he believes exists but can never find.

Popular culture often stokes discussions about race and history. In “The Underground Railroad,” a TV adaptation of a prize-winning novel, the question the main character faces, a Monitor reviewer says, is also one for today: Where can Black people be free?

However far from the plantation Cora goes, she keeps finding ways that her life and liberty are threatened simply because she is Black. Her journey is a prequel to Tuskegee, Tulsa, and today. The terrors she faces are the precursors to today’s systemic racism – health inequities, police brutality, and videos of Black death, potent reminders of the lingering power of white supremacy. The question Cora faces throughout her journey is the same question of our own time: Where can Black people be free?

“The Underground Railroad” is by turns both beautiful and terrible. The 10 episodes vary in length, each a stop along the journey detailing a place and digging into new characters, each a story unto itself. The period is depicted in rich detail by actors who seem to belong to Jenkins’ dark, fiery world, one that looks more like Hades than the American South.

Magical realism is a powerful tool for authors to help us imagine alternate universes, with stories based in reality where magic creates just enough room to envision other possibilities. Whitehead’s novel follows in the tradition of authors like Gabriel García Márquez who brilliantly cataloged the upheaval in postcolonial Columbia, where a magical town named Macondo became a space for survival. Here, “The Underground Railroad” is grounded in the real history of slavery but opens up the world for Cora so that escape is possible.

The series has been criticized by some viewers as glorifying the horrors of slavery, but there’s no glory here. It is interesting that films depicting slavery are often criticized for their violence whereas whole genres of superhero movies and crime shows are happily consumed without complaint. Perhaps some viewers find the violence more tolerable when it is easy to associate with the hero instead of the hand that cracks the whip.

That being said, the moments of violence here are difficult to watch. Jenkins – an Academy Award-winning screenwriter who directed, co-produced, and helped write the series – unflinchingly depicts the realities of slavery. Violence often interrupts blossoming Black joy. Every time Cora starts to feel free, she – and we with her – is reminded that white supremacy is relentless. The violence does not feel gratuitous, but it’s soul crushing all the same.

After watching the series, the burning world of “The Underground Railroad” haunted my dreams. Like the videos of Black people killed by police, we each have to decide our own capacity to watch. The series follows the book fairly faithfully, so if viewing violence is not for you, the book can take you on the parallel journey with some distance from the haunting images.

The series’ quiet moments are equally haunting, shading in characters with nuance and depth. Jenkins takes time to show us the complex connection between prey and predator. Cora, no mere victim fueled by animal fear, is driven by a deeply human desire for real freedom, carrying faithfully all of those she’s lost. Ridgeway too has a story, one that is neither sympathetic nor cartoonish in its depiction of evil. He is a man with no spirit, who shapes himself into a vessel for hate to feed his own weaknesses and insecurities with the resilience of the captured.

Stories – even slave narratives – are often told through the white gaze: We look at white characters and through their eyes, centering the white experience. In this series, Jenkins flips this, inviting us to look through the eyes of Black characters. Point-of-view shots pull us into Black bodies to feel their joy and their terror: the hand shaking with fear that cannot pump the rail car fast enough, the humanity in a finger gently stroking an okra seed that’s the start of a new life. Jenkins creates moments of silence throughout the series, where characters look out at the viewer. Characters look into us, letting the action drop away and leaving us in silent communion that recalls the work of Serbian performance artist Marina Abramović.

“The Underground Railroad” allows us to find connection and meaning in the dark and familiar past, where magic doesn’t mean witches or wizards but instead blazes pathways to worlds where we might yet live. For those who feel able to bear witness, Jenkins’ searing images capture the violence that pinned Black people to the bottom of the racial hierarchy, while Whitehead’s reimagined railroad leaves us room to keep traveling to find hope. Cora’s journey reminds us that there’s always a possibility to create a new beginning at any moment. Her destination, like our own, is a world that doesn’t now exist, a world where people can be safe, free, and fully human.

Susan X Jane works to create more equitable environments as the principal of Navigators Consulting. “The Underground Railroad” is available on Amazon Prime Video. It is rated TV-MA, for ages 18 and above.