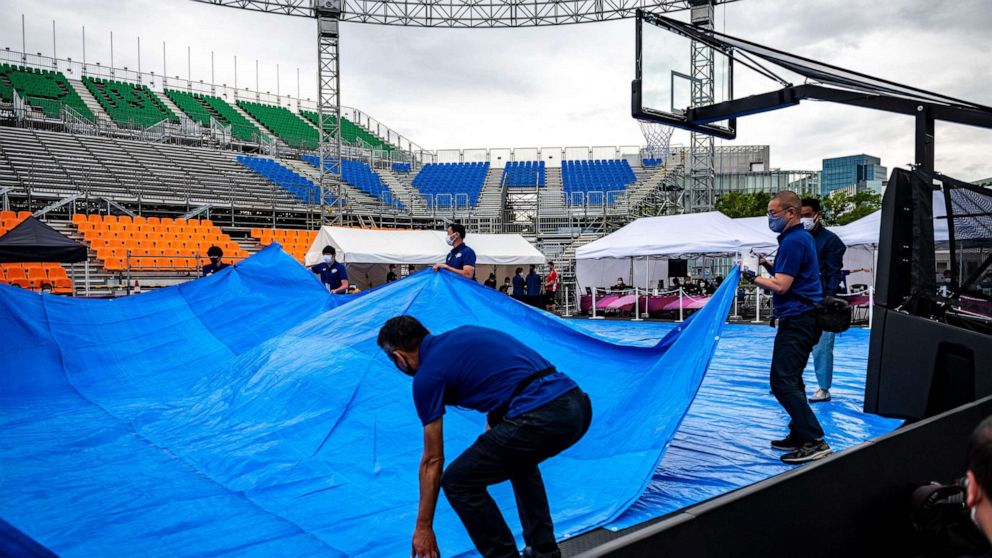 Around 10,000 of the 80,000 volunteers who signed up to help at the Tokyo 2020 Olympic and Paralympic Games have quit, according to public broadcaster NHK on Wednesday.

The report comes amid increasing public calls to cancel the games. Shigeru Omi, Japan’s most senior medical adviser, said Wednesday that hosting the games during a pandemic was “not normal,” Reuters reported.

Japanese newspaper Asahi Shimbun published a May 2021 survey conducted by telephone in Japan that found 83% of respondents said the Tokyo Olympic Games should be postponed or canceled.

More specifically, 43% said the games should be called off and 40% said they should be “postponed again.” Only 14% said the Tokyo Olympics should be held this summer, according to the survey.

The 2020 Tokyo Games, which were postponed last year due to the coronavirus pandemic, are slated to start on July 23.

While Japan ranks 34th in total cases since the start of the pandemic, according to data from Johns Hopkins University, the vaccine rollout has been slow in Japan. As of June 2, only about 5.5% of the country’s general population is vaccinated, according to data collected by Reuters.

Currently, Japan remains in the U.S. State Department’s highest travel advisory due to “very high” levels of COVID-19 in the county.

The International Olympic Committee has not yet responded to the recent report on volunteers, nor has there been an update on COVID-19 protocols since Japanese organizers unveiled a safety “playbook” at the end of April.