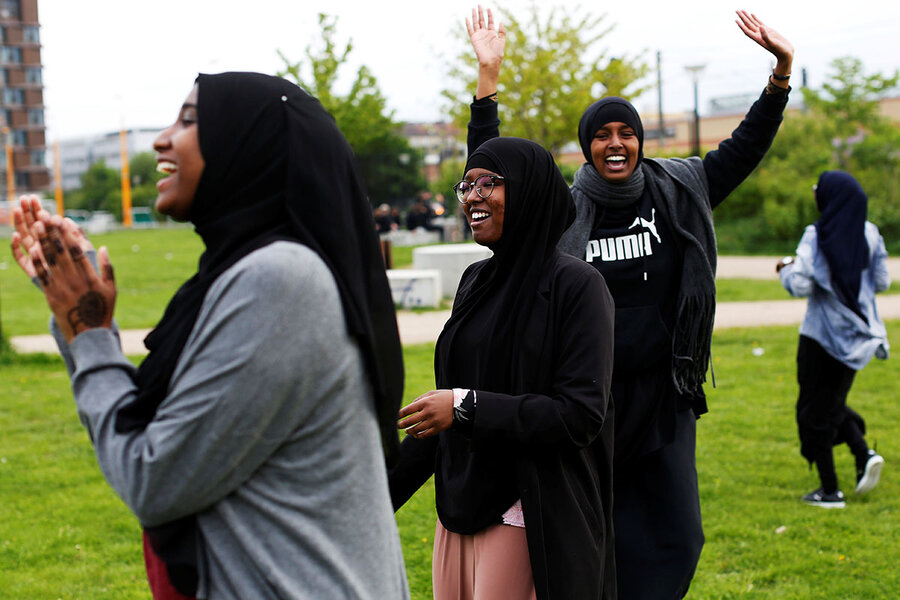 Hans Christian Andersen was born in Odense, the third-largest city in Denmark, and a museum complex dedicated to him sits near the city center.

Across town to the northeast lies the country’s largest ghetto – an official term used to designate disadvantaged areas with a majority of “non-Western” residents.

And today, in a turn that could come from one of Mr. Andersen’s fairy tales, the residents of the neighborhood of Vollsmose face the prospect of having their public housing demolished and being sent to live elsewhere – all in the name of a 2018 law that aims to take apart “parallel societies.”

The desire to avoid ghettoization of groups is commendable, but using mandatory relocation of “non-Western” residents out of their homes in order to socially integrate them elsewhere can increase their alienation.

The Danish welfare system is one of the most generous in the world, built upon high taxes and a duty-bound concept. It doesn’t work when a society has low “social cohesion,” say economists. On the surface, the ghetto laws purport to better help integrate non-Western foreigners into Denmark’s social fabric. Yet, by targeting neighborhoods in part by the background of their residents, the government might be penalizing the very people it purports to help.

“The research has shown that it’s hard to promote integration into Danish society,” says Rasmus Landersø, an economist and director of research at the Rockwool Foundation Research Unit in Denmark. The new policy “is about reversing the trends of newly arrived immigrants being allocated over decades into certain areas with social housing, with a minority population coming into a majority cultural background. These trends have been created over decades and these are very fundamentally difficult problems to solve.”

“People in these areas have been left behind”

To be labeled a ghetto under the 11-year-old Danish law, an area must be more than 50% “non-Western,” and also match criteria on employment levels, crime statistics, education levels, and gross incomes.

Vollsmose sits squarely within the government’s designation – and because of its size and media attention on persistent social problems, it’s become a byword for failed integration. Roughly two-thirds of residents are non-Western, most of whom are Muslims hailing largely from Lebanon, Somalia, and Iraq, with more than 70 nationalities represented in total. Most Vollsmose residents are out of work, and incomes tick in at just over half the regional average.

That’s not a recipe for success, according to the Danish interior ministry, and its most recent policies deem that neighborhoods must be better “mixed.” “For too long people in these areas have been left behind,” says Kaare Dybvad, minister of the interior and of building and housing, in a supplied statement. “It is necessary to take responsibility for the development in residential areas to ensure equal opportunities.”

Having his home neighborhood of Vollsmose be labeled a ghetto angers Ibrahim El-Hassan, a born-and-raised Dane whose family lives there and is facing eviction due to government policy.

“The word ghetto is really stigmatizing,” says Mr. El-Hassan, a university student whose parents were Palestinian refugees who arrived in Denmark as children. “I have to live with the fact that I have the wrong ethnicity, the wrong religion; I live in the wrong place, ‘in a ghetto.’ Denmark is the only Western country that uses this term at the state level and integrates it into legislation.”

Being deemed a ghetto means Vollsmose is slated to eventually see 1 in 3 homes pulled down and more than a third of its 9,000 residents relocated.

It’s all part of a plan to promote “Danish values.” The laws include greater punishments for crimes committed in ghettos, and the potential to halt social support for various infractions such as having children who are truant or don’t attend external child care for a certain number of hours in a week.

Indeed, Denmark is struggling to smooth out conflicts that have arisen from integrating new groups into what was a largely homogeneous population 30 years ago.

For one, Denmark has one of the highest female labor participation rates in the world, and the welfare state is “very much built on the fact that both genders in a union work” outside the home, says Merlin Schaeffer, sociologist at Copenhagen University.

“Now, you have [newcomer] populations who were not super qualified for employment but also tend to have a rather more conservative family model, where oftentimes the wife is a homemaker,” says Dr. Schaeffer. “At some point Danes thought this was a cultural thing, because many don’t adapt to the more egalitarian model where both genders work. That poses a problem for the welfare state. These families often overproportionally receive welfare benefits.”

Because Danes also pay such high taxes to support one of the most generous welfare systems in the world, there’s a perception that immigrants aren’t pulling their weight by paying into the system, causing the fabric to erode, says Dr. Schaeffer. In 2001, Denmark spent 0.8% of gross domestic product on welfare benefits to immigrants from non-European Union countries, and only a touch more on the military at 1.2%. Shortly after that, politicians began to discuss policies tightening social benefit payments to certain populations, and the ghetto list came into being.

Government officials have said that relocations aren’t based on ethnicity or national background, as such a move would be unconstitutional. Yet opponents of the policies call discriminatory the practice of labeling ghettos. Such policies can ultimately be used to force the demolition, sale, or privatization of public housing, and altogether cause “differential treatment” based on ethnicity, say the laws’ opponents.

Ferruh Yilmaz, an expert on Muslim immigration, says that a perceived “crisis about immigrants’ cultural values” is the work of the far-right, a phenomenon also observed in places like Germany, which has taken in a million migrants over the last five years.

“Maybe it isn’t the culture but discrimination that is the problem,” says Dr. Yilmaz. “If you look at any country on earth, you’ll see that crime is concentrated in areas with poverty, which in turn is commonly the product of racial, ethnic, or religious discrimination, rather than their inhabitants’ lack of Western reasoning.”

“We have no plans to leave”

Discrimination aside, there are challenges to continuing to slot new arrivals into neighborhoods that are increasingly crime-ridden and where residents are underemployed. For one, where one lives can greatly shape a future, according to research.

“If you’re placed in a municipality where employment rates are higher, your own probability of finding work is higher,” says Marie Schultz-Nielsen, a senior researcher at the Rockwool Foundation Research Unit in Copenhagen. Learning Danish can also be easier in more integrated neighborhoods.

On top of that, the men living in ghettos may not have the job skills to immediately find employment. Housing in Denmark’s large cities can be prohibitively expensive, which can prevent the social mobility that comes with moving to a different neighborhood.

Ultimately, there’s a sense among the law’s proponents that immigrants aren’t pulling their weight. When it comes to neighborhoods, there’s also the concern that you reach a “tipping point where native Danes don’t want to move to that area,” says Dr. Landersø. “And then you get a kind of vicious circle.”

Mr. El-Hassan’s parents arrived in Denmark when they were ages 9 and 13. Vollsmose is their home, and they will combat pending demolition and relocation plans via the legal system. “We have no plans to leave Vollsmose. We will fight to stay with our last breath,” says Mr. El-Hassan.

In Mjølnerpark – a ghetto in Copenhagen – a dozen residents are suing the minister for housing for discrimination. A resident for 27 years, Asif Mehmood is party to one of the lawsuits. He ponders how his wife will possibly access the heart and kidney treatments she needs four times a week if they were forced to move away from their local hospital.

The United Nations has kept an eye on the fight, saying that the country should halt sale of houses in ghettos until its courts can rule on whether human rights are being violated.

Mr. El-Hassan acknowledges many of the public housing districts have social problems, but believes the ghetto laws, in force since 2010, are counterproductive.

“How can you have a successful integration if my home is razed to the ground, and I’m thrown out of my home and rehoused somewhere else in the city?” says Mr. El-Hassan. Also, Vollsmose residents with more resources are beginning to move out, further stigmatizing the poorer and most vulnerable residents left behind. He believes the residents should be helped where they live rather than being forced out.

Ultimately, these are large societal issues that shouldn’t be placed solely on the shoulders of minorities, says Mr. El-Hassan. “No one is talking about the responsibility of the majority culture.”