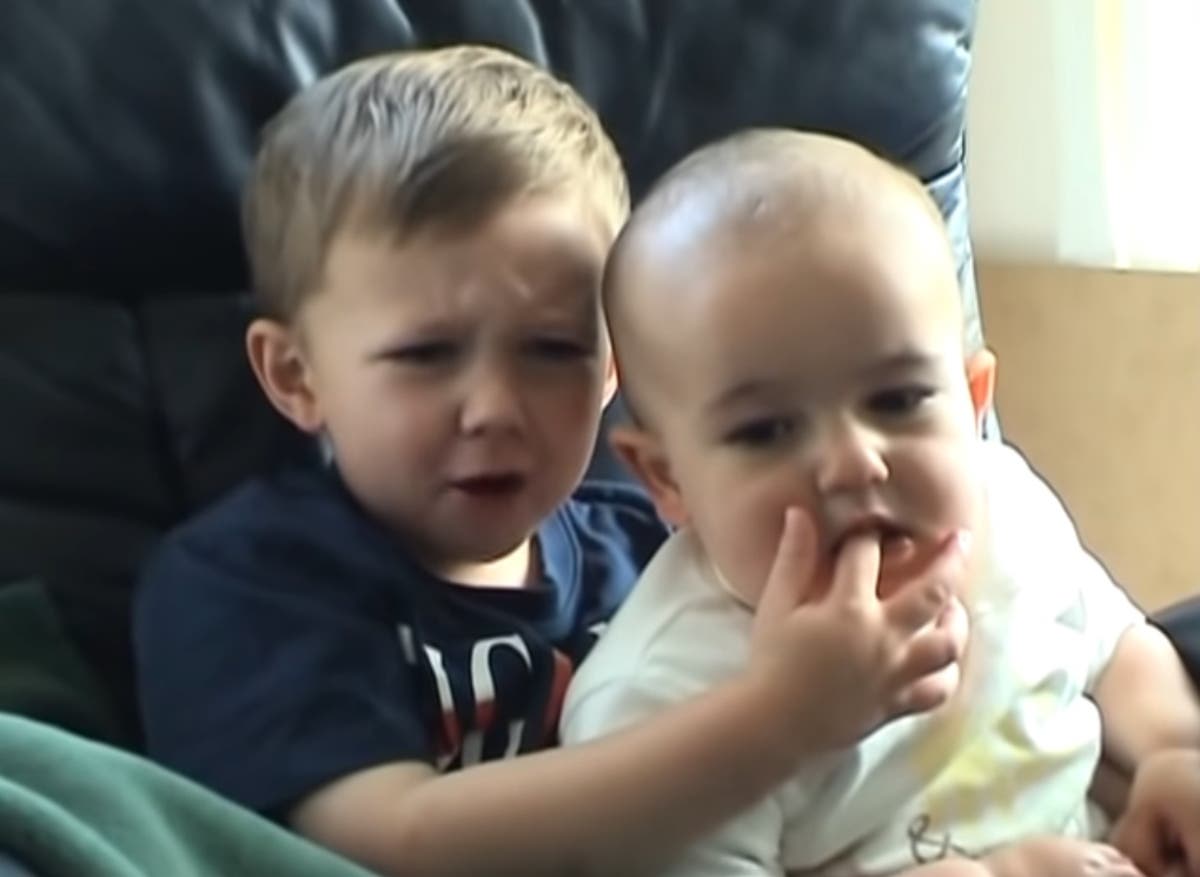 The original version of the 2007 viral hit video “Charlie Bit My Finger” will be taken down from YouTube after the family involved sold it as a non-fungible token (NFT).

The clip of the two young British boys has been auctioned for $760,999 (£538,000) as an NFT after the bidding on their auction page unfolded as dramatically as the video itself.

As the auction continued through the weekend, a bidding war broke out between two anonymous bidders towards the final hours on Sunday.

The prices were dramatically pushed higher but eventually the “3fmusic” handle outbid “mememaster” to secure the ownership of the iconic video.

The clip, featuring toddler Charlie Davies-Carr playfully biting the finger of his big brother, who then says the video’s catchphrase, was filmed by father Howard Davies-Carr on his camcorder to capture a cute moment worth sharing with relatives.

What happened next changed the lives of the Buckinghamshire family forever as the video continued racking up views and ended up with close to 900 million views over the years since posted.

The clip uploaded on YouTube in 2007 was to be removed forever on 23 May following the auction, but still remains on the platform with 884 million views as of Tuesday.

The title of the video on YouTube now says: “Waiting on NFT decision.”

NFTs, or non-fungible tokens, are digital certificates that verify the owner of a digital “artwork” that is sold on a blockchain, and in case of this video, it would be sold over the Ethereum blockchain.

The bidders in Sunday’s auction join the growing wave of investors splurging money on digital images, Gifs, short movies or even historic tweets – not to acquire the copyright or trademark of their purchases, but to secure it as a collectible certificate of authenticity.

The auction page says it is time for Harry and Charlie, now aged 17 and 15 to “embrace the next iteration of the internet.”

In addition to the ownership of the video, the family gave the opportunity for the NFT holder to recreate a “hilarious modern-day rendition of the classic clip” along with its now much older original stars.

The video has a place in internet history as one of the first on YouTube to go viral, and certainly to go viral so organically. It was uploaded on YouTube by their dad as he was not able to email it to their godparents in the US.

The 56-second clip shows two boys playing before the younger child Charlie bites the finger of his older brother.

“Charlie bit me,” Harry says in the video before he deliberately puts his finger in Charlie’s mouth again. Charlie bites even harder the second time, as Harry says: “Ouch Charlie, that really hurt!”, to which Charlie responded with naughty giggles.

The video has since been parodied countless times and was even written into a 30 Rock episode.