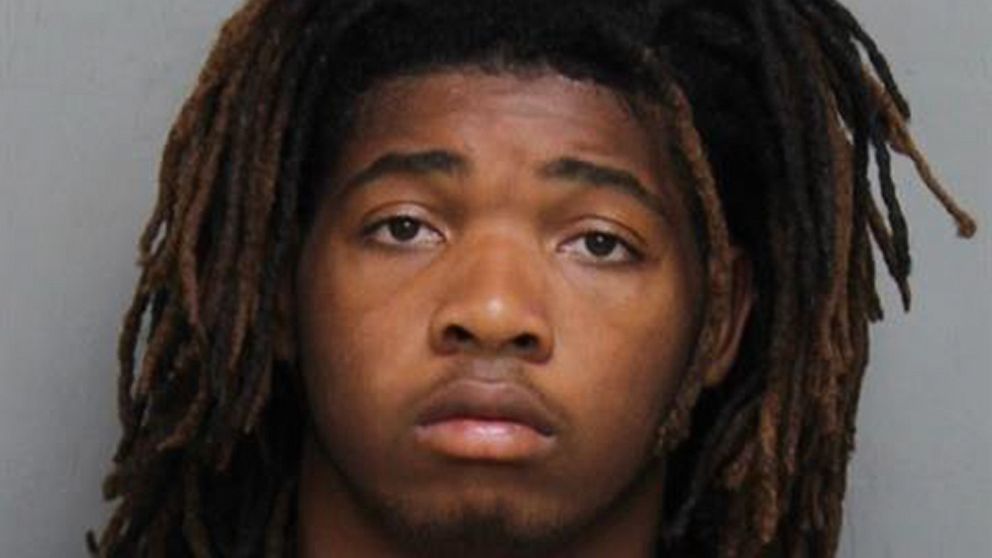 Officers responded to a building in Blacksburg, home to the university, on Tuesday night for a welfare check and found 40-year-old Jerry Smith dead, the Blacksburg Police Department said. His death was ruled a homicide, police said, but they did not release his cause of death.

Linebacker Isimemen Etute was identified as a person of interest and later charged with second-degree murder, police said.

Police determined Etute and Smith, of Blacksburg, were acquaintances, adding that they don’t believe there’s an ongoing threat to the public.

Police called the case “a complex, ongoing investigation.” Witnesses have been interviewed and are cooperating with investigators, police said.

A potential motive has not been released.

Etute, the 29th-ranked recruit in Virginia, had offers from other schools including North Carolina State, Vanderbilt and Virginia, ESPN reported. The Virginia Beach native has been suspended from the football team effective immediately, the university said.

“Blacksburg Police continues to lead this ongoing investigation, and the university will assist law enforcement agencies working the case in any way it can,” Virginia Tech said in a statement.

“The Virginia Tech and Town of Blacksburg communities are united in our shared concern for the welfare of all,” Virginia Tech said. “Together, we denounce all acts of violence and stand together in support of one another. You don’t need to be close to this to be affected by this. If you need assistance or support, you are encouraged to reach out for help.”

Etute was ordered held without bond and is due to make his first court appearance Thursday.

‘They were killing all the Black people’: This 107-year-old still remembers Tulsa massacre

Do empty malls hold the solution to California’s housing crisis?