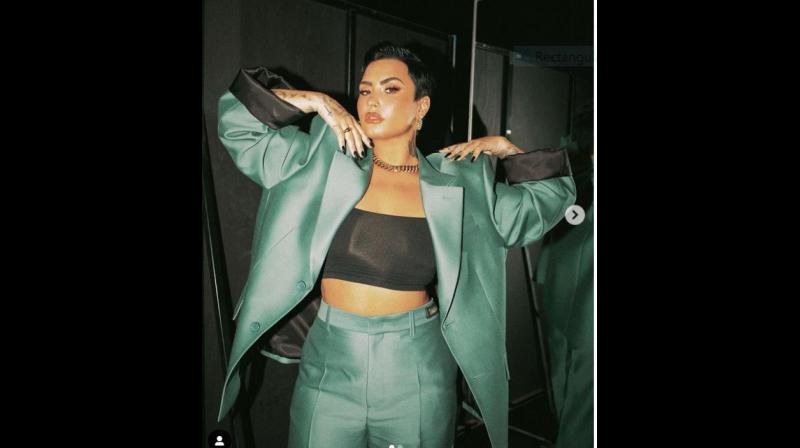 The international scientific community recognises that gender is a social construction and should not be mixed with sex and sexualities. The pronouns — he/she — used to address people based on their gender should change with time

Recently, pop star Demi Lovato declared her ‘non-binary’ identity on social media, joining the likes of actors Elliot Page and Sara Ramirez and singer Sam Smith. A “proud” Lovato urged everyone to use “they/them” pronouns henceforth and posted about what the term signifies in today’s day and age.

As the awareness for LGBTQI grows in the modern world, this trending term for various gender identities has been getting popular among millennials who do not wish to be restricted with gender identity. According to the Human Rights Campaign, “Non-binary can also be used as an umbrella term encompassing identities such as agender, bigender, genderqueer or gender-fluid.”
So what is it about being non-binary that appeals to people from various walks of life now? We try to find out.

Safe space for expression
For 29-year-old marketing professional Andy Morgan (formerly Andrew Basil), being a non-binary person means going beyond the stereotypical view of gender identification. For Andy, the gender awakening happened overseas where they found a safe space to self-explore without restrictions on outer appearances.
“The term ranges from neither identifying as any gender to being agender and gender-fluid where you aren’t bound to identify as one. Back in Canada, I could safely join a job where the employers understood my stance on gender and find safe spaces to work without judgments. In India, while the change is slow, I am glad people are accepting the concept,” Andy adds.

Pronouns right
To break the gender barrier, an important step is to use safe language too. While sharing more on the pronouns used for non-binary folks, Andy clarifies that it is not a preference, but identification.

“It is how you express and define yourself. Now as we learn about more ways to express ourselves, we learn more pronouns and their use in the community. I prefer they/them, but the usage is personal to people. It gives me the power to not be bound by gender roles and strict rules that people abide by gender.
With non-binary and they/them, I choose to be none other than me, someone who can be strong or soft as I want… someone whose gender identity doesn’t define the person I am. My pronouns are just me renouncing the rigidity in society,” says Andy.

Going beyond gender
People have been usually raised to believe that gender and sex is the same thing and that there are only two options to gender — male or female. But neither sex nor gender is inherently binary—it has been a belief that people must be classified into one of these two categories. According to Dr Prakriti Poddar, global head for mental health at Round Glass and managing trustee at Poddar Foundation, when something can’t be placed inside these two boxes, it is termed non-binary. “It means ‘not consisting of, indicating or involving two’,” she adds. “And when it specifically comes to gender, non-binary is a word that helps give voice to a diverse range of gender identities.”

Incidentally, in 2020, Dr Prakriti launched a multiparty initiative under the banner of Wellbeing Volunteers United (WVU) as a multifaceted effort to combat the country’s alarming rise in depression, anxiety and drug addiction. “The LGBTQI community often feels ostracised. When they reach out to us, we try to encourage and help them with their issues,” she adds.

Dr Prakriti explains further that non-binary people are not a monolithic group. “Quite like transgender, non-binary is also used as a general term, and there are many ways to identify outside the binary. There are many whose gender identity isn’t fixed, such as gender-fluid people; many who experience a variety of feminine, masculine or androgynous identities, such as pan-gender people; those who do not identify with any gender, such as agender people; and many more,” elaborates Dr Prakriti.

Global acceptance
“A growing number of young people are moving beyond the idea that we live in a world where sexuality and gender come in only two forms. Expressions of gender and sexuality that go beyond this-or-that are nothing new; however, they’re increasingly moving from the margins to the mainstream. By some counts, there are over 200 regular or recurring LGBTQ characters on cable TV and streaming series. Facebook now, for instance, has about sixty options for users’ gender. Companies are getting in on the movement too,” says Dr Prakriti.

An Indian American on Wall Street