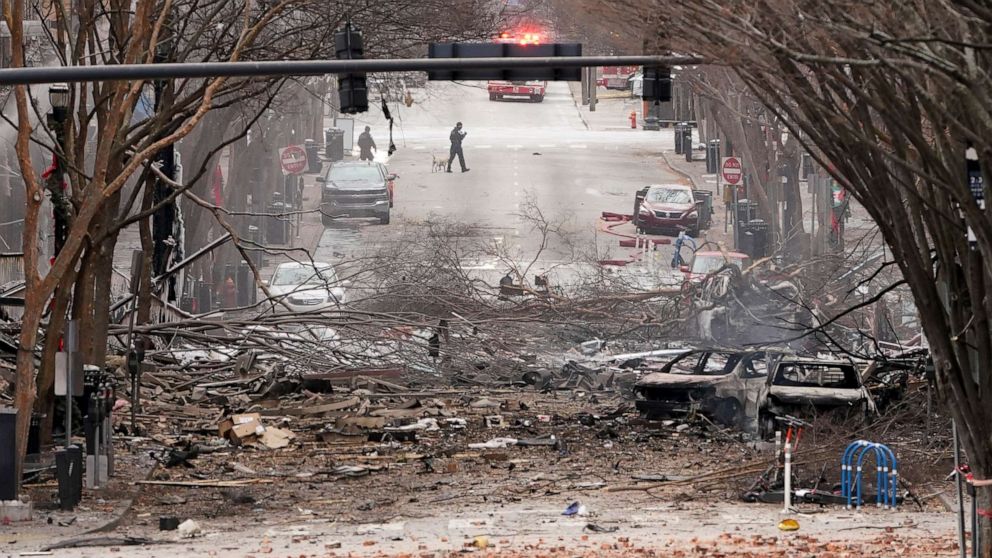 An after-action review of a Christmas Day bombing in downtown Nashville has concluded “there is no way to know for sure” whether police could have thwarted the devastating attack that injured three people.

The eight-page report by a five-member committee appointed in January by Metro Nashville Police Chief John Drake identified deficiencies in a follow-up investigation of a 911 call made 16 months earlier by a friend of suspect Anthony Warner, alleging he “might be building a bomb.”

On Christmas Day 2020, Warner allegedly parked his RV in downtown Nashville and detonated a powerful homemade bomb at 6:30 a.m. after an eerie audio recording counting down to the explosion and the Petula Clark song “Downtown” came from the RV, giving police just enough time to evacuate nearby buildings.

Warner’s remains were discovered in the debris from the blast that left a crater in the street, damaged 37 buildings and displaced about 400 people. Three people suffered minor injuries.

“While many lives were saved that day as a result of the heroic actions of first responders and public safety personnel of Nashville and Davidson County, the Metropolitan Nashville Police Department is committed to learning from the tragic bombing to safeguard the community from future harms,” the committee’s report said.

The committee found that Nashville police interviewed Pamela Perry, a friend of Warner, on Aug. 19, 2019, the same day she and her attorney made the 911 call reporting Warner’s clandestine work to construct a bomb. “She couldn’t die until she saved the ‘innocents’ from Mr. Warner,” according to the call.

Acting on Perry’s tip, a team of officers, including a member of the department’s Hazardous Devices Unit, or bomb squad, went to Warner’s home, saw an RV parked there but left after knocking on his door and getting no answer. A police officer claimed he went back to Warner’s home several times but each time failed to contact Warner or make a written report on the follow-up investigation, the committee found.

“While they noticed extensive security cameras, there appeared to be nothing to indicate criminal activity,” the committee reported, noting there were no previous complaints made against Warner. “All of the officers and supervisory personnel were of the belief that they had insufficient probable cause to enter the property or seek a search warrant.”

Police relayed their concerns about Warner to the city’s bomb squad, which, in turn, sent an inquiry to the FBI on Aug. 22, 2019. The FBI found no prior history connecting Warner to explosives and his military records checked by the Department of Defense that year found no suspicious activity.

At the time of the bombing, the complaint Perry made against Warner “was not closed but it was not active,” the committee reported.

“The After-Action Review Board concludes that there is no way to know for sure if the suicide bombing on December 25, 2020, could have been prevented,” the report stated, adding that law enforcement seems to have followed department protocols and procedures in attempting to investigate Perry’s complaint.

The after-action committee was comprised of two members of the Metro Nashville Police Department, a former U.S. attorney for the Middle District of Tennessee, the city’s Community Oversight Board executive director, the chair of the city’s Public Safety Committee and a member of the city’s Metro Council.

Drake said he will implement changes immediately to correct the deficiencies that were identified by the committee.

“A significant issue was the lack of documentation of investigative actions taken by the Hazardous Devices Unit. That has been fixed and a number of other safeguards have been implemented,” Drake said in a statement released on Wednesday.

Moving forward, Drake said precinct detectives will be assigned to assist the Hazardous Devices Unit in probing all bomb-related incidents. He said he will also appoint a dedicated MNPD representative to the Joint Terrorism Task Force and require the police department’s executive staff to be updated immediately on any major cases involving viable threats or terrorism.

Drake added, “It is of paramount importance to all of us that any deficiencies are corrected.”

Is Roe about to unravel? The view from Mississippi’s only abortion clinic.

‘They were killing all the Black people’: This 107-year-old still remembers Tulsa massacre