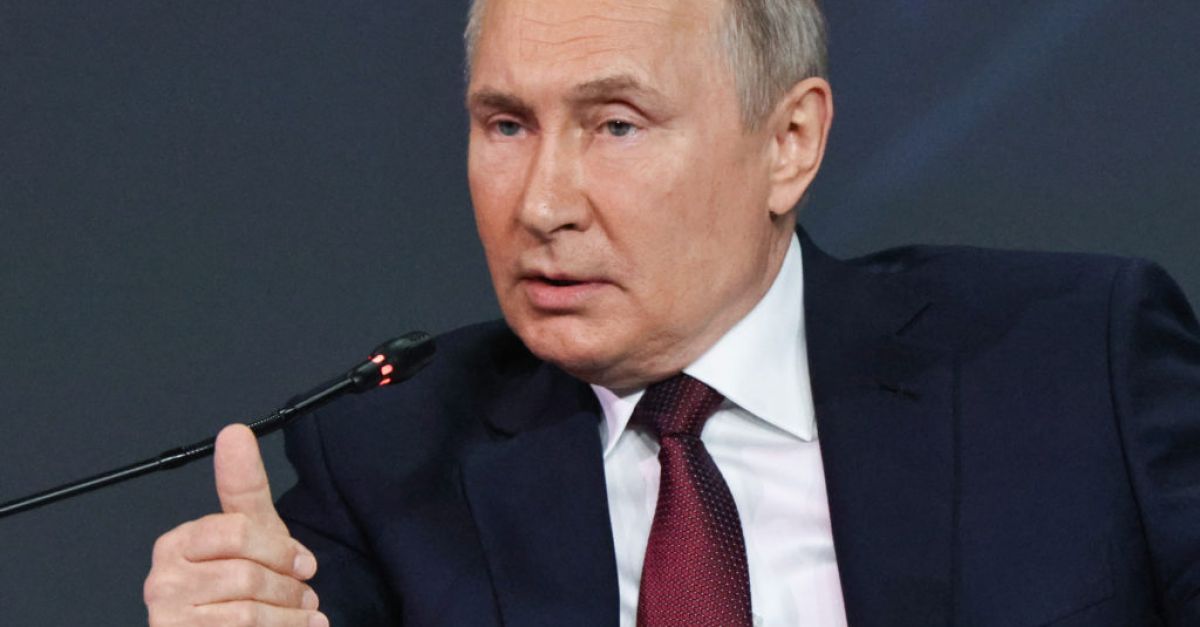 Russian President Vladimir Putin has accused the US of trying to contain Russia and called its response to the Capitol siege a manifestation of the West’s double standards.

Speaking at an economic forum in St Petersburg, Mr Putin said that arms control, global conflicts, the coronavirus pandemic and climate change are among the issues he and US President Joe Biden would discuss during their summit in Geneva on June 16.

“We need to find ways of looking for a settlement in our relations, which are at an extremely low level now,” Mr Putin said.

“We don’t have any issues with the US,” the Russian leader continued. “But it has an issue with us. It wants to contain our development and publicly talks about it.

“Economic restrictions and attempts to influence our country’s domestic politics, relying on forces they consider their allies inside Russia, stem from that.”

He voiced hope that the meeting will help ease tensions with Washington. Russia-US ties have sunk to post-Cold War lows over Moscow’s 2014 annexation of Ukraine’s Crimean Peninsula, accusations of Russian interference in elections in the US and other Western nations, and cyberattacks that US officials allege had Russian origins.

Mr Putin reiterated that Russia rejects the accusations of interfering in US presidential elections, and he spoke critically of the US response to the January 6 insurrection at the Capitol, which took place as Congress prepared to certify that Mr Biden had defeated Donald Trump in the November presidential election.

“They weren’t just a crowd of robbers and rioters. Those people had come with political demands,” he said.

Mr Putin pointed out that the heavy charges against hundreds of participants in the Capitol siege were filed even as the US and its allies strongly criticised Belarus’ crackdown on anti-government protests. And he charged that even as the West has criticised Russian authorities for a harsh response to anti-Kremlin protests, protesters in Europe have faced even tougher police response.

Who is Roman Protasevich, the blogger seized by Belarus?