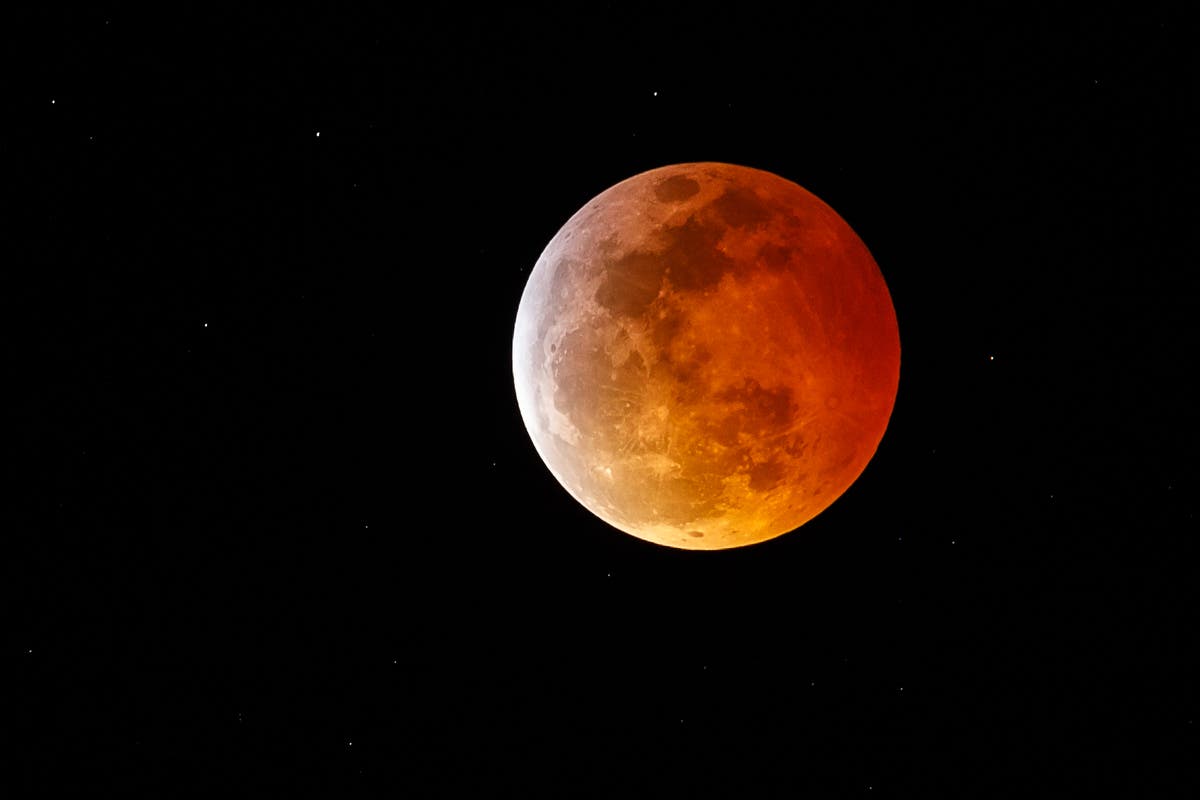 Night sky watchers in the western United States are set to enjoy a “super flower blood moon” in the early hours of Wednesday morning.

As the moon enters the Earth’s shadow it will turn a blood red colour during a total lunar eclipse, the first time in two years that it can be seen from the US.

“Hawaii has the best seat in the house and then short of that will be California and the Pacific Northwest,” said NASA’s Noah Petro, project scientist for the Lunar Reconnaissance Orbiter.

Experts say that it will all begin at around 1.47am PST on 26 May, when onlookers from Southern California to Washington state will start to see subtle changes to the color of the moon.

After several hours of travelling into the earth’s shadow the moon will begin to turn red at around 2.45am PST.

Wednesday's #LunarEclipse will be most visible in western states, but those south and west of the Delaware wedge will see at least some of the partial eclipse. Read more at https://t.co/Al3grypf96 #wral pic.twitter.com/vofu79xYDq

As it continues to travel into the Earth’s inner shadow the full face of the moon will become a deep red, starting in the Los Angeles area at around 4.11am PST.

Because of the way the moon orbits, the total eclipse will only last for an estimated 11 minutes and be complete by 4.25am PST.

Onlookers will then be able to watch the whole process in reverse as the moon leaves the Earth’s shadow before sunrise.

Experts say that the best place to watch it all unfold is in a dark location, such as a park or back garden, and to hope that cloud or fog does not get in the way.

The notorious light pollution in the Los Angeles area is an additional complication, but within several hours drive the city has two national parks, Joshua Tree and Death Valley, which have International Dark Sky status.

Borrego Springs near Anza-Borrego Desert State Park and Julian, which are both in San Diego County, California, are also both dark-sky communities.

The Great Basin National Park in next door Nevada also has dark-sky status.

In the Bay Area, experts say that the potential for coastal clouds or fog means that people should drive further inland to get the best view.

“For people who might feel like we’re missing out, set your calendars for 19 November of this year,” added Mr Petro, which will be when there is next a partial lunar eclipse.

The next total lunar eclipse will be May 2022.