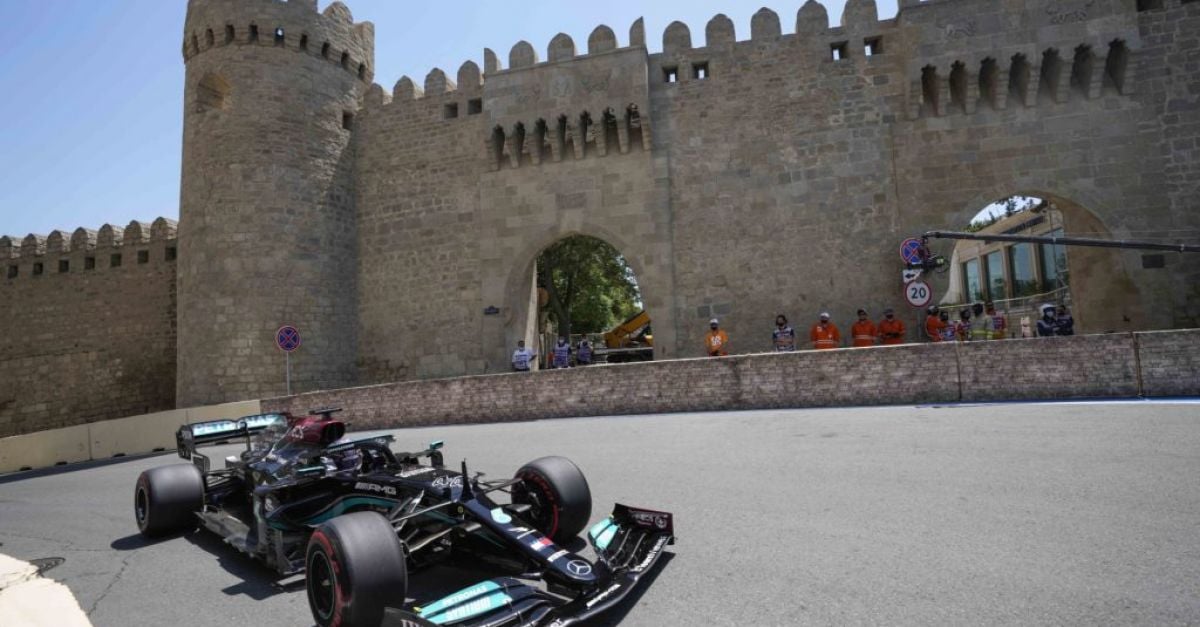 Lewis Hamilton finished only 11th in second practice for the Azerbaijan Grand Prix on a day to forget for the world champion and his struggling Mercedes team.

While rivals Red Bull set the pace in Baku – with Sergio Perez fastest in the day’s concluding running after Max Verstappen went quickest in the opening session – Hamilton was more than a second adrift.

The seven-time world champion will have been hoping to bounce back from a poor weekend in Monaco with the Silver Arrows unable to take the challenge to Verstappen.

Surprised the numbers on the template go that high! 🙃

But Hamilton, who finished seventh in the principality, heads into the remainder of the weekend facing an uphill challenge to prevent Verstappen from extending his four-point championship lead following the worst day of practice for Mercedes in recent memory.

Hamilton ran off the track in the first session to finish seventh before falling even further down the order later in the day.

“I am not going to go any faster,” the seven-time world champion, an eye-watering 1.049 sec slower than Perez, said over the radio. “I don’t know where all the time is.”

Hamilton’s team-mate Valtteri Bottas fared even worse, finishing 16th of the 20 runners and 2.1 sec down.

“We are just slow,” said Hamilton at the conclusion of play. “I feel like I am driving well. The car felt better in the opening session and then in FP2 there was just no more time in it.

“We are definitely quite a chunk down, and everyone will be scratching their heads and looking into the data and trying to figure out how we can improve.

“It didn’t feel good. I was pushing, and on the limit, but the car is limited. There are areas where I should be quicker, but there is just no more grip so we will work on it.

“It is not easy to be out of the top 10 on pace, and I don’t really know why we are where we are. It looks like we have gone backwards.”

📻 "Do whatever we need to do, I'm not going to go any faster. I don't know where all the time is"

Hamilton is down in P11 currently, over a second off Perez's time in P1 ⏱#AzerbaijanGP 🇦🇿 #F1 pic.twitter.com/hl7Vihs2ve

Verstappen arrived in Baku leading the world championship for the first time in his career following his triumph on the streets of Monte Carlo a fortnight ago.

And on the evidence of Friday’s practice, the Dutchman, who finished 0.101 sec behind Perez, appears primed to move further ahead given Red Bull’s encouraging pace and Mercedes’ peculiar difficulties.

Ferrari carried over their strong form from the previous round with Carlos Sainz and Charles Leclerc third and fourth respectively.

Leclerc secured pole position for the Scuderia in Monte Carlo, but he was unable to start the race following a gearbox failure sustained after he crashed in the closing stages of qualifying.

And the Monegasque driver was in trouble again on Friday after losing control of his Ferrari under braking for the left-handed Turn 15 and crashing into the tyre wall.

Leclerc was on a lap which could have put him fastest of all, but he locked up his right-front tyre and skidded out of control.

He hit the wall and lost his front wing before he limped back to the pits and later continued following repairs.

Pierre Gasly took fifth for AlphaTauri, one spot ahead of Alpine’s Fernando Alonso, with Lando Norris eighth for McLaren, 0.903 sec slower than Perez.

Leclerc is in the barriers 😱

The British driver, an impressive third in the standings, might have finished fastest in the opening session for the first time in his career, but he spun on the exit of what is effectively the final corner ahead of the long drag to the finish line.

The second session was suspended after just 12 minutes when Nicholas Latifi broke down in his Williams.

Latifi stopped on track following a mechanical failure on the exit of Turn 15 and the running had to be red-flagged as the Canadian’s Williams was removed.