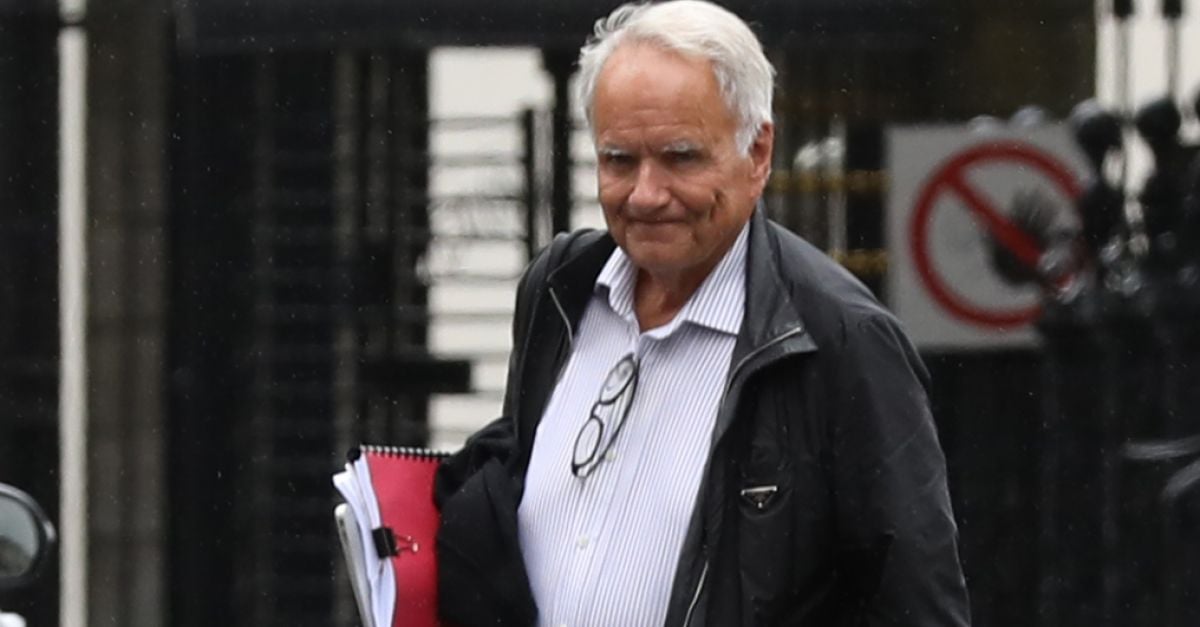 A freezing order made against retired businessman Peter Conlon, the former boss of collapsed charities fundraising service Pembroke Dynamic and two related entities, have been varied by the High Court.

The variation was made to allow Mr Conlon discharge a sum just over €40,000 in legal fees.

Mr Conlon was the founder and head of Pembroke Dynamic Internet Services Ltd, and related companies Ammado Technology Limited, and the Ammado Foundation, which were put into liquidation in 2018.

Liquidator Myles Kirby subsequently brought proceedings against Mr Conlon as part of his investigation into what happened to €3.8 million in donations to dozens of charities allegedly misappropriated by Pembroke Dynamic.

In 2018 Mr Kirby’s lawyers secured a High Court injunction freezing Mr Conlon’s assets, including any bank accounts he held, and prevented him from reducing his assets below a value of €3.8 million.

At the High Court on Friday Mr Justice Senan Allen agreed to vary the freezing order allowing Mr Conlon to pay €40.000, which had been held in a solicitor’s client account, towards legal expenses.

Mr Conlon (67), who the court heard has incurred considerable legal fees, sought the order to pay his lawyers. The money, the court heard, comes from a pension Mr Conlon receives from his past-employer Enterprise Ireland/IDA.

The court heard that the money from that pension was lodged into a relative’s AIB bank account in Dublin, as Mr Conlon did not have an Irish bank account.

By agreement the money was then transferred to the solicitor’s client account, where it remained frozen, due to the orders obtained against Mr Conlon.

In a statement of means submitted to the court Mr Conlon says he is currently in lockdown in Munich, Germany but normally resides in Eze, in the South of France, where he pays €700 per month in rent.

He is also paying rent for his accommodation in Munich. He says the only assets he has are properties in Ballsbridge, Dublin which he co-owns with his ex-wife. These are in negative equity to the tune of €4 million, the court was told.

He also says his only income comes from the State and private pensions totalling €428 per week. He also claims he has significant liabilities to various parties of over €10 million.

Rossa Fanning SC for Mr Kirby said his client was not opposing the motion, but still retains questions about Mr Conlon means and assets.

Mr Justice Allen said he was satisfied to grant the limited variation to the freezing order.

The Judge’s ruling was made in advance of the hearing of proceedings brought by Mr Kirby against Mr Conlon, which is listed for hearing later this month.

In his action against the businessman, Mr Kirby seeks various orders, including making Mr Conlon personally liable for the company’s debts.

Previously Mr Conlon, who founded the collapsed Pembroke Dynamic told the court he wants the injunction freezing his assets lifted and wishes to contest the liquidator’s application.

The case has been adjourned, with the freezing orders remaining in place, on several occasions.

Mr Conlon was jailed in Switzerland in 2018 after he pleaded guilty to embezzlement there to using almost €4 million – intended for charities – to fund his technology company.

He was jailed for four years, with three suspended and, as he had already spent a year in prison before his trial, was released in 2019.