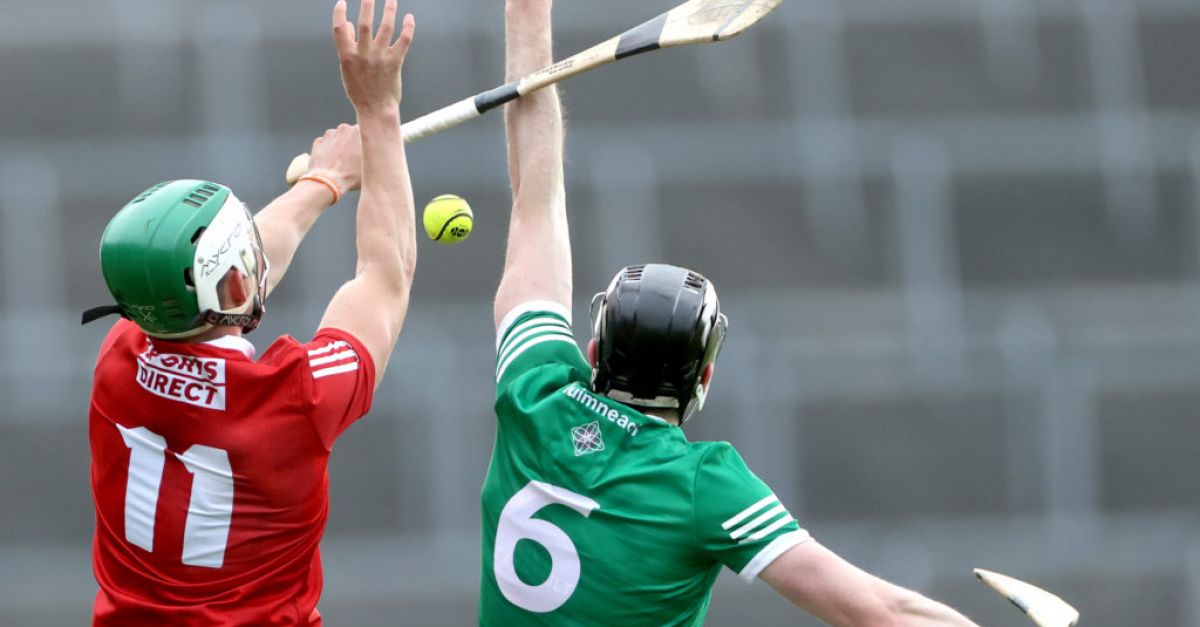 Limerick were back with a bang in the Gaelic Grounds at the expense of Kieran Kingston’s Cork.

Giving the Rebels their first loss of the league, Limerick secured their first win, earning them two very welcome points to help them climb a little further away from the relegation play-off spot.

The win for John Kiely’s charges never seemed in much doubt, but a goal from Jack O’Connor in the 11th minute showed they could reap the rewards if the opportunity presented itself.

Unfortunately for the visitors, that was to be the last time they would pull level, with Limerick making it look easy thanks to strong performances from Cian Lynch and Aaron Gillane.

By half-time, it was double scores, 0-20 to 1-7, and any questions regarding Limerick’s capabilities following their last two outings had quickly disappeared.

A second goal from O’Connor tidied up the scoreline for Cork, cutting the deficit to 10 points just before the second-half water break, but despite out-scoring Limerick in the final quarter the match ended eight points in the Shannonsiders favour, 0-33 to 2-19.

Jack O'Connor with an excellent finish to get his second GOAL for @OfficialCorkGAA v @LimerickCLG in Round 4 of the Allianz Hurling League #GAANOW pic.twitter.com/vNRV7Nw1Hp

In Division 1B, Brian Lohan will be able to breath a sigh of relief following Clare’s win over Dublin in Parnell Park.

Although the opening 30 minutes were dominated by 12 points by the Banner, the game spun after Dublin’s Ronan Hayes found the net to level the game, followed shortly by another from Cian Boland to make matters worse for the visitors.

Taking 2-3 in the space of five minutes to no reply, bringing them back from five points down, Dublin looked well on their way to their third win in Division 1B as Clare limped into the half-time break, two points down.

Returning to the pitch, it did not take long for Clare to pull back level, with a point from Aidan McCarthy in the 39th minute making it 2-13 to 0-19.

Another two points from McCarthy and four from Tony Kelly helped their side to a three point lead by the time the second-half water break rolled around, with Dublin noticeably beginning to tire.

The fatal blow for the Dubs came in the 62nd minute, when Eoghan O’Donnell was issued his marching orders on a second yellow card.

From there Clare made light work of seeing out the game, 2-23 to 0-34, claiming just their second win of the season.

Earlier, a draw was only right in Corrigan Park after a mammoth second half showing by Antrim saw them share the spoils with Wexford, each adding a point to their league tally.

Wexford got the better start, with goals from Conor McDonald and Paul Morris within the first ten minutes putting them five points ahead.

The remainder of the first half saw little improvement for the homeside, with that deficit still hanging over them at the half-time whistle.

Needing a result to pull them away from the danger of the bottom end of the league table, Antrim started strong with three points to bring the difference back to three, before a red card for Wexford’s Matthew O’Hanlon in the 43th minute gifted momentum to Darren Gleeson’s side.

Getting themselves out in front for the first time in the 57th minute, Antrim sensed a win was for the taking. Dropping back after a few quick points from Davy Fitzgerald’s men, a goal from Shea Shannon once again had the hosts up by one.

A red card for Neil McManus saw Antrim also down to 14, but a handful of wides for the visitors made for a nervy final few minutes.

With two of the nine minutes of added time remaining, the sides were level after a shot from Lee Chin pulled wide. Quickly rectified, Wexford shot themselves ahead with 90 seconds left on the clock only for a superb effort from Keelan Molloy clawing back the draw as the final whistle sounded, ending 1-21 to 2-18.

In Division 2A, Kerry claimed a huge win over Wicklow in Austin Stack Park.

After waiting until added time of the opening half to take their first goal of the afternoon, the hosts snatched two more within 15 minutes of the restart.

Nathan Guerin raised the green flag for the Kingdom for the final time before Gary Hughes claimed one back for Wicklow to somewhat ease the losing margin, ending 4-30 to 1-17.