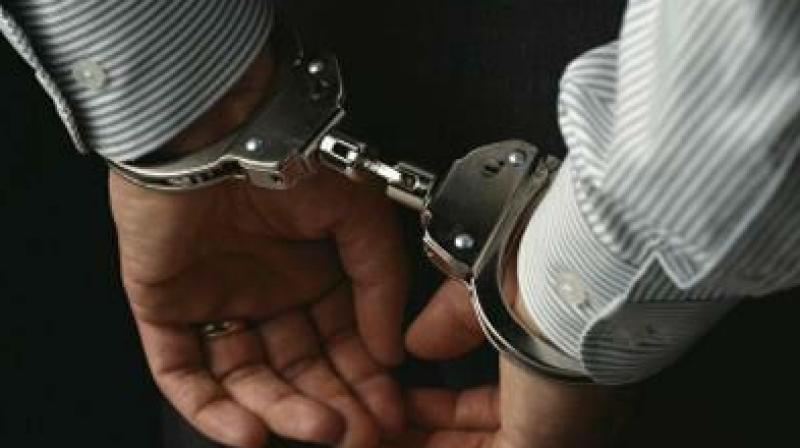 HYDERABAD: The Mattampally Police in Suryapet has put under arrest a journalist from Malkajgiri a few hours after he was taken into custody by them on Thursday afternoon, when he stepped out of his home to buy groceries.

The family members, who suspected he was abducted by some gang as he was incommunicado for about three hours, received a letter from the police later in the day, stating that he was placed under arrest.

Raghu Ramakrishna, who has been writing for Tolivelugu and contributed pieces to other media outlets, was a critic of the ruling Telangana Rashtra Samithi (TRS).

The SHO of the Mattampally police, in a statement to Raghu’s wife, said that the scribe was arrested at 12.45 pm on June 3 near his house in Hyderabad after he was informed of the grounds for his arrest. He was later produced before a local court before being remanded to judicial custody.

Police sources said the arrest was in connection with an old case wherein he was named as accused number 19, and booked under Sections 146, (rioting) 147 (punishment for riots) and 148 (rioting armed with deadly weapon), 332 and 333 (voluntarily causing hurt to deter a public servant from his duty) read with 149 (unlawful assembly) of the IPC, besides other sections of the Criminal Law Amendment Act, 1932.

Police officials at Malkajgiri said that as per the law, they should “inform” an individual either before or after his arrest. “We received information about the arrest a while after the cops took him into custody. Since it’s the law and order police of the state that made the arrest, they need not inform us beforehand,” said Malkajgiri inspector B. Jagadeeswar Rao, explaining the delay in informing Raghu’s family of the arrest.

Journalist unions and political parties across the city have expressed their anger and condemned the move by the TRS government.