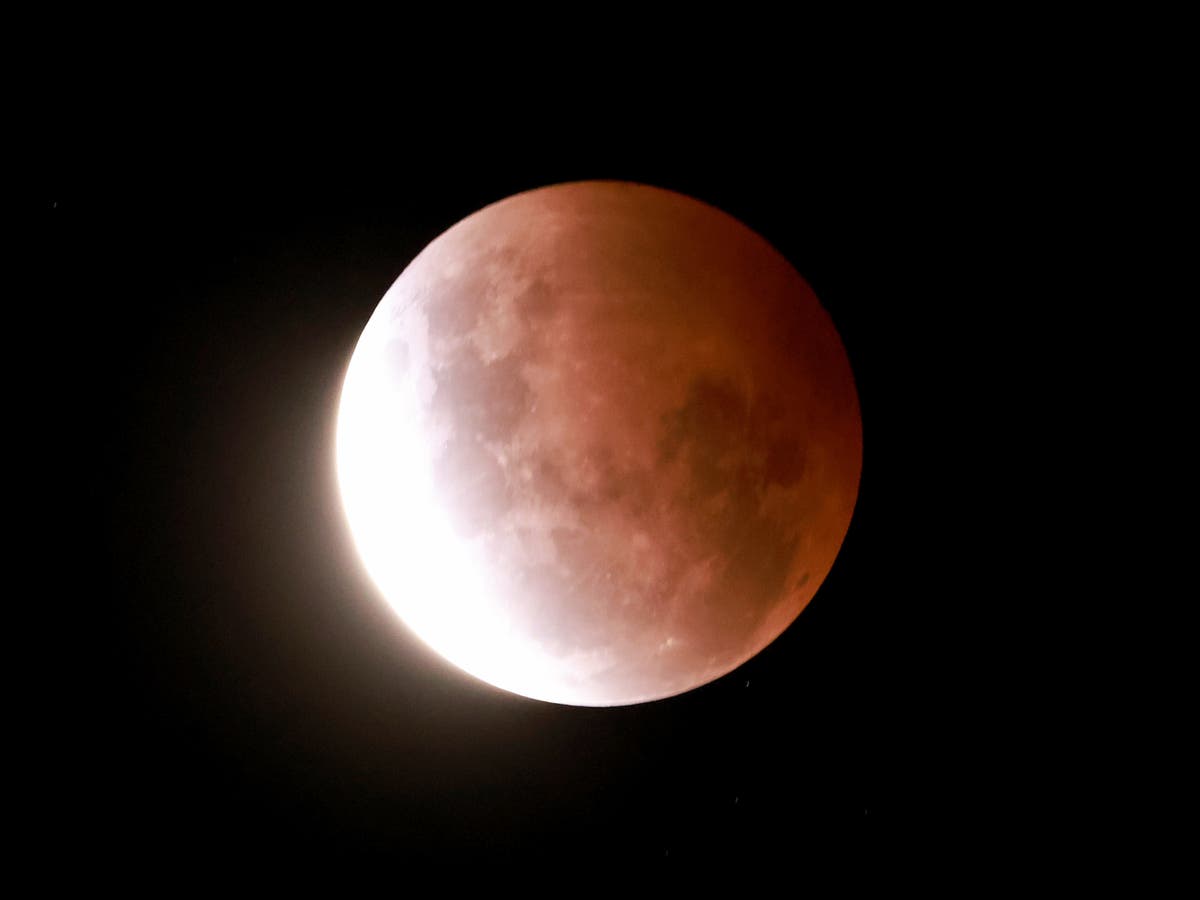 Stargazers across the world have been enjoying the astonishing spectacle of a “super flower blood moon” hanging in the night sky.

An extremely rare dual phenomenon, it was caused by the May full moon lying at its closest point to the earth during its orbit – making it appear larger and brighter – at the same time as a lunar eclipse took place, prompting the moon to turn a brilliant shade of copper red as it drifted into our planet’s shadow.

The sight made for some extraordinary photographs across the globe, as the following collection illustrates, with only the UK missing out on its full glory because, somewhat inevitably, heavy cloud cover caused the view to be partially obscured in many areas.

There were some fabulous shots from across the US, with these from California, Missouri and Hawaii among the most striking.

The continent’s many historic buildings, not least its cathedral and church spires, provided an ideal focal point for moon shots in Europe, with the following from the Czech Republic, Russia, Turkey and our own Stonehenge among the loveliest.

Brazil though had the beating of the Europeans at their own game – just as they are accustomed to at most World Cups – with these astonishing shots of the blood red moon rising up from between the tower blocks of Brasilia and beaming out from behind the famous statue of Christ the Redeemer in Rio some of the the most breathtaking caught anywhere.

The image below from Taipei is surely a contender for the most illuminating photograph of the “super flower blood moon” in action but the bottom shot of the sphere looming over a brisk-looking Hong Kong is also loaded with atmosphere.

Arguably Brazil’s only serious challenger when it came to iconic landmark shots, Australia found itself with an astonishing view of the astral phenomenon and did not waste the opportunity to enjoy it at the beach.