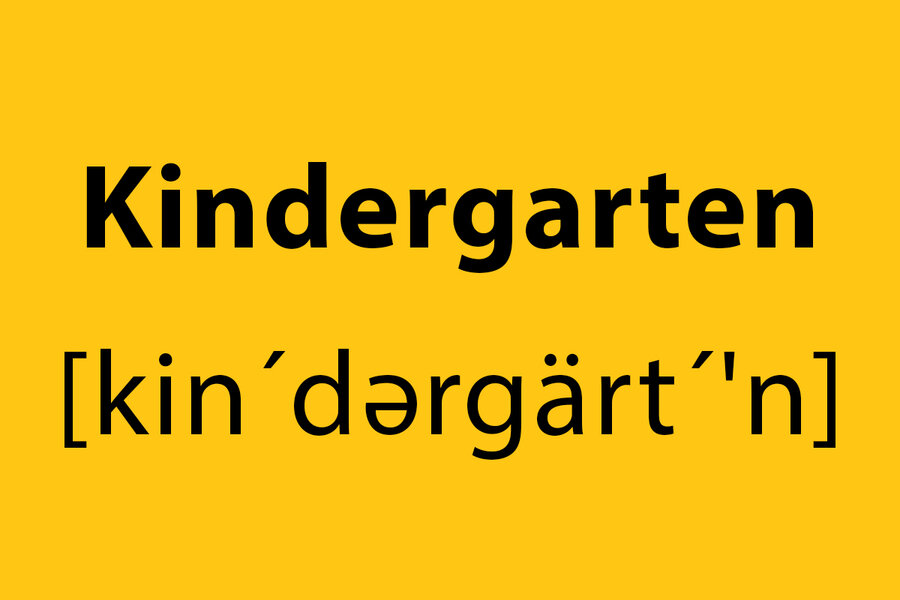 esearching graduation and mortarboard for last week’s column, I discovered that schools in the United States hold graduation ceremonies for children as young as 4. There are preschool graduations, kindergarten graduations, first grade and sixth grade graduations, not to mention the more usual eighth grade and high school ceremonies.

Looking at this list, the word kindergarten sticks out. Most grades are identified, quite boringly, with everyday English words. Why do 5- and 6-year-olds get to attend kindergarten, with its evocative and obviously German name?

In the 1830s, German teacher Friedrich Froebel envisioned a revolutionary type of school for children of 4 to 7 years old. It would nurture development through three key elements: creative play; physical activity and singing; and gardening, which would teach them to notice and appreciate the natural world. To help his ideas spread, he gave his school a catchy name: the Spiel- und Beschäftigungsanstalt (Play and Activity Institute). A few years later he changed it, and by the 1870s there were kindergartens across Europe and the U.S.

Kindergarten is formed from two German words, Kinder (“children”) and Garten (“garden”). A website devoted to Froebel’s work explains that it “signifies both a garden for children, a location where they can observe and interact with nature, and also a garden of children, where they themselves can grow and develop.” The word beautifully sums up Froebel’s vision.

It is such a good name that it survived the wave of anti-German sentiment that swept the U.S. during World War I. German was banned from many schools and public offices – California, for example, condemned it as “a language that disseminates the ideas of autocracy, brutality, and hatred.” Towns changed their names – Potsdam, Missouri, became Pershing, after Gen. John Pershing, who commanded U.S. forces in Europe – and the country’s hundreds of German-language newspapers went bankrupt.

German words were also purged from the English language. Sauerkraut became “liberty cabbage,” frankfurters turned into “hot dogs,” and the Fahrenheit thermometer was viewed with suspicion. There were scattered proposals to Anglicize kindergarten too – “play school,” “subprimary,” and “preparatory primary” were all candidates – but they didn’t catch on. The idea of kindergarten was well established by 1918, and the name had to stay. As teacher Almira Winchester put it, no other word could so “aptly and euphoniously” describe it – as a happy place where children could learn and “blossom” through play.