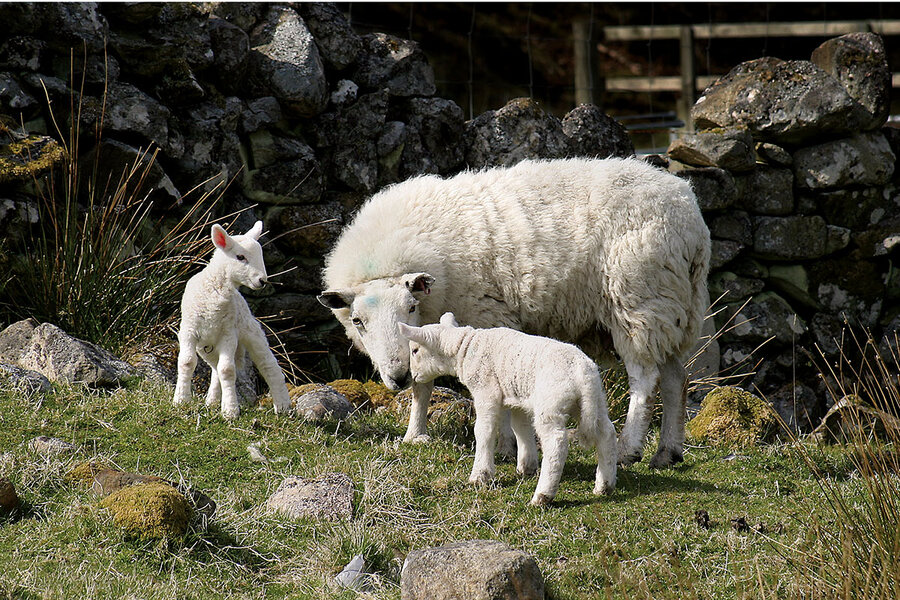 “Which boots?” he asked.

“Not your new Timbs. It could get messy, and they were expensive.”

Will was not born to farm. He found most of the smells repulsive. Splitting and stacking wood was “disgusting,” and the squealing of the pigs totally freaked him out. “It’s all pretty stressful, Mom,” he concluded one day.

I’d gotten the sheep for him and his brother so they could join 4-H and show the animals at the county fair. They were beyond excited at the prospect and promised they would help with the chores.

I dropped Will at the fair one morning as his friends were showing sheep, and he was keen to see what it was all about so he’d be prepared for next year.

Two hours later, he called. “Can you come pick me up?”

“Really?” I asked. “Is something wrong?”

I’ll tell you in the car was big. It usually meant a 73 on a science project he’d worked really hard on, or a spiteful coach who hadn’t moved him up to varsity.

“Oh, thanks, honey,” I said, taking the candy apple from him when he sat down in the passenger seat. “So?” I asked.

“I’m not going to join 4-H or show sheep. It is waaay too much work,” he said. “Sorry, Mom, I know we already have sheep. I promise I’ll help. Just not the mucking-out-the-barn part. I dry-heave.”

Remember that scene in “The Godfather,” when Don Corleone says to Amerigo Bonasera, “Someday – and that day may never come – I will call upon you to do a service for me”? That someday had come to Knot Hollow. It was time for my son to pay up.

I said, “Son, I need you to stand at her head, and hold her still. I’m going to go in and see what’s going on.”

“You’re going to stick your hands inside? Do you even know what you are doing? Have you done this before?”

“No honey,” I said, “but if I don’t do anything, we’ll lose Marjorie and however many babies she’s carrying.”

I prepared myself and put my hands inside. I felt hoofs but no face. Her baby was breech. I was up to my elbows when I felt the head. I cradled the lamb and gently turned it clockwise. It was remarkably roomy in there. And warm. Nothing at all scary about it. Once I got the lamb’s head in position, I pulled it out.

I have done many things in my life, but this was both the hardest and the most magical. A Buddhist nun, Pema Chödrön, calls it “the wisdom of no escape.” I know exactly what she means.

I wiped off the lamb, put him under Marjorie’s nose, and watched her nudge and lick him until he could stand up on his own.

We named him Hay-Zeus. It was Easter Sunday, after all.

“Mom,” said Will, staring at me, “that was the coolest thing I’ve ever done.”

I started to cry.

Mr. Fletcher, our gruff neighbor, came into the barn just then. I guess he was coming to get a round bale for his cows.

“So why are you crying?” Mr. Fletcher said, looking at me.

Looking at slavery without looking away. The challenge of ‘Underground Railroad.’

Too much trowel and error? These gardening shows could help.