Hello dear homemade products and visitors of this site!
In one of my articles, I talked about how you can make a decorative pond on your site (who is interested – you can look at my homemade products). So – when digging it up, and I have it big enough, the question arose of what to do with the removed soil.
After consulting with his wife, we decided to set up a flower garden near this pond. The two sides of the flower garden fell on the foundation of the house, i.e. it was enough to overlay the foundation itself with roofing material so that the earth and moisture did not touch the masonry, then I had to tinker a little with the third party. It is open and, accordingly, the ground constantly crumbled and the flower garden itself would slowly slide. Or it would be washed out by precipitation. Therefore, it was necessary to do something and do something so that the earth would not crumble. The fastest and cheapest option is to make a side of wood. Temporary side. Therefore, in the nearest forest plantation, willow branches were cut, with a diameter of about 5-9 cm. The first side was made of them. And this year the tree began to deteriorate. And not the willow branches themselves, but the fastenings that were driven into the ground and held the crossbeams. The flower garden began to crumble. I urgently needed to do something different and more durable!
For work I needed:
angle grinder with cutting disc,
screwdriver,
hammer and sledgehammer.
Here this is what the flower garden looked like when I started to take it apart. 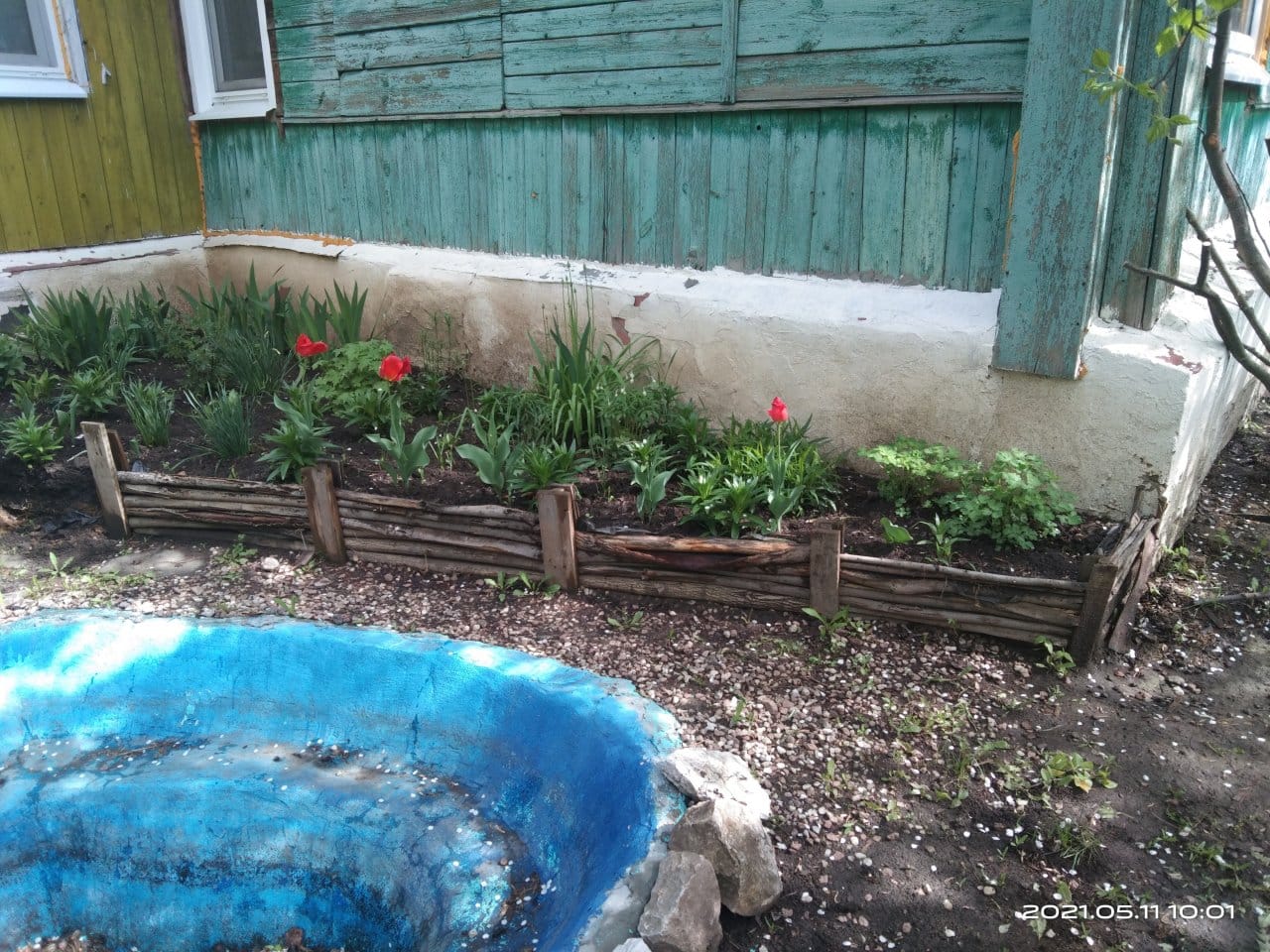 It was originally planned to make a side from metal corrugated board. But then I remembered that somewhere I saw pieces of siding left over from the time of buying the house, which were left by the previous owner. Having found them, I realized that they are the best fit for my purposes! Using a grinder with a cutting disc, I cut off both edges of one siding strip, and one of the other, leaving the upper part intact so that there was a stiffener. There was a mistake here. You shouldn't have cut the side siding bindings together. With them, this fence would be more durable, and it would be easier to align it. 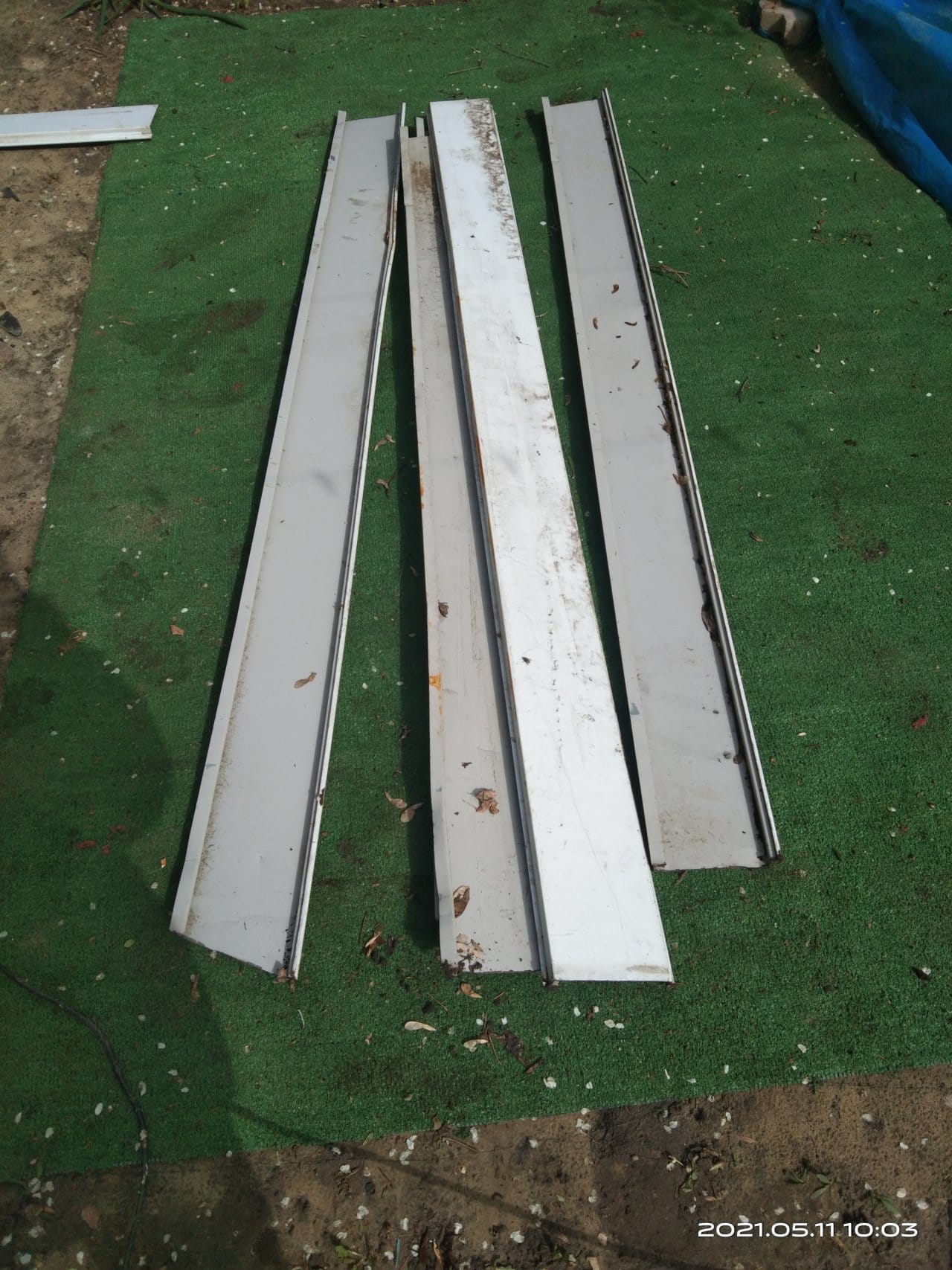 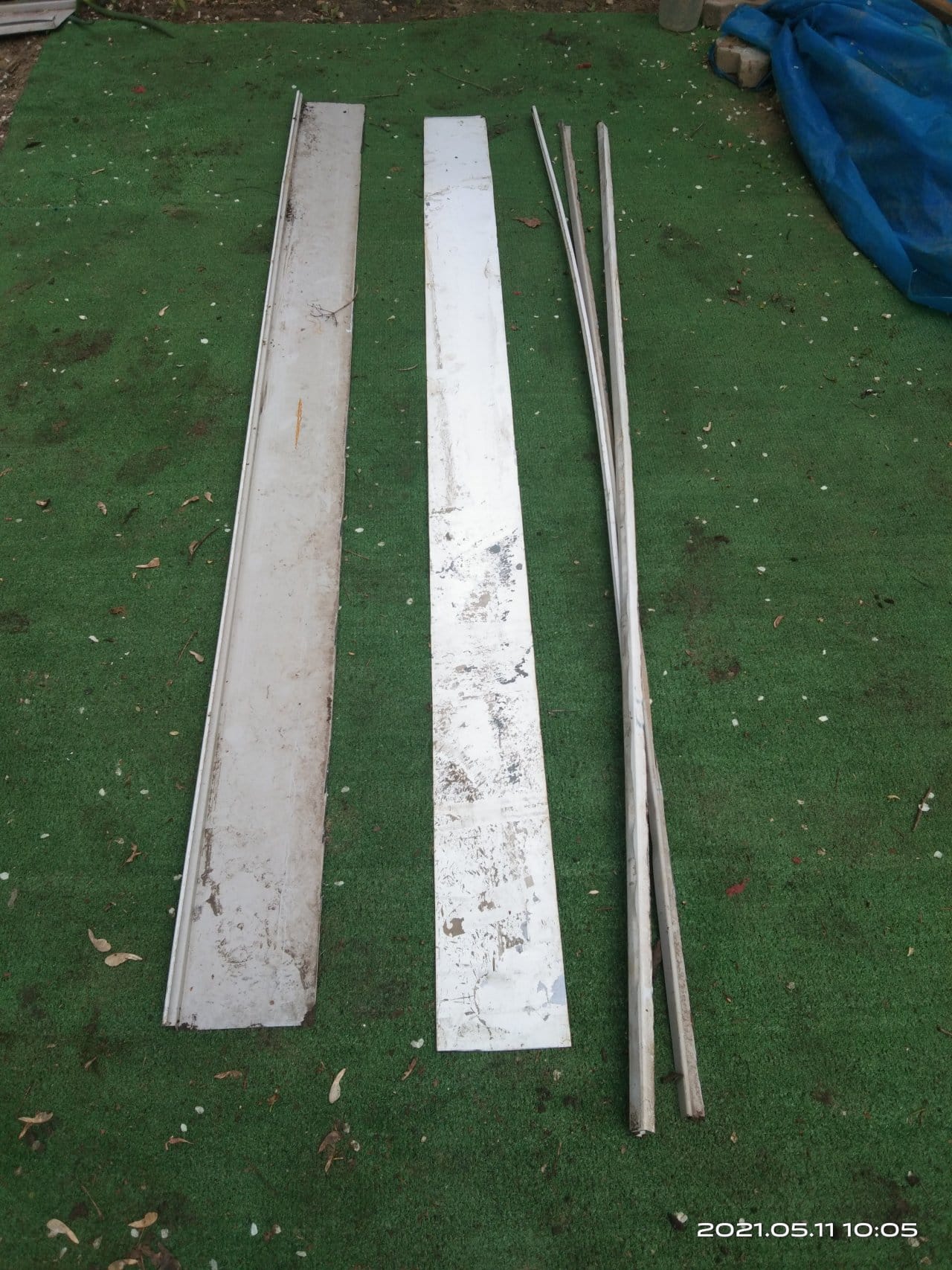 Then posts were cut from a 40 * 20 * 1.5 mm profile pipe to which the siding will be attached. I sharpened one side of the posts so that it was convenient to drive them into the ground. Previously, there was a cement track at the place of their installation, so new holes had to be made here and there.
To make the posts stand more firmly, cement mortar was poured inside. Then, when the solution rose almost to the edges of the pipe, I pulled it out of the ground a little, and the cement went into the resulting void. Thus, a kind of strength cushion was obtained. The next day I started installing siding strips on the posts. 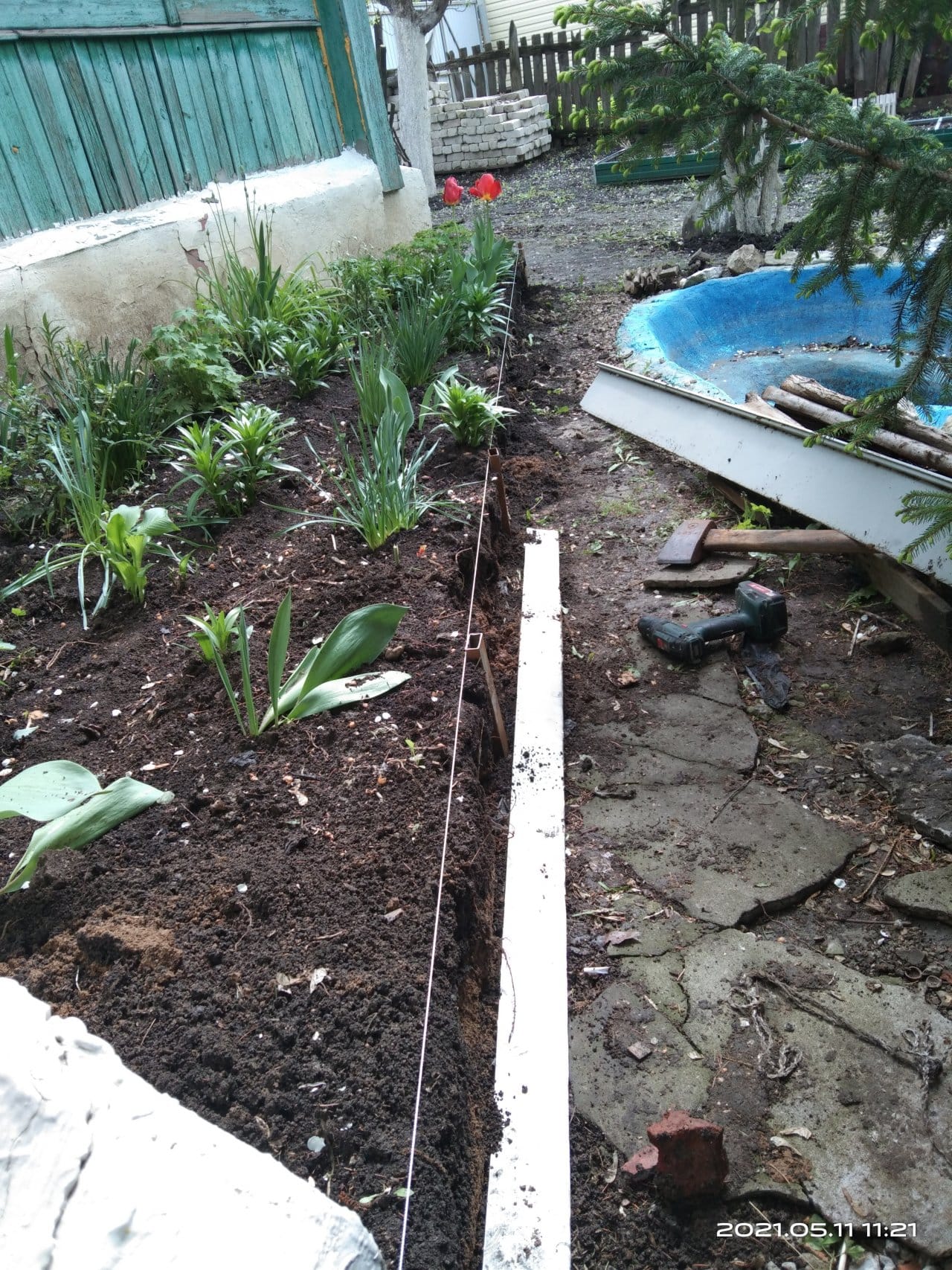 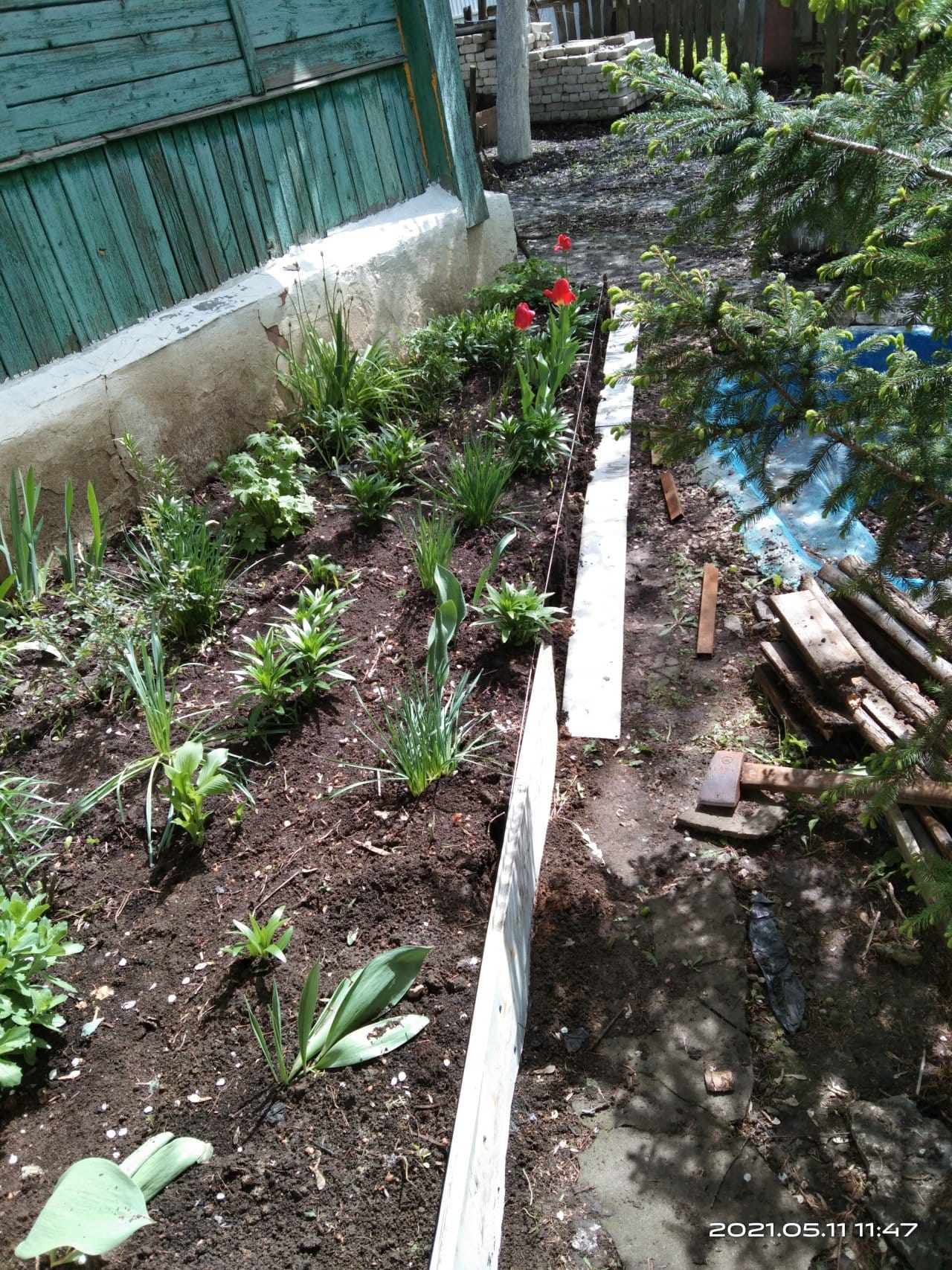 Although everything was aligned with the rope, some of the posts went a little to the side. Most likely this happened due to the drying of the cement underground. Not critical, nevertheless, it is still not very pleasant.
Everything was pulled together with self-tapping screws for drywall. After completing all the work, sand and earth were added along the edges of the sides from the side of the flower garden. In the end, it turned out, in my opinion, of course, pretty good. 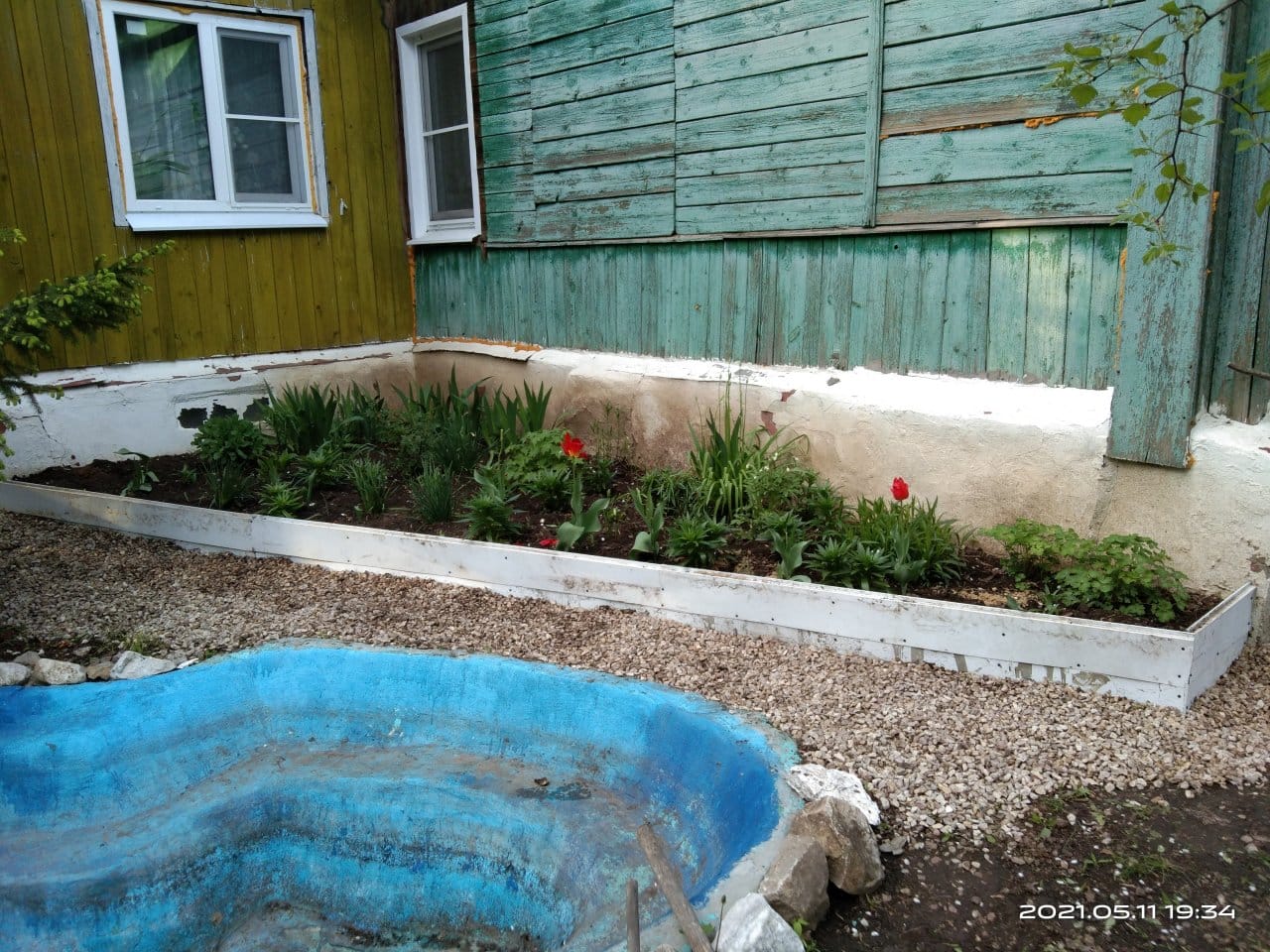 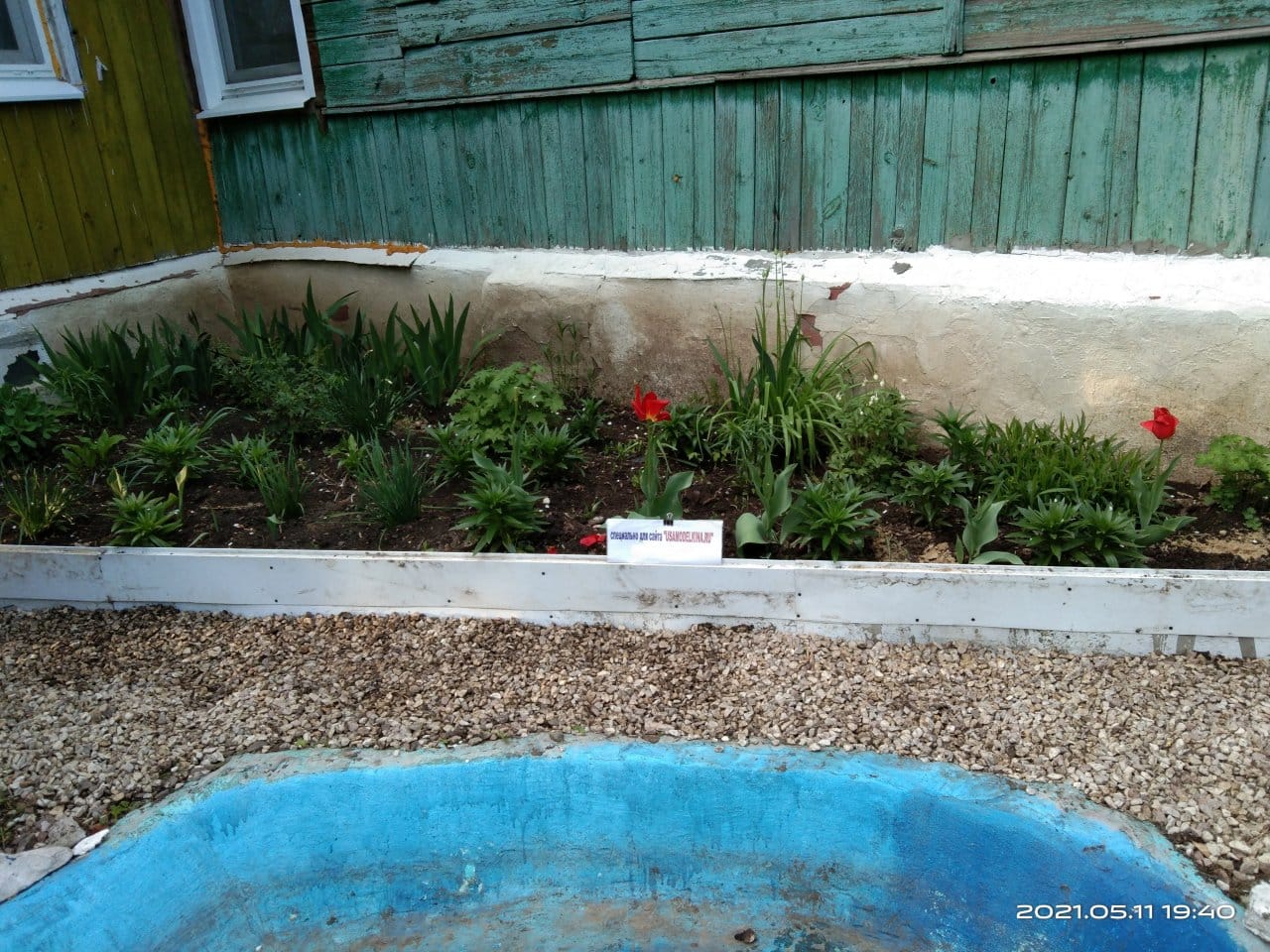 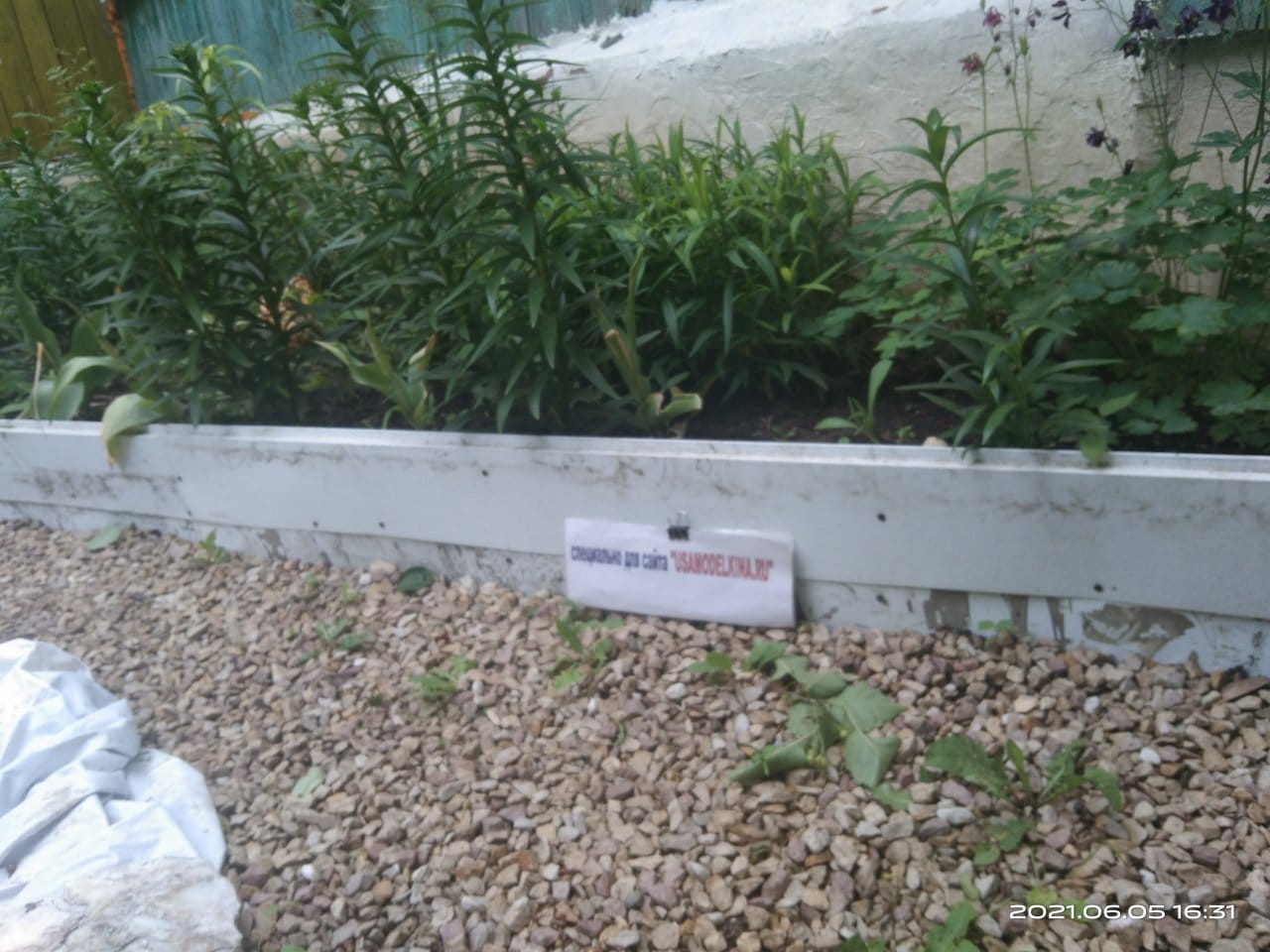 Thank you all for your attention! Until next time!