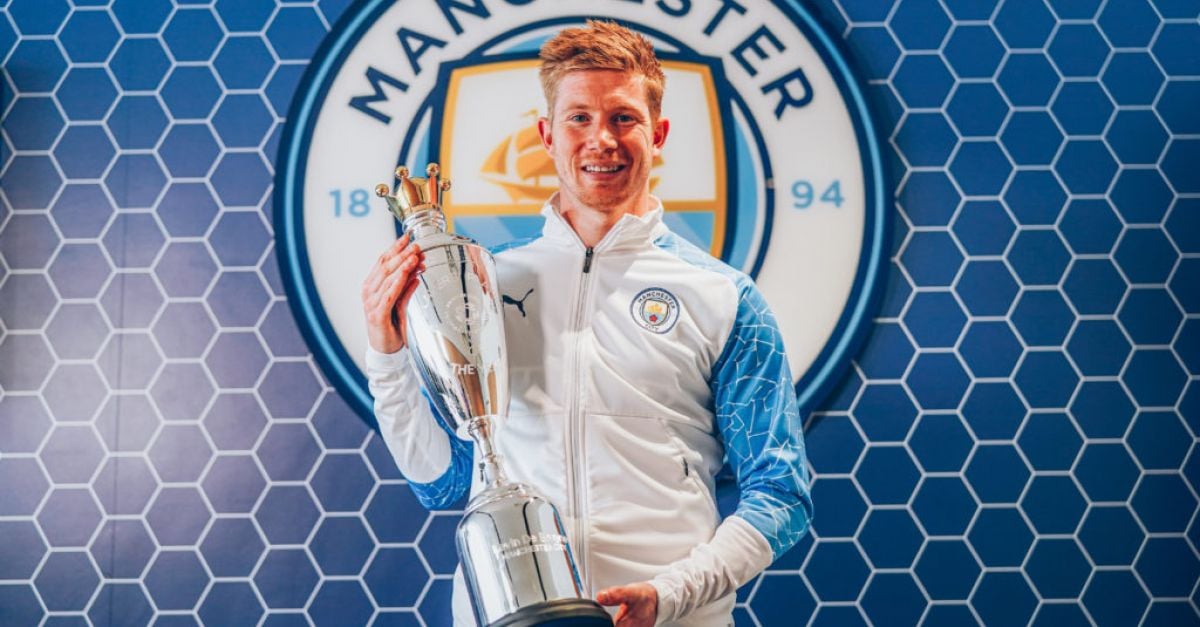 Kevin De Bruyne has been named the Professional Footballers’ Association’s men’s player of the year for the second successive season.

Manchester City midfielder De Bruyne (29) is the first player to win the men’s award for two straight campaigns since Cristiano Ronaldo in 2006-07 and 2007-08.

“I am becoming more of a leader on the pitch, off the pitch. I am learning a lot about myself, about the way the team is run and it can only help me for the future,” De Bruyne said in a video released by the PFA.

“You want to win all the trophies with the team and then obviously if you win a trophy like this, this is probably the most important one as an individual trophy in the league.

“To be voted by your competitors who you compete with every game, that says a lot. They are the people, in my view, who know the most about the game and they are trying to get to the best level.

“When you have these things, you can show your kids and say, ‘Look, this is what daddy did when he was younger’.”

Foden capped a superb campaign by being named PFA men’s young player of the year.

Incredibly honoured to win the @PFA Young Player of the Year award. There have been so many great young talents this year so it's a very special moment. Thanks to everyone for your support, especially the staff at @ManCity & my teammates as without you it wouldn't be possible 💙 pic.twitter.com/Chay8sRvon

The 21-year-old scored 16 goals in 50 appearances for City in all competitions as Guardiola’s side won the title and Carabao Cup while they also reached the Champions League final.

Foden said in a PFA video: “I’m really honoured. There have been some great players in the past that have won it and I feel really lucky to win it because there have been so many great young talents this year. It’s a special moment.”

Chelsea and England forward Kirby scooped the women’s accolade, having found the net 25 times in all competitions as the Blues retained the Women’s Super League title and won the League Cup.

It is the second time the 27-year-old has won the award following her success in 2017-18 and the second occasion she has also been voted women’s footballer of the year by the Football Writers’ Association in the same term.

Kirby said on Twitter: “Extremely humbled to have won the PFA award. Coming back this year has allowed me to find a new love for the game and I’ve enjoyed every minute. Thank you to my team-mates and everyone at Chelsea for an incredible year. Thank you to everyone who voted for me.”

Hemp clinched the women’s young player of the year award for the second consecutive season and for the third time in her career.

The 20-year-old scored nine goals in 21 appearances in all competitions this season and said in a PFA video: “I hope to keep on improving because I know I’m not the finished product.”

Hamilton ‘destroyed’ after failing to take advantage of Verstappen’s crash